Padres get Pham, Cronenworth from Rays for Renfroe 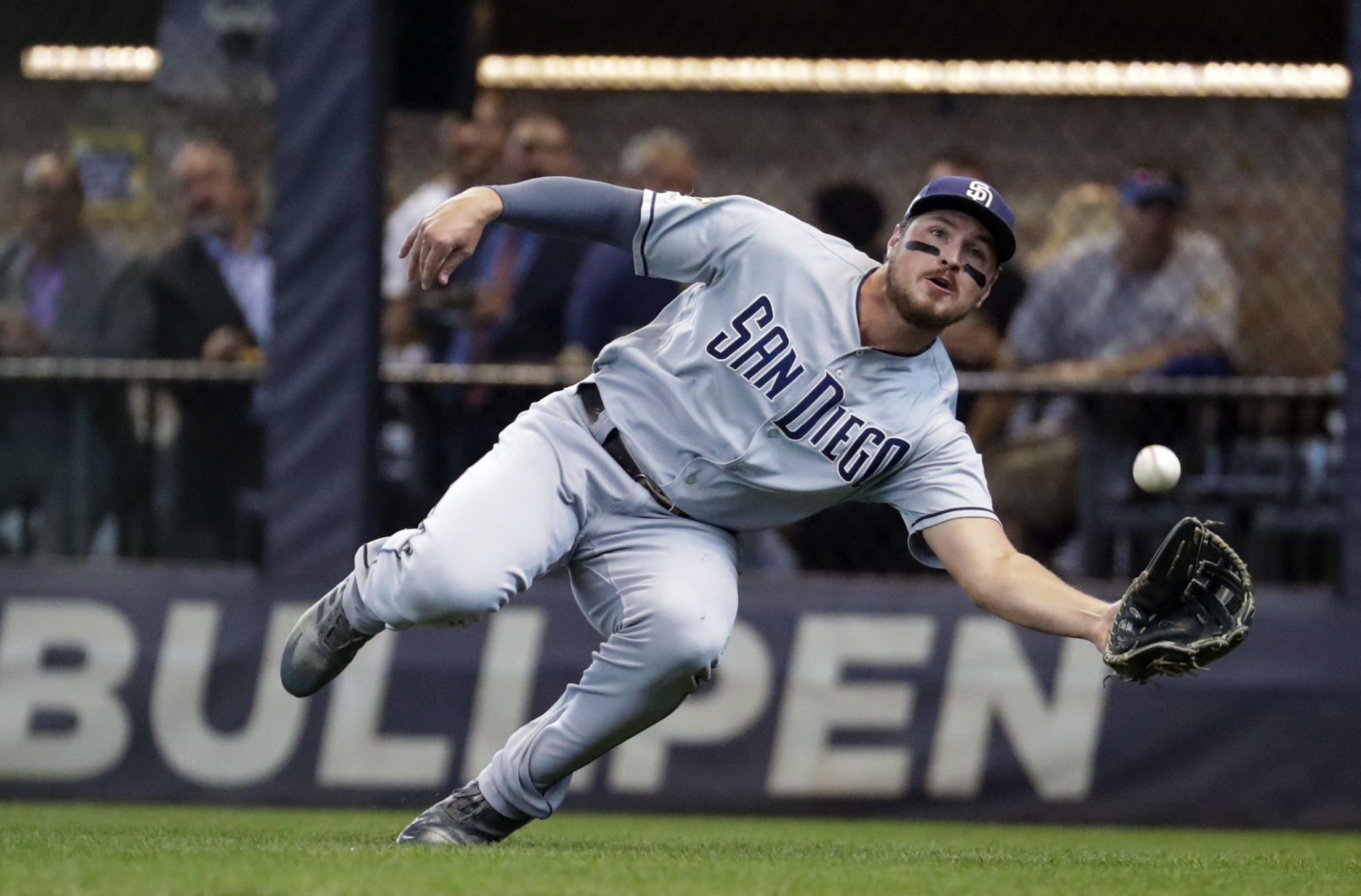 “We tried to address every area of our ballclub and we feel we’re improved at this point,” Preller said.

The Padres need to get better. Even with $300 million slugger Manny Machado and rookie phenom Fernando Tatis Jr., they had their ninth straight losing season and missed the playoffs for the 13th consecutive year. They finished last in the NL West at 70-92, their fourth season in a row with 90-plus losses.


Pham gives the rebuilding Padres some pop after they finished near the bottom in the majors in most offensive categories.

Pham hit .273 with a .369 on-base percentage, 21 home runs and 68 RBIs last year. He set the Rays’ franchise record with a 48-game on-base streak. He helped Tampa Bay beat Oakland in the AL wild-card game and then batted .333 with one homer in the Division Series loss to Houston.

Preller said the Padres have had their eyes on Pham and Cronenworth for a few seasons. He said he likes Pham’s “fire” and “pitch-to-pitch grind.”

Cronenworth led the International League with a .334 batting average for the Triple-A Durham Bulls and also made seven pitching appearances, including six as an opener.

Cronenworth will be looked at primarily as an infielder, but the Padres will keep their options open on using him as a pitcher. “He fits our group in a lot of different ways,” Preller said.

Renfroe hit 33 homers last year, his third full season in San Diego, but struggled in the second half. He hit 26 homers in each of the previous two seasons.

The 20-year-old Edwards has played two seasons in the minors, batting a combined .328 with 56 stolen bases.

Bernie Wilson is a reporter for The Associated Press.