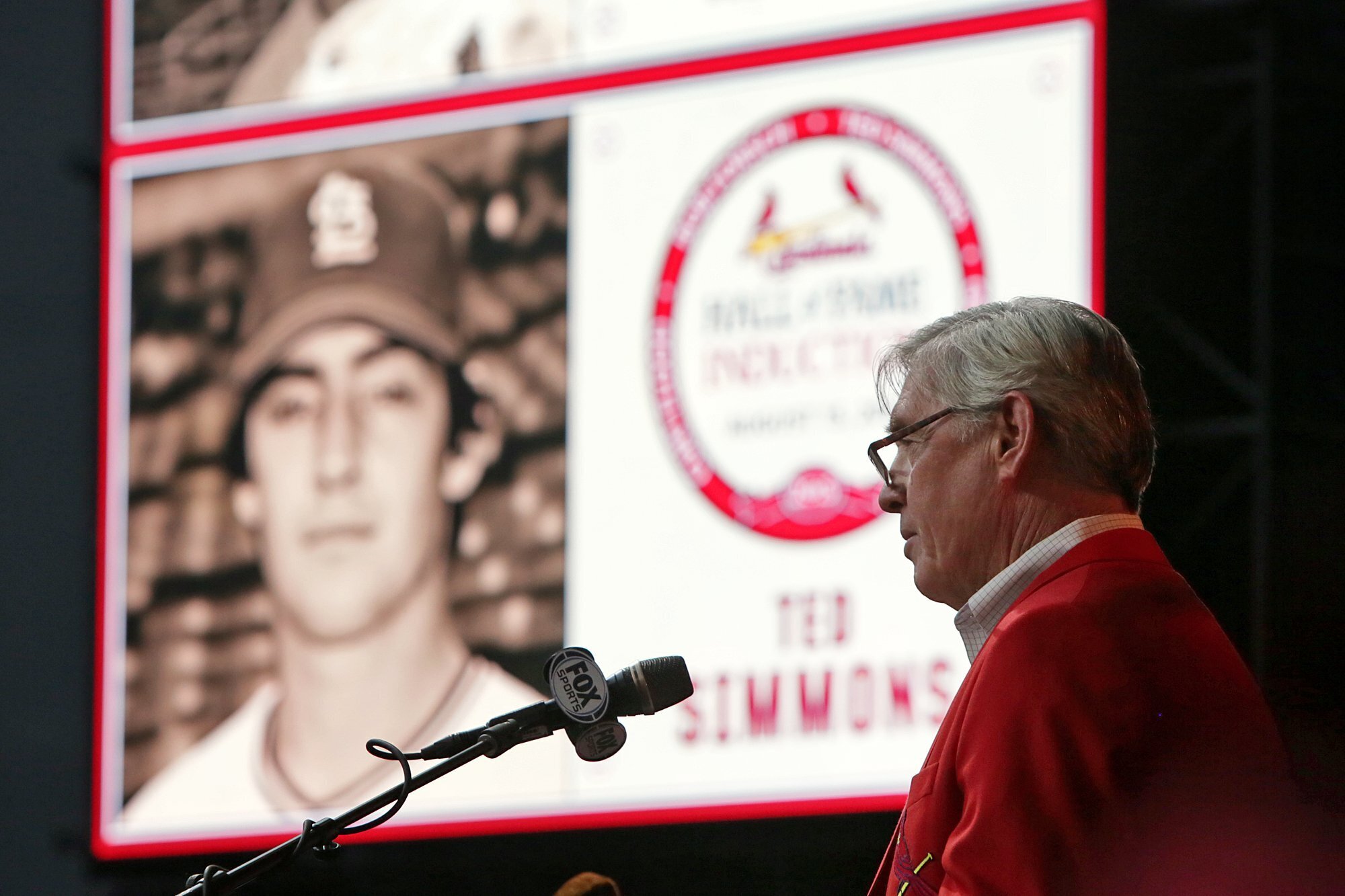 Ted Simmons can thank WAR, on-base percentage and other modern measures of baseball players for helping him reach the Hall of Fame 31 years after he retired.

The eight-time All-Star catcher was elected to the Hall by a veterans committee after falling one vote short two years ago.

Simmons received 13 of 16 votes when the modern era committee gathered Sunday ahead of the winter meetings. Also elected was Marvin Miller, the union leader who revolutionized baseball by empowering players to negotiate multimillion-dollar contracts and to play for teams of their own choosing.

“This is a great, great day in my life,” Simmons said during a conference call. “It’s obviously a very special day for me and Marvin’s family and I’m just very, very pleased to be a part of it.”


He will be inducted into Cooperstown during ceremonies on July 26 along with any players chosen next month by the Baseball Writers’ Association of America from a ballot headed by former New York Yankees shortstop Derek Jeter.

Simmons made just one appearance on the BBWAA ballot, receiving 17 of 456 votes (3.7%) in 1994, falling shy of the 5% threshold to remain on the ballot. Simmons was on 11 of 16 ballots when the modern era committee met in 2017 and elected Jack Morris with 14 votes and Alan Trammell with 13.

He has benefited from modern metrics such as a Baseball Reference WAR of 50.3. Eight other players who were primarily catchers topped 50, and they are all in the Hall: Johnny Bench, Yogi Berra, Gary Carter, Bill Dickey, Carlton Fisk, Gabby Hartnett, Mike Piazza and Iván Rodríguez.

Simmons said he thought his one-and-done on the BBWAA ballot would forever keep him out of Cooperstown.

But then analytics came along.

“If it weren’t for the analytics people, my career as a potential Hall of Famer probably would have been shut down and forgotten about a long time ago,” he said. “When people started talking about on-base percentage and WAR, and explained how WAR comprised, then it became a real look into a real study and then a real comparison started to develop.

“”I played in an era with Bench and (Manny) Sanguillén and Fisk, Carter, (Bob) Boone, (Steve) Yeager, all those people through that period as catchers. It’s difficult to match up with people like Bench, who won World Series year in, year out, Fisk in Boston, who had great, great years.

“As analytics departments became so in depth, people started telling me about WAR, what was involved with that. People started looking at me and it revitalized my whole candidacy for the Hall of Fame.”


Nicknamed Simba for his shoulder-length hair, Simmons was an outspoken opponent of President Richard Nixon and the Vietnam War. In the days before free agency, he played much of the 1972 season without a contract because of a pay dispute, finally agreeing to a two-year deal in late July.

Following his retirement as a player, Simmons became the Cardinals’ director of player development. He was hired as Pittsburgh’s general manager in January 1992 and the Pirates came within one strike out reaching the World Series before losing Game 7 of the NL Championship Series to Atlanta. He presided over a teardown that included the departures of Barry Bonds and Doug Drabek, then quit in June 1993 following an angioplasty procedure to unclog a blocked artery to his heart.

Bernie Wilson is a reporter for The Associated Press.