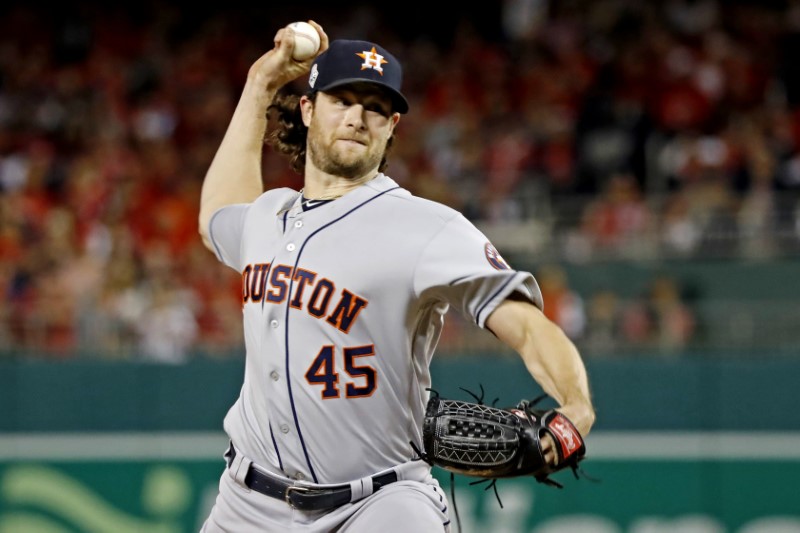 After coming up short against the Houston in the American League Championship Series in the fall, the New York Yankees appear poised to go after the Astros’ ace during the winter.

According to a report Thursday by ESPN’s Jeff Passan, the Yankees will make signing free agent right-hander Gerrit Cole a top priority, and ownership has OK’d a record-breaking offer for a pitcher.

Cole, 29, was 20-5 last season, leading the AL with a 2.50 ERA and the majors with 326 strikeouts. He was an All-Star for the third time, finished second to teammate Justin Verlander in Cy Young voting, and helped lead the Astros to within a game of winning their second World Series in three seasons.


According to the report, the Yankees grew more interested in Cole after meeting with him this week, and decided shortly after they are comfortable with an offer eclipsing the seven-year, $217 million contract David Price landed from Boston in December 2015.

The report added that the Los Angeles Angels are preparing for a bidding war with the Yankees for Cole’s services, and that the final offer is expected to go beyond $250 million. The Los Angeles Dodgers also have interest in Cole, among other pricey targets, per the report.