German’s ban is the longest levied by MLB under its domestic violence policy for a player who was not formally charged. 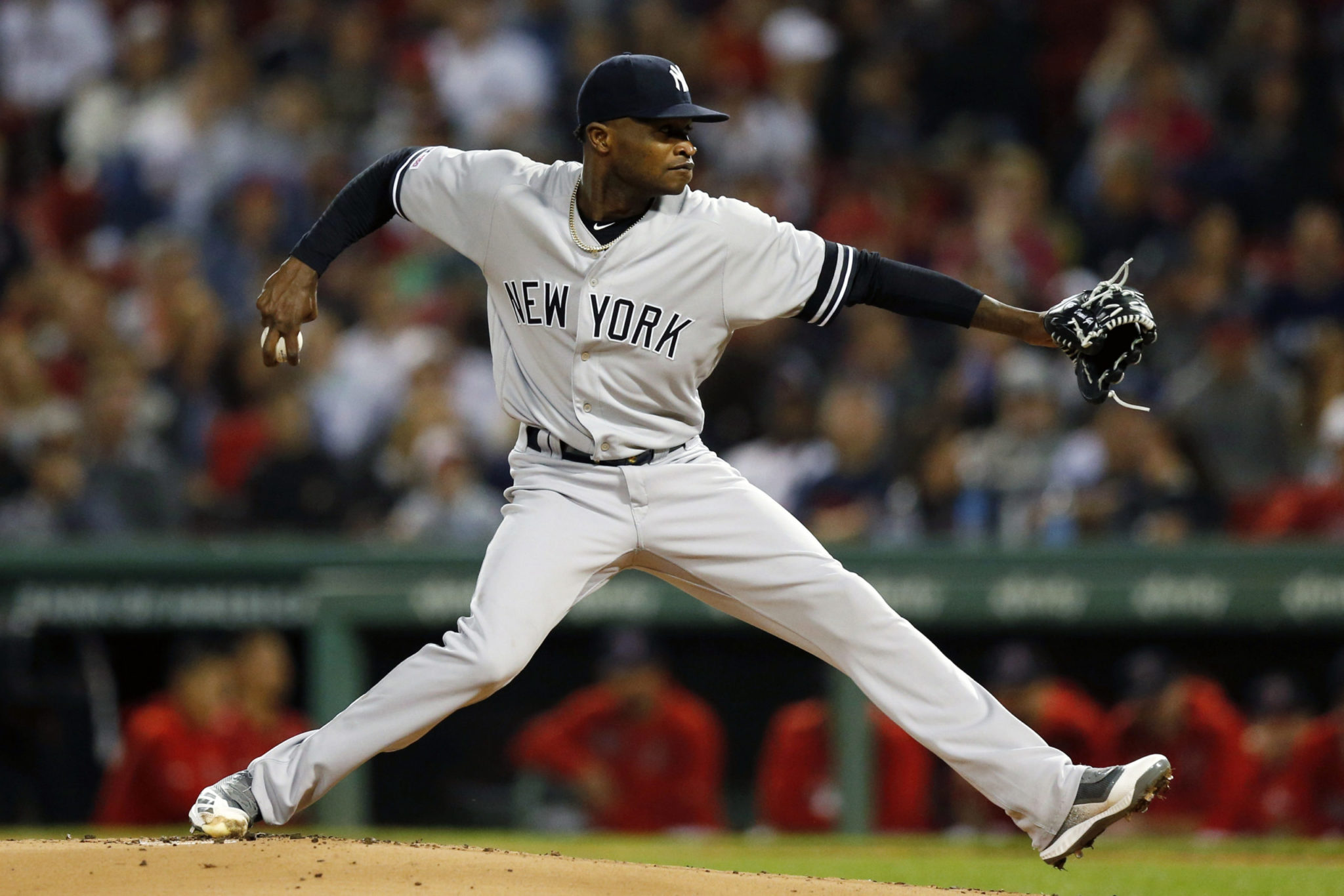 Yankees pitcher Domingo Germán will miss the first 63 games of the 2020 season as part of an 81-game ban for violating Major League Baseball’s domestic violence policy.

The league announced the suspension Thursday. Germán has agreed not to appeal.

Germán was put on administrative leave on Sept. 19 while MLB investigated an alleged domestic violence incident involving his girlfriend, with whom he has at least one child. He missed the final nine games of the 2019 regular season and all nine of New York’s postseason games. Those missed games will count toward his ban.

The right-hander was the Yankees’ winningest pitcher last season, going 18-4 with a 4.03 ERA in 24 starts and three relief appearances. The 27-year-old had a $577,000 salary but will not be paid for the time he missed after being placed on leave. He is expected to make a similar salary for 2020 but again will not be paid while suspended.


Germán will be eligible to return June 5 against Tampa Bay, barring any postponements.

The Yankees said in a statement they “remain steadfast in our support” of MLB’s investigative and disciplinary process regarding Germán.

“We are encouraged by Domingo’s acceptance of his discipline, and we sincerely hope this indicates a commitment to making a meaningful and positive change in his personal conduct,” the team said.

Germán will participate in a treatment program and will also make a contribution to Sanctuary for Families, a New York-based nonprofit group that aids victims of domestic violence.

Germán’s ban is the longest levied by MLB under its domestic violence policy for a player who was not formally charged. Addison Russell of the Chicago Cubs was suspended 40 games spanning the 2018-19 seasons following a series of allegations by his ex-wife.


New York has been preparing to go on without Germán for much of 2020. The club signed right-hander Gerrit Cole to a $324 million, nine-year contract last month, the largest deal ever for a pitcher for total dollars and average annual value. Cole is expected to be followed in the rotation by left-hander James Paxton and right-handers Masahiro Tanaka and Luis Severino, with lefties J.A. Happ and Jordan Montgomery also available.

The suspension will delay Germán’s eligibility for free agency from after 2023 to after 2024. If he returns June 5 and remains on the big league roster for the rest of the season, he will still likely be eligible for salary arbitration after 2020.