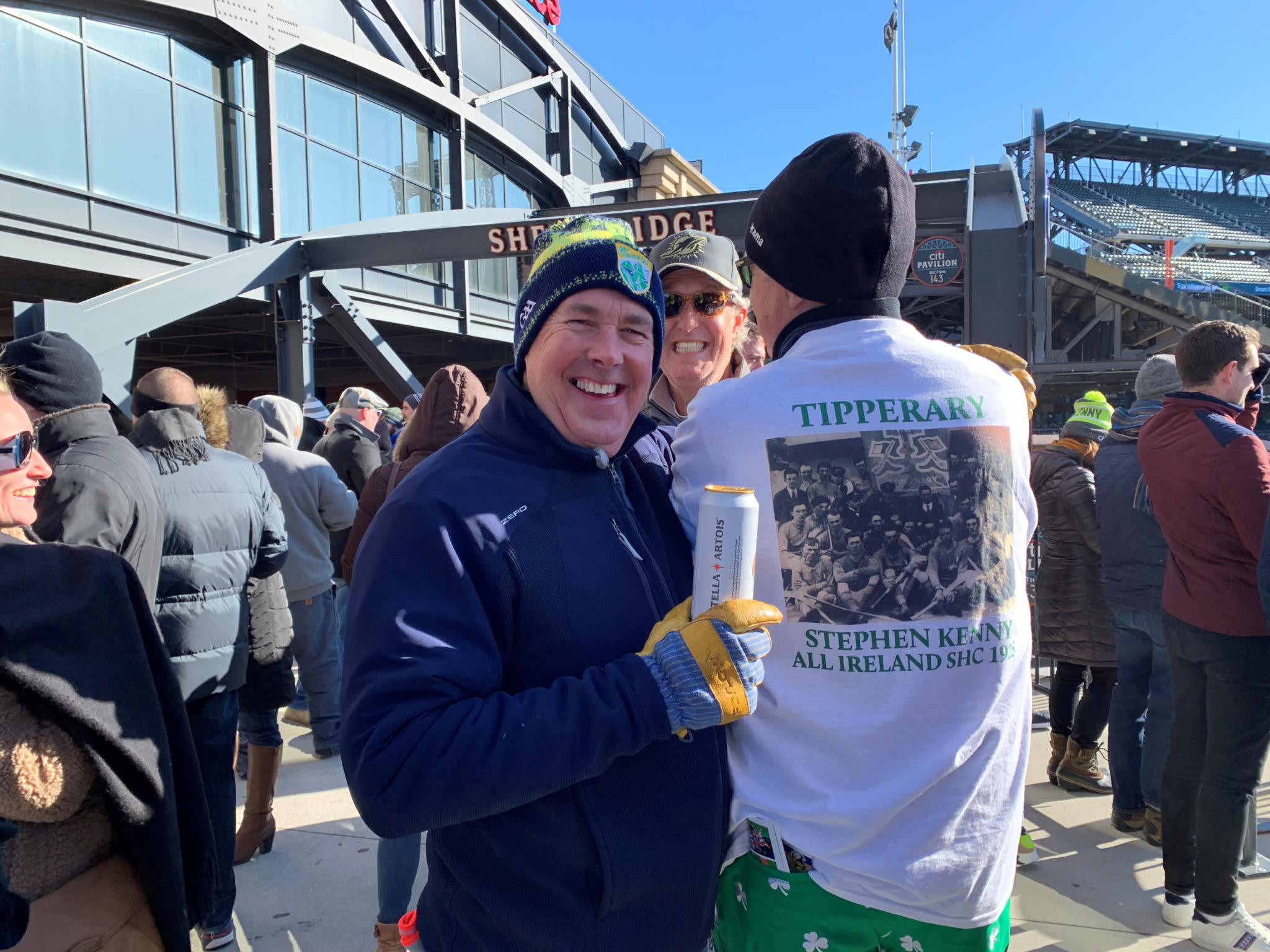 The hard-charging, fast-moving warrior sport of hurling made its Citi Field debut on Saturday, in a three-match tournament that brought rivalries and Irish pride to the fore.

An amalgam of several sports, including field hockey and lacrosse, hurling traces its history back thousands of years but is largely unfamiliar to Americans, despite enjoying widespread popularity in Ireland.

Even so, Saturday’s New York Hurling Classic found a welcoming audience at the home of Major League Baseball’s New York Mets, which has played host to events ranging from cricket to Lady Gaga.

“To come to a venue like this and to see teams from Ireland come and play … is really quite an honor,” said Kathleen O’Donnell, a first generation Irish-American from White Plains, New York.

“It just really puts the sport on the map in a way maybe for an American consciousness.”


The New York Hurling Classic, hosted by the Gaelic Athletic Association, saw Kilkenny get revenge on Tipperary in a rematch of this year’s All-Ireland final, before fending off Limerick to claim the top prize in a Queens debut steeped in meaning for many of the 11,214 fans in attendance.

Played on a smaller-than-usual pitch more suited to summer baseball, with modified scoring and 11 men per side instead of 15, the tournament nonetheless delivered high-caliber action.

“When you’re Irish, you just love everything Irish,” said Michael Kenny, a Tipperary fan whose grandfather played for the team before emigrating to America in 1929.

“An awful lot of American, second generation Irish, if you like, that are playing the game here that have never been to Ireland, never been to see a game of hurling in Ireland,” said Kiely. “It means an awful lot to those people.”

“It’s great to come to cities like this, Boston, New York and to have such a strong Irish connection,” said Murphy.

“I had two brothers living in Sydney, I have a sister living in London, so you sort of know how much home means to people.”