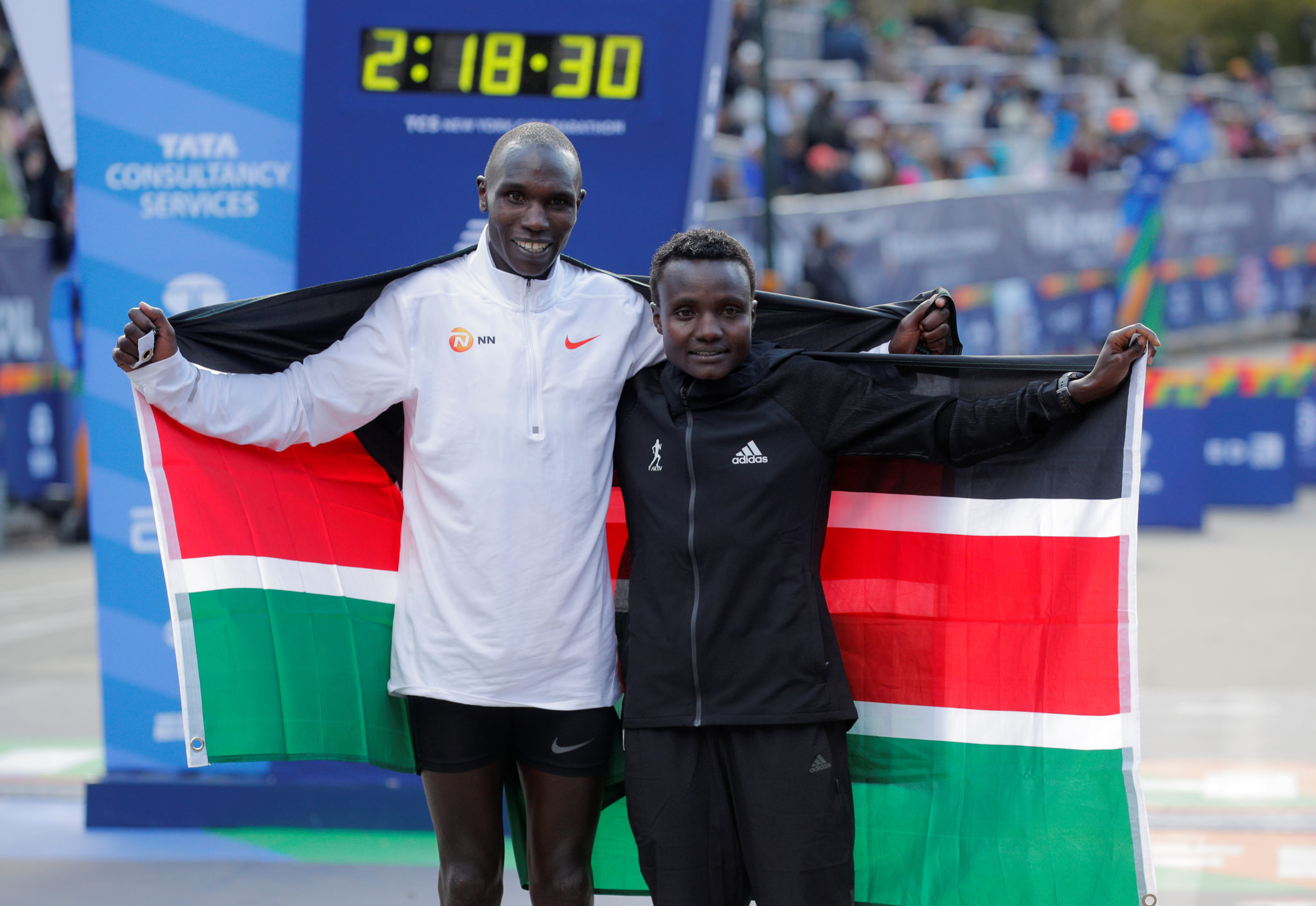 “I didn’t want to disappoint him,” Kamworor told reporters. “For my start of the race today, I was feeling okay… throughout the race I was okay.


Defending champion Lelisa Desisa of Ethiopia dropped out of the race around the seventh mile mark.

Desisa had been attempting the difficult task of trying to win again just four weeks after claiming the world championship title in the extreme heat of Doha.

Jepkosgei, 25, separated herself from Keitany, the defending champion, with five kilometres to go.

Jepkosgei praised Keitany’s experience and told reporters she didn’t believe the win was firmly in her grasp until after she crossed the finish line.

Swiss Manuela Schar routed the field in the women’s wheelchair competition, winning her third consecutive title in 1:44.20 for a four-minute victory over American Tatyana McFadden.


Des Linden, who set a blistering early pace to lead the women’s pack by roughly 15 seconds through mile 11, fell back to end the race in sixth place and was the top American finisher in her division.

The 2018 Boston Marathon champion said that she had not decided whether she would run in the Olympic marathon trials, while top men’s open division finisher Jared Ward said Sunday’s race had put Olympic qualifying into sharp focus.

More than 52,000 runners competed in the race in near perfect marathon conditions.