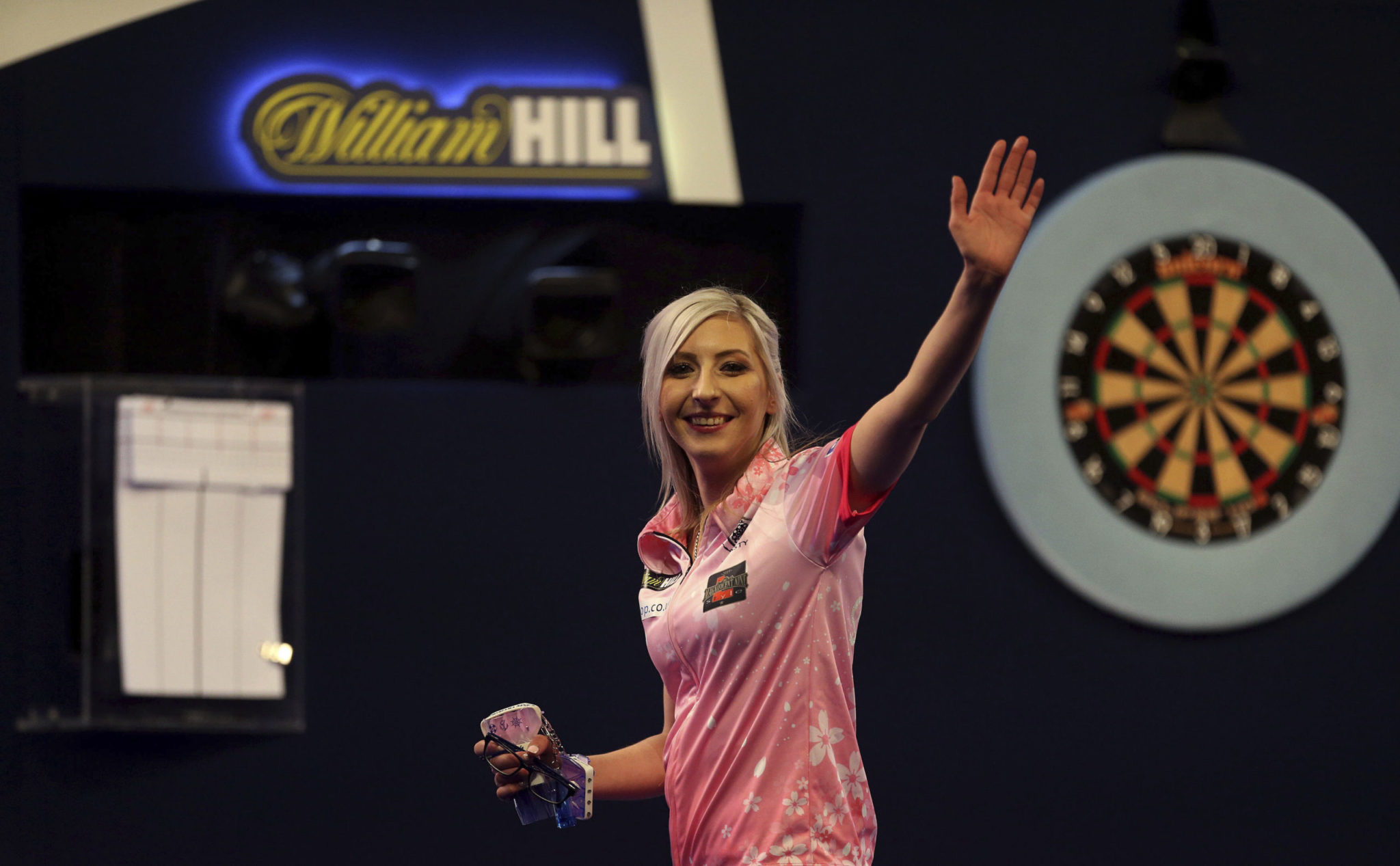 Fallon Sherrock became the first female darts player to beat a man at the PDC World Championship on Tuesday.

Sherrock, a former runner-up at the women’s world championship, recovered from losing the opening set to beat Ted Evetts 3-2 in front of a raucous crowd at Alexandra Palace in London.

The Englishwoman made six 180s — a perfect score over three darts — and had a match average of 91.12 in their first-round match. She clinched the victory with a second attempt at double 18.

Women’s world champion Mikuru Suzuki took James Richardson to a sudden-death leg in the fifth set before losing on Monday.