Swimming reinvents itself with glitz and cash of pro league 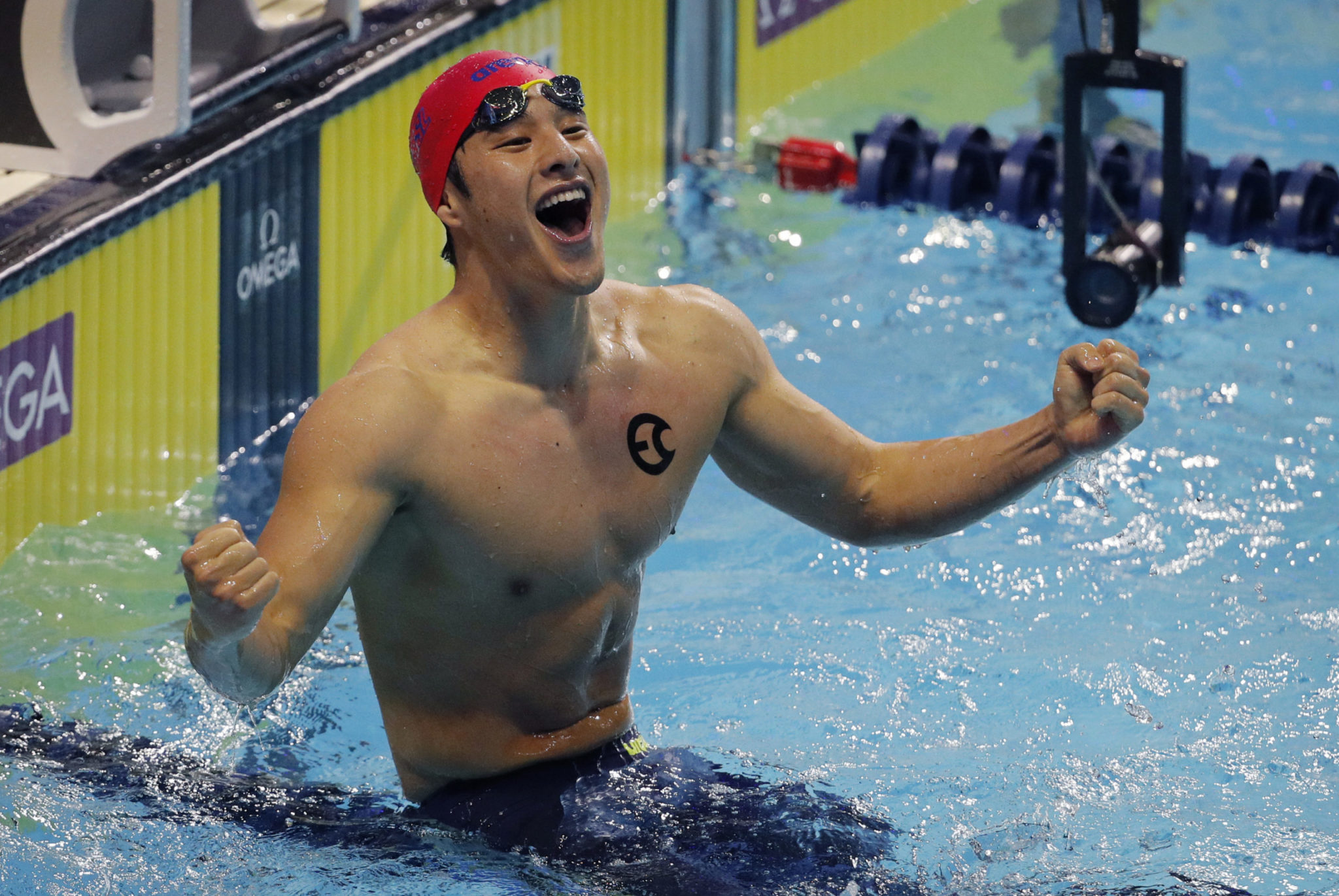 In a darkened arena on the Las Vegas Strip, swimming is being reinvented. Some of the sport’s biggest names are competing in the grand finale of the International Swimming League, with flashing lights, pulsating music spun by an on-deck DJ and action-packed racing in a concept the sport has never seen.

The league’s inaugural season culminates this weekend with the top four of its eight teams racing in a 25-meter temporary pool at the Mandalay Bay Events Center. The 14 men and 14 women on the winning team will split $100,000.

It’s the Olympics and world championships 2.0, a roll of the dice for a sport that struggles to stay relevant outside the Olympics.

Rivals at those major events turn into teammates in the league, featuring athletes from various countries. Swimmers are grouped by teams in on-deck box seats where they cheer on their teammates, who are racing for points, not fastest times. The only moment of quiet during 19 events jammed into two hours is when the referee says, “Take your mark.”


“I love all the smoke and mirrors,” American Lilly King of Cali Condors said. She won the 50 breaststroke on Friday, making her 10-for-10 in her individual ISL races so far.

Aussie Cate Campbell of London Roar added, “Vegas is the place to show off and that’s exactly what we’re hoping to do for the sport.”

An announcer in a dress suit bellows introductions and provides play-by-play during the events. Fans yell, whistle and cheer. The arena lights come on for the races. Otherwise, it’s swirling spotlights in the dark with only the starting blocks illuminated. Unlike other meets, there are no yawn-inducing preliminary heats. Every race is a final.

“This have been some of the most fun meets of my career and I’ve been to the big ones,” American Olivia Smoliga of Cali Condors said. “We’re talking trash to all the other teams and to come home with a team championship, that’s unlike anything we’ve ever been able to experience before in swimming. That’s really cool.”

Most of the world’s top swimmers who are professionals have sponsors that pay their training and travel expenses while providing an income. Many also earn bonuses tied to winning Olympic medals. But the league represents a chance for lower-tier swimmers to bolster their bottom line.

“It’s giving a lot of post-grads an actual opportunity to make money and support themselves rather than kind of living off their parents, which is what a lot of people, unfortunately, have to do,” said King, in her first season as a pro.

The most valuable swimmer in Las Vegas earns $10,000. The season MVP, based on points earned during the six-match season, earns $50,000.

Two short-course world records were set. Energy Standard’s Daiya Seto of Japan won the men’s 400 individual medley in 3 minutes, 54.81 seconds in his ISL debut. That bettered the old mark of 3:55.50 set by American Ryan Lochte at the 2010 short-course meters world championships in Dubai.

Seto experienced jet lag and a headache since arriving two days ago.

“Even when you’re struggling or feel like you’re not doing well, you can hear the encouragement by the other team members and that helps you push forward,” Seto said through a translator.

The day’s other world record belonged to Dressel. He won the 50 freestyle in 20.24 seconds, erasing the record of 20.26 set by Frenchman Florent Manaudou of Energy Standard. Manaudou finished second in 20.69.

The league comprised of U.S. and Europe-based teams began in October, with stops in Indianapolis, Naples, Italy, Lewisville, Texas, Budapest, College Park, Maryland, and London. The ISL says attendance ranged from 1,000 for the U.S. matches to nearly 5,000 at the European stops.

“The crowds at these meets have been really cool,” King said. “That’s a big component for me to swim fast.”


The first of two days in Las Vegas saw plenty of empty seats and a mix of adults and kids. Except for a couple of photos, there was little advertising in the hotel or on the Strip for the league. Nearby in the Mandalay Bay complex, the NBA’s G League was holding its much better promoted winter showcase.

However, Campbell calls the ISL a “disruptive force” in an inaugural season where the focus has been on spreading the word about a new way to watch the sport.

“The most noticeable thing about this league is how much chatter it’s creating. I’ve had people who don’t follow swimming come up and talk to me,” she said. “I hope that it can continue to build on this year. It’s already made a name for itself, which in itself says that there is an appetite for it and that there is an audience for it.”