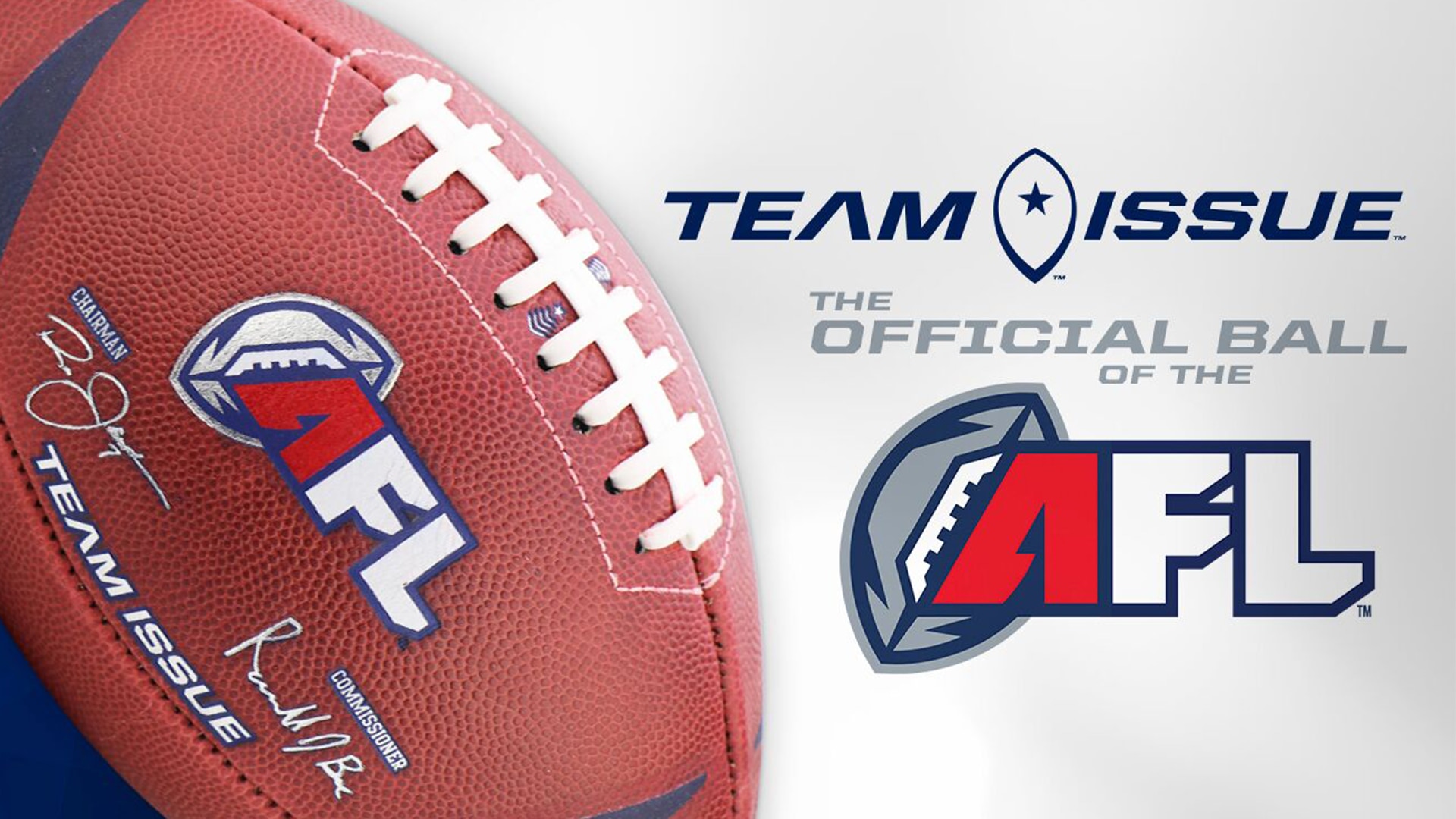 The Arena Football League announced today that Team Issue will be the official game ball brand for the 2019 season.

The new game balls, as with all Team Issue footballs, are handmade in Dallas, Texas. The ball was designed to improve quality, and incorporates what the league calls “bold and modern style elements that reflect the AFL’s future-oriented vision.”

The outer cover of the ball features battle-tested, top-grain red leather that is hot-foil stamped with the new AFL logo. The football features white lace stitching and distinctive blue spikes on both ends, which were designed to match the lines of the football in the AFL’s new logo.

“We are pleased to be working with Team Issue,” said AFL Commissioner Randall Boe. “The official AFL footballs are of the highest quality, look great and are handmade in the US. They’ll be great for both our athletes and the lucky fans who catch them during AFL games.”

The league will field six teams from Albany, Atlantic City, Columbus, Baltimore, Philadelphia and Washington D.C. in the 2019 season. Each team will play 12 regular-season games from April through July.