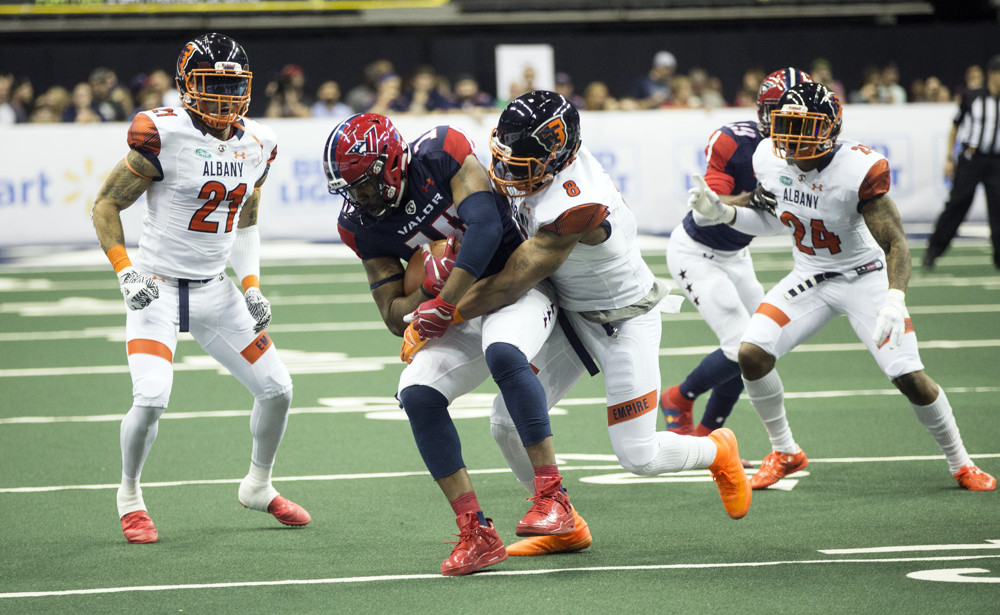 Despite experiencing modest success with a new single-entity ownership structure for the 2019 season, it sounds like the Arena Football League is now on the brink of total collapse.

Today, the AFL announced that all six local market teams were laying off staff and ceasing local business operations. The purported cause is a multi-million dollar lawsuit from a workers compensation insurance provider.

Does that mean the the Arena Football League is done?

“We haven’t made a decision on whether to completely suspend operations,” commissioner Randall Boe told The Albany Times Union. “That’s a decision that will probably be made in the next several weeks. We do know, under any set of circumstances, we will not be continuing to operate business operation units in our local markets. We will be closing those business operations in our local markets, including Albany.”


The commissioner went on to suggest that, if the league is to have any future at all, playing as a traveling showcase might be their last hope. Perhaps the AFL brand could live on by mimicking a model used by the new Premiere Lacrosse League, which features six non-geographically specific teams that all travels to a new city each weekend to play a series of games.

“We have been evaluating that as a potential model to go forward and keep the league alive,” said Boe. “I hesitate to say that we have a sense that that is likely to be successful. It’s the thing that we’re looking at. We really don’t see an alternative to that.”

The Arena Football League has folded once before, completely dissolving during the 2009 financial crisis only to be reborn under new ownership for the 2010 season.