While some may still scoff at the notion of ‘professional’ esports players, the money at stake is substantial, if not quite in the $30 million league of the Fortnite World Cup. 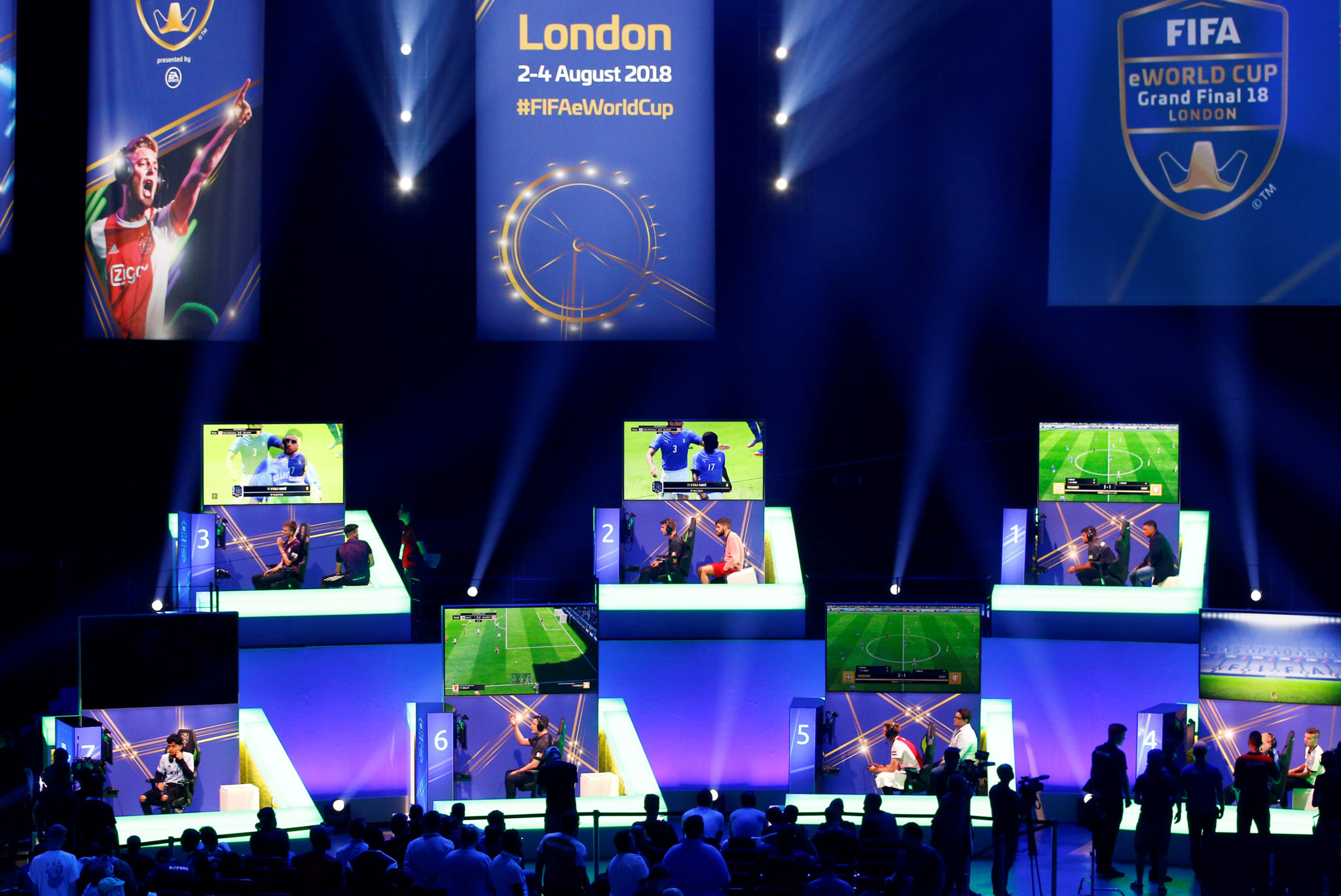 Thirty two of the world’s best esports players are flexing their fingers and thumbs in readiness for the FIFA eWorld Cup Grand Final at London’s O2 Arena this weekend.

Millions set out on the road fame and fortune but only one player will be left holding the $250,000 winners’ cheque come Sunday in the cavernous Thames-side arena.

Thirty million fans are expected to view the action online on Facebook, Twitch, Twitter and YouTube with commentary in Arabic, Chinese, English, German, Portuguese and Spanish.

Around 1,500 spectators will watch Sunday’s finale inside the darkened arena when Mosaad ‘MsDossary’ Aldossary from Saudi Arabia hopes to become the first player to defend the title since the tournament began in relative obscurity in 2004.

He will face stiff opposition from a host of players best-known for their gaming names, such as English duo ‘F2Tekkz’ (Donovan Hunt) and ‘Stokes’ (Tom Stokes).

Brazil has the biggest representation with five players including ‘Resende’, ‘Fifilza’ and ‘Zezinho’, the latter who represents an esports team endorsed by Dutch great Ruud Gullit.

While some may still scoff at the notion of ‘professional’ esports players, the money at stake is substantial, if not quite in the $30 million league of the Fortnite World Cup.

Soccer’s world governing body FIFA no longer regards esports as purely a marketing tool either, with a department now focused solely on growing it alongside the real game.

“We want to build a healthy, sustainable and professional sport,” Christian Volk, FIFA’s Director of efootball and gaming, told reporters on Thursday in a hotel alongside the 02 Arena.

“We have a lot of ambitions, we are here for the long run. We are just starting.

“We have had a very successful 25-year relationship with EA Sports who have built the most successful sports simulation in the world and on the other side you have the governing body of the world’s biggest sport. Combined we can bring things to the table that are rather rare. It’s a dynamic ecosystem.”

Volk says FIFA are keen to keep efootball and the real thing separate, although he says there is already evidence of a positive, and rather surprising, crossover.

Rather than promote a sedentary lifestyle, Volk says potential soccer players are being introduced to the sport through the FIFA game — perhaps with a better concept of passing and tactics than in the pre-video game era.

“Especially in younger age their first contact with football is the (video) game and from the game they understand what football is about,” he said.

“There were studies in Denmark where you could see youngsters playing the game and understanding tactics and then there was a conversion to real football. They try to do the ‘tornado’ or whatever. For us that’s a good sign.”

There is nothing wrong with aspiring to be an esports pro, says Volk, who believes it gives modern sports fans the opportunity to “become part of the narrative.”

While the Women’s World Cup proved a huge success, Sunday’s showdown features not one female gamer.

“The beauty of the game is it’s an equal playground so we have to see and understand how we can make it more attractive for women,” Volk said. “I hope it will happen naturally.”

Players will be divided into groups of eight this weekend, two using Xbox and two using PlayStation consoles. Sixteen then go to the knockout rounds culminating in a two-legged match, one on the Xbox and one on the PlayStation.