Derby winner Country House out of Preakness due to illness 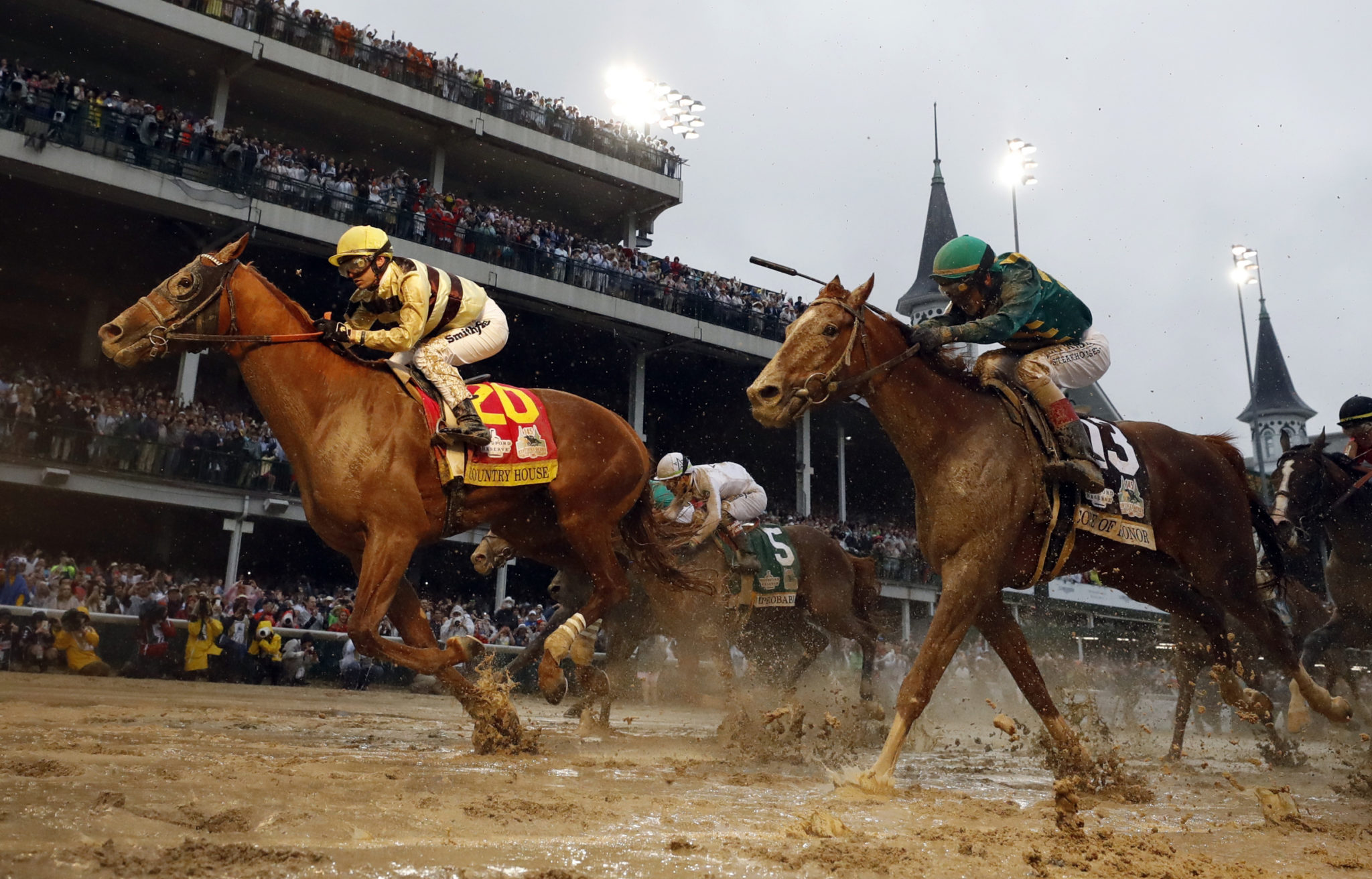 After being declared the winner of the Kentucky Derby by disqualification, Country House will not run in the Preakness because of illness, ending any chance of a Triple Crown attempt this year.

Trainer Bill Mott said Tuesday the long-shot winner of horse racing’s biggest event was no longer being considered to run in the second leg of the Triple Crown after it looked as if Country House was getting sick. After the horse started coughing, which Mott called unusual, blood work showed he was harboring some sort of virus.

“Hopefully just rest and a little time is going to be what the doctor ordered,” Mott told The Associated Press. “Other than that, he doesn’t actually act sick. He’s kind of a big, tough horse, but there’s signs that things are not going in the right direction with him.”

Country House was elevated to the winner’s circle at the Kentucky Derby in sloppy conditions Saturday after Maximum Security was disqualified for impeding other horses. His absence at the Preakness means there won’t be a chance for the sport to have a Triple Crown winner for the third time in five years. Bob Baffert-trained Justify and American Pharoah have each won it since 2015.

Country Horse is the first Kentucky Derby winner not to enter the Preakness since Grindstone in 1996. Grindstone, who was found to have bone chips in one of his knees, was the first Derby winner to be retired immediately after that race since Bubbling Over in 1926.

Because of how the Kentucky Derby went, Mott said he and those around the horse were not as disappointed as they would’ve been under normal circumstances.

“I guess it’s been an unusual ride anyway,” Mott said of his first Derby victory. “I don’t think it hit any of us as hard as what it might have. I think we’re grateful to have the win we had and hopefully he bounces back for some races later on.”

The 1 3/16-mile Preakness is May 18 at Pimlico in Baltimore. Though shorter than the Kentucky Derby, the race requires a quick two-week turnaround. Maximum Security owner Gary West didn’t want to burden his colt with the Triple Crown off the table.

West on Monday appealed the decision to disqualify the horse from the Derby, which was quickly rejected by the Kentucky Horse Racing Commission because the stewards’ decision isn’t subject to appeal.

Country House was 65-1 to win the Derby, the second-longest odds in the 145-year history of the race. It was the first time the horse who crossed the finish line first was not declared the winner.

With trainer Mark Casse’s War of Will and other contenders expected to enter the Preakness, Country House likely would not have been favored to win. Even his Derby performance was a surprise.

“I thought he showed amazing improvement from his previous race,” Mott said. “Even his running, he was up in the race, he looked like a different horse the first half of the race.”

In a statement, the Maryland Jockey Club and The Stronach Group that owns Pimlico said Country House not running “doesn’t take away from the excitement” and that they anticipate more interest from owners and trainers to enter the race.

While the stakes barn behind Pimlico will not have a Derby champion for the first time in more than two decades, Mott said Country House is a possibility to run in the third leg of the Triple Crown, the Belmont Stakes in New York on June 8. Keeping him out of the Preakness, though, was a no-brainer for the 65-year-old trainer.

“I’ve never liked training a horse that’s given an indication that he’s sick,” Mott said. “We will monitor him and he’s off the training list.”