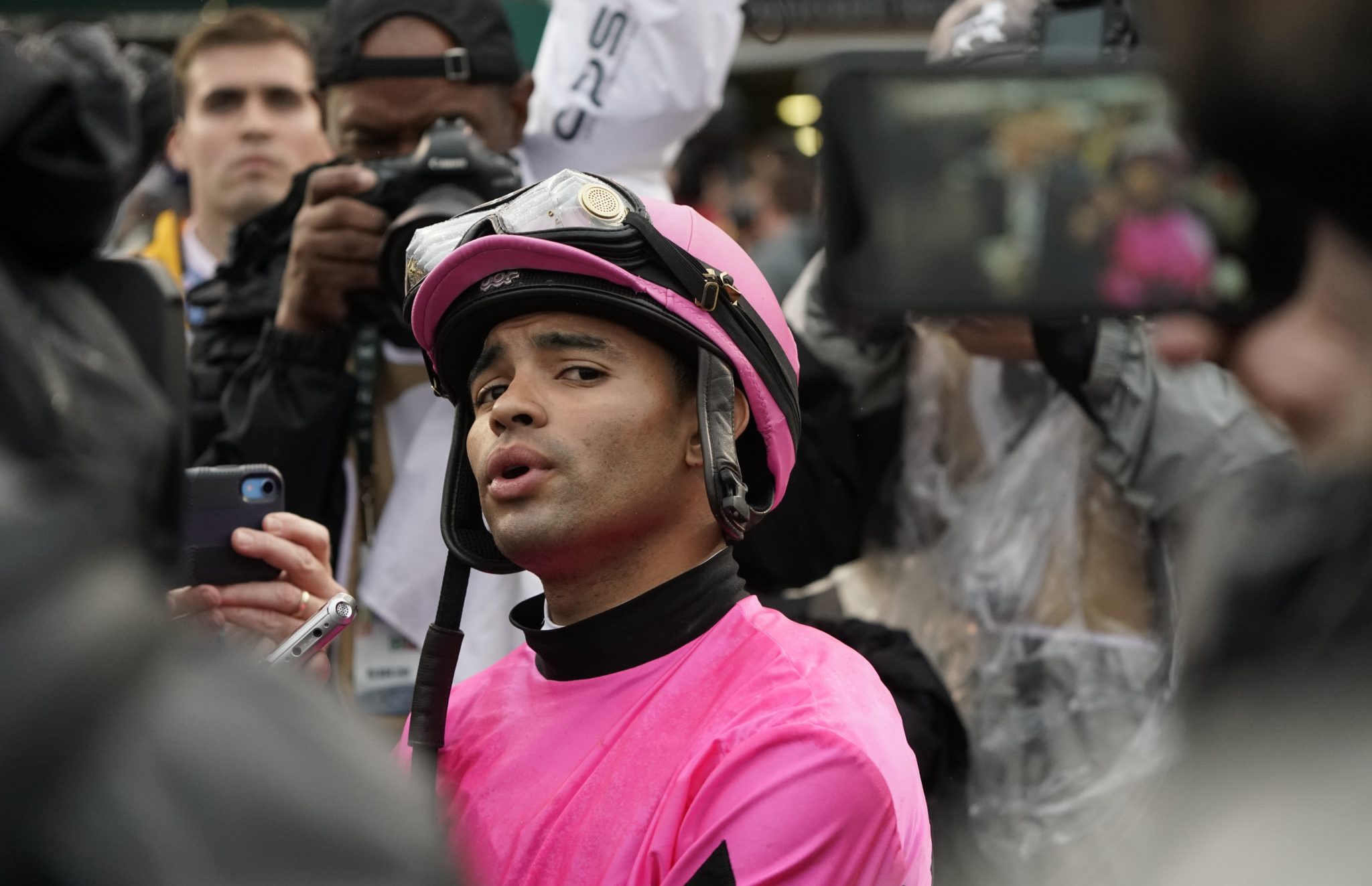 Maximum Security jockey Luis Saez was suspended 15 days by the Kentucky Horse Racing Commission on Monday for his controversial ride in the Kentucky Derby.

On May 4, Maximum Security became the first horse in the race’s 145-year history to be disqualified after finishing first.

The colt was dropped to 17th place after Churchill Downs stewards ruled that Saez had interfered with multiple horses by drifting out in front of War of Will during the final turn. After a lengthy delay, long shot Country House was declared the winner.

Saez was cited for “failure to control his mount and make the proper effort to maintain a straight course thereby causing interference with several rivals that resulted in the disqualification of his mount.”

During a film review session with track stewards last week, Saez and his attorney Ann Oldfather argued that War of Will and jockey Tyler Gaffalione were responsible for the incident.

No other jockeys will face punishment, according to the KHRC.

Neither Maximum Security nor Country House will compete in Saturday’s Preakness, the second leg of thoroughbred racing’s Triple Crown.