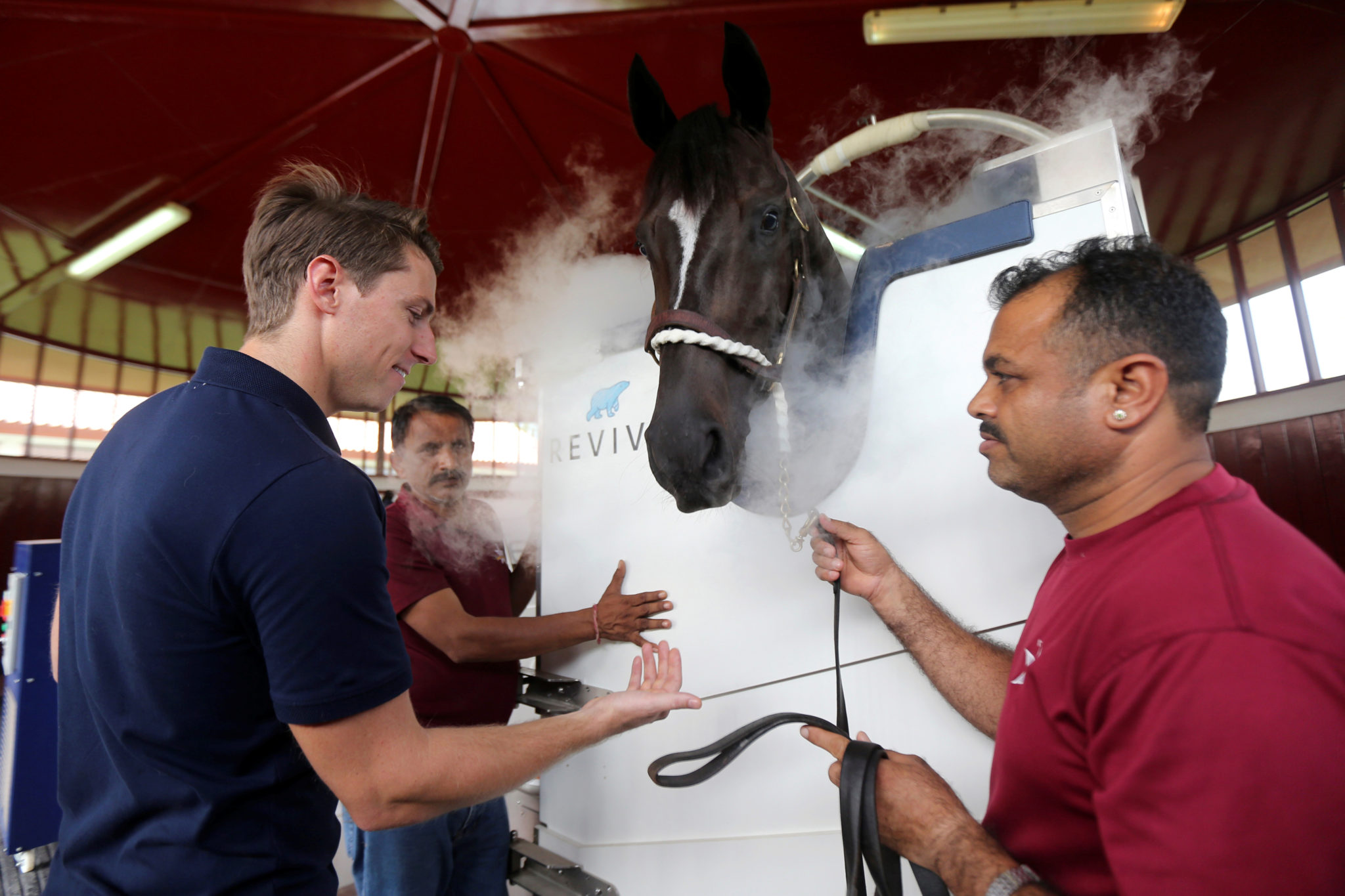 In the searing summer heat of Dubai, some of the world’s top racehorses are being swathed in freezing nitrogen mist to boost their performance.

Cryotherapy, which surrounds the body in a mist as cold as -140°C, has been used for decades on athletes to aid recovery and in medicine. A Dubai-based company, Revive Cryotherapy, says it is now offering the first whole body cryotherapy chamber for horses.

“As far as recovery goes we are learning, but it is positive so far,” said Satish Seemar, head trainer at Zabeel Racing Stables which trains about 125 horses.

“The horses start hopping quicker after their hard work and racing than without cryotherapy,” he added.


Dubai, part of the United Arab Emirates, is known for its connections to elite horse racing. Its ruler, Sheikh Mohammed bin Rashid al-Maktoum, is an avid sponsor, owner and rider of horses. The emirate gives out multi-million dollar prizes at prestigious competitions.

“Horse racing is a big business with prizes worth millions of dollars. With cryotherapy we have seen that you can train harder, recover quicker and you can race more often,” said Luka Jurkovic, general manager of Revive Cryotherapy.

The company also offers the technology to humans and dogs and is thinking of expanding into the world of camel racing.

“We will have to scale it up a bit as camels are obviously bigger,” Jurkovic said.

Revive, which has two other bespoke horse cryotherapy cabins in Dubai, finished the testing phase in April and is now using it daily on horses at Zabeel Stables, a lush green space in the heart of Dubai’s high-rise financial district.

The horses are gradually introduced to the cabin, which fits snugly around their bodies leaving their heads and necks free, and treated with the swirling cold mist. After a first few familiarisation sessions, they undergo a full treatment which lasts around seven minutes and cools their skin to about 3-5 degrees.

The cabin doors are not locked allowing horses to escape if they panic.

Cryotherapy is thought to help inflammation and tissue damage, and to help athletes – and horses – recover faster after exercise.