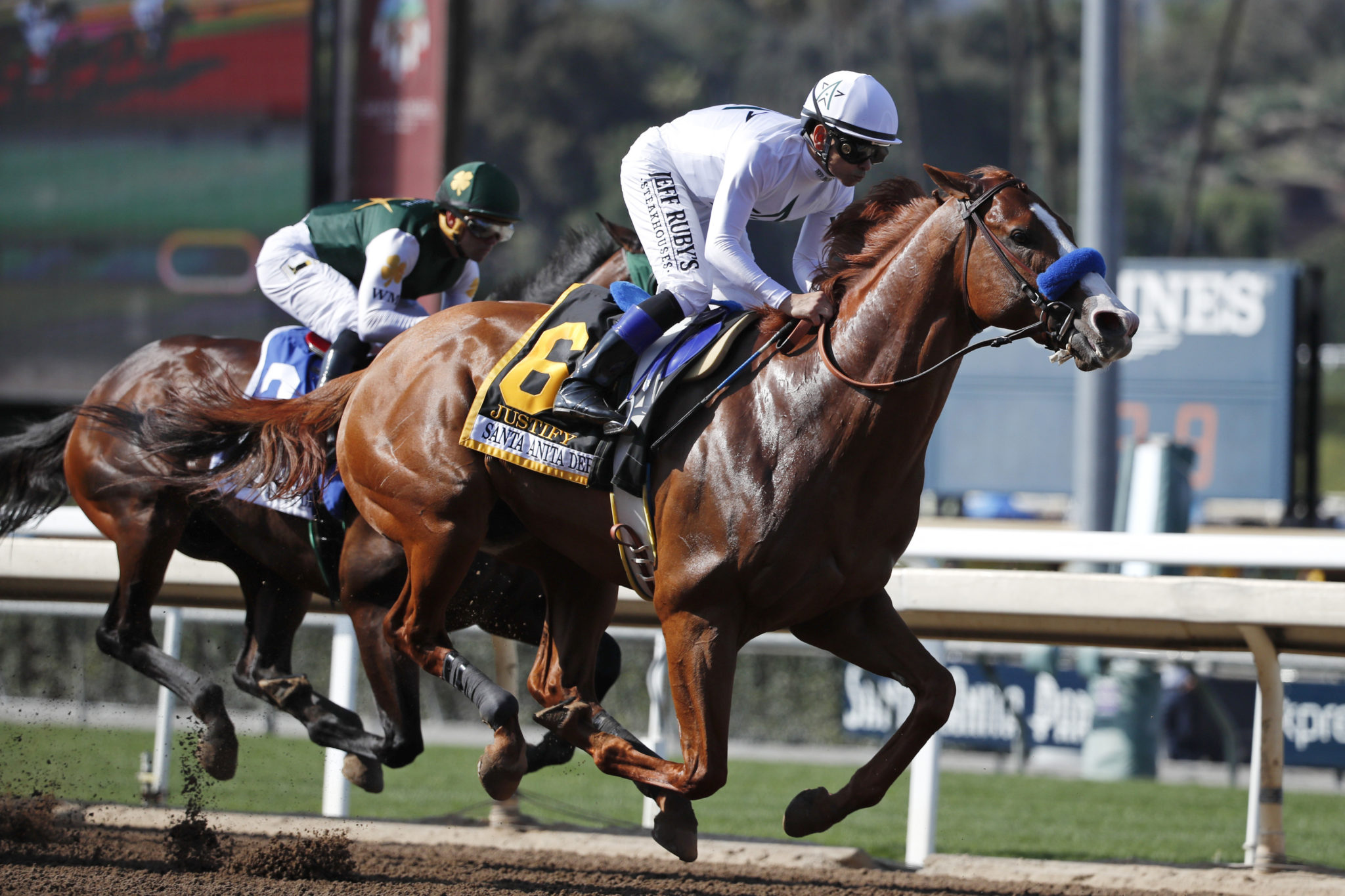 In an article posted on its website, the newspaper said Justify, who was under the stewardship of Hall of Fame trainer Bob Baffert, tested positive to the banned substance scopolamine after winning the Santa Anita Derby on April 7.

Scopolamine, also known as hyoscine, is banned in horse racing because it can improve horses’ breathing and heart-rate.

The report said the failed drug test would normally have meant Justify’s disqualification and forfeiture of entry into the Kentucky Derby.


Instead, the California Horse Racing Board took more than a month to confirm the results and moved to drop the case while lightening the penalty for any horse found to test positive to the same substance, the report said.

Justify won the Kentucky Derby, the first leg of the Triple Crown on May 5, before adding the Preakness Stakes and Belmont Stakes to become the 13th horse to complete the treble.

The Times quoted California Horse Racing Board executive Rick Baedeker as saying that it would have been “careless and reckless” for regulators to have rushed to complete an investigative report before the Kentucky Derby.

Baedeker did not immediately respond to a phone call and email request for comment by Reuters.