Horse injured in race at Santa Anita; 34th to die at track 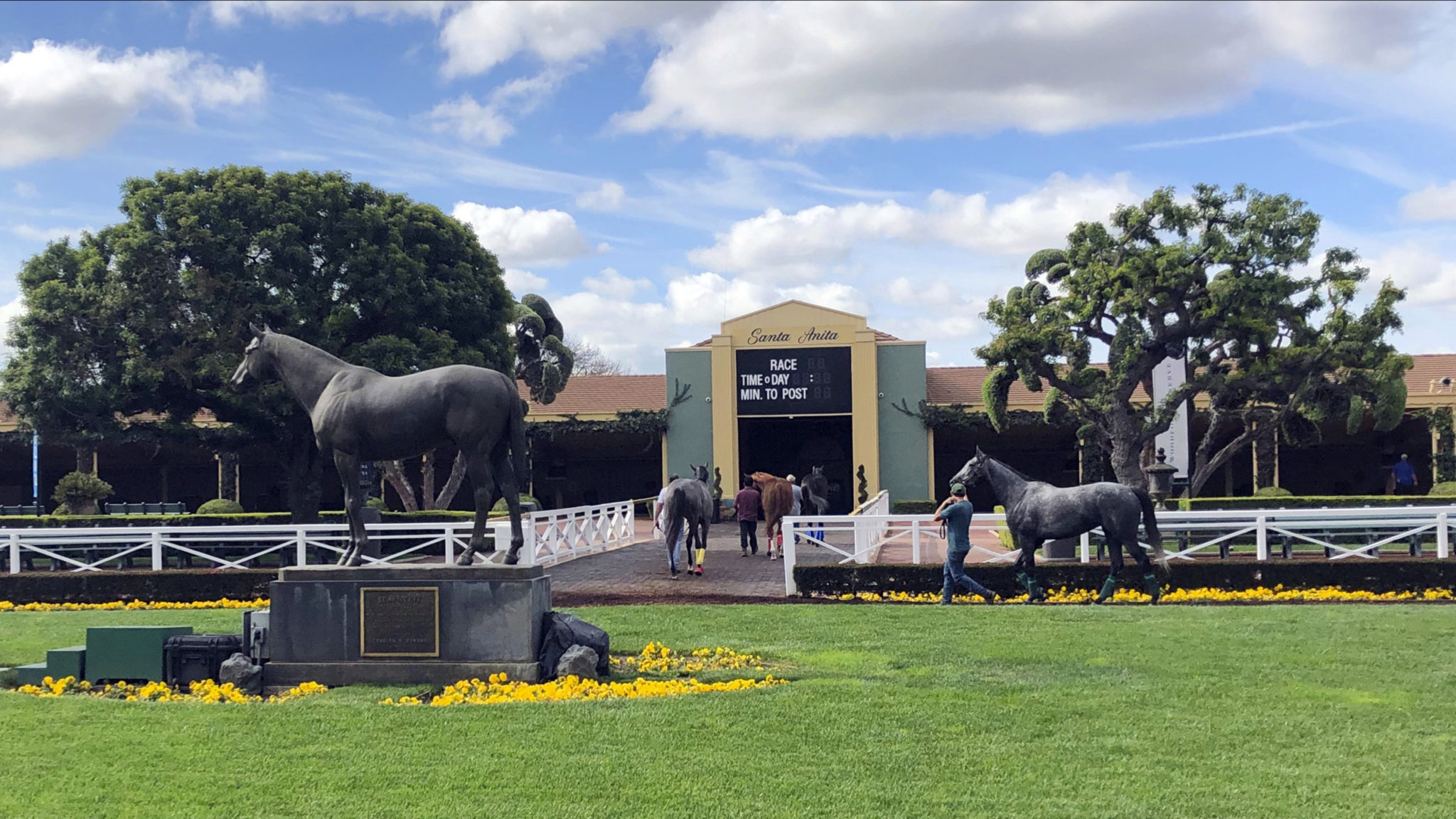 A 3-year-old gelding was fatally injured in the fifth race at Santa Anita on Saturday, becoming the 34th horse to die at the track since December.

According to a statement from track owner The Stronach Group, jockey Ruben Fuentes pulled up Satchel Paige at the three-eighths pole of the 6 1/2-furlong sprint. Track veterinarian Dr. Dana Stead saw that the gelding had sustained an open fracture of his left front ankle and decided to euthanize him.

Fuentes wasn’t injured in the $50,000 race featuring horses that had yet to win.

Dr. Dionne Benson, chief vet for The Stronach Group, said the gelding will undergo a required necropsy at UC Davis. She said the accident and necropsy report will be reviewed “to learn what, if anything, could have been to prevent the accident.”


Benson said Santa Anita will work with the California Horse Racing Board to investigate the accident.

Trained by Phil D’Amato, Satchel Paige was winless in six career starts, with one second and one third-place finish. He had career earnings of $24,002.

He was bred and owned by retired luxury car dealer Nick Alexander, chairman of the Thoroughbred Owners of California, which represents the collective interests of owners in the state and works to preserve the sport’s long-term viability.

Santa Anita is set to host the Breeders’ Cup world championships for a record 10th time on Nov. 1-2.