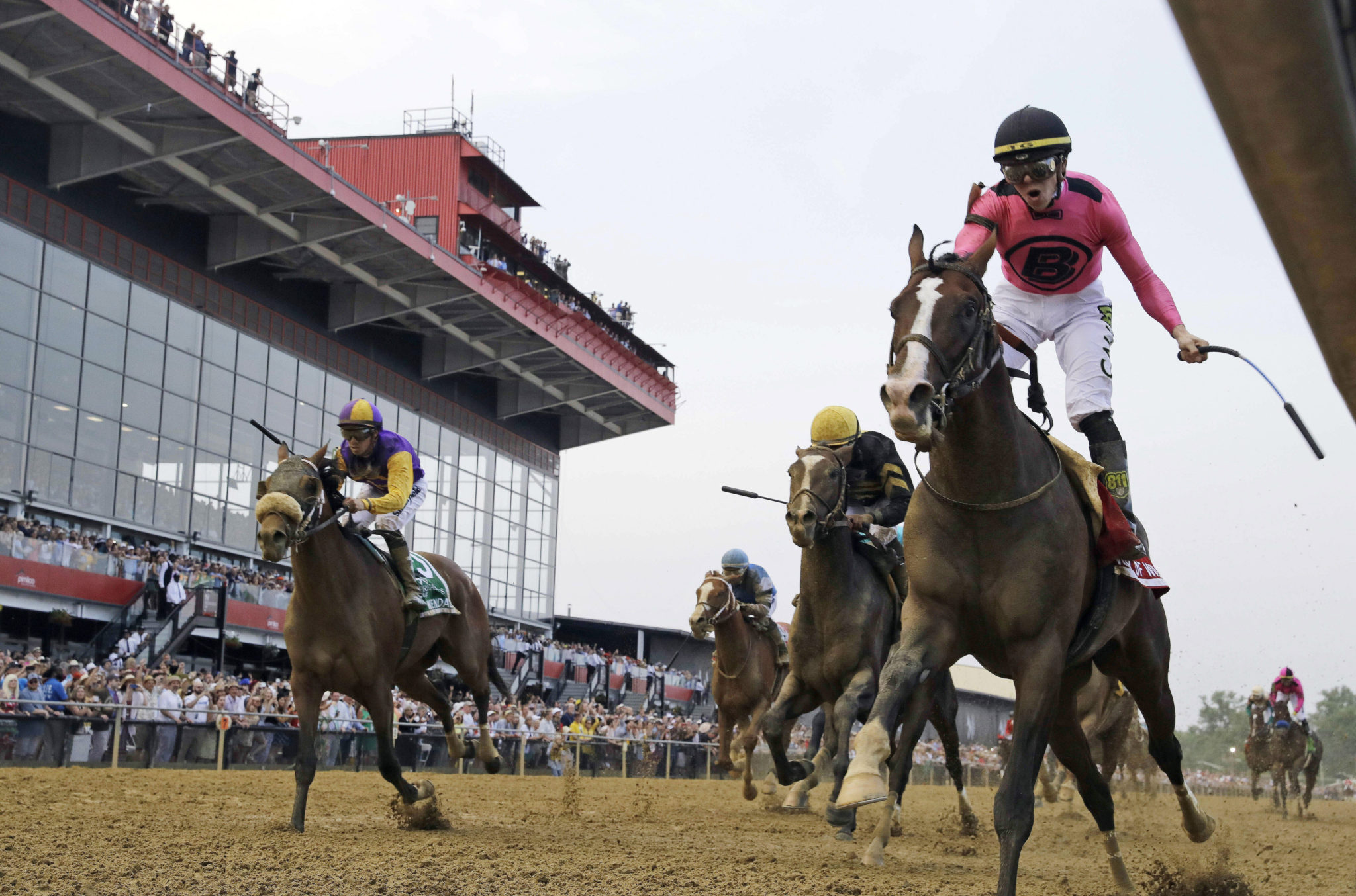 Baltimore officials and the owners of the historic racetrack that hosts the Preakness Stakes reached an agreement Friday to keep the Triple Crown series’ middle jewel in the city.

The agreement, which is subject to approval of the General Assembly during its next session, ends a bitter dispute between owner The Stronach Group and the city over the future of Pimlico Race Course. Located in northwest Baltimore, the second-oldest track in America has been home to the famed annual race since 1909, but it is in need of a major overhaul, which has previously been estimated at nearly half a billion dollars.

Under the plan, The Stronach Group would donate the site to the city for community development in and around the track and an area hospital. The company would also build a new clubhouse, and the track would be rotated 30 degrees to the northeast to create parcels of land that could be sold for private development. The grandstand, whose dilapidated state forced the closure of 6,670 seats before this year’s Preakness, would be demolished.

“This is an historic moment,” Baltimore Mayor Bernard “Jack” Young said in a statement Saturday announcing the deal. “By these recommendations, if approved, we can preserve the Preakness Stakes at Pimlico for generations to come and move forward with our redevelopment plans for the Park Heights community, Sinai Hospital and the Northern Parkway corridor.”


The city expects the clubhouse to be used for community events. Renderings of the facility show athletic fields in the infield.

A study by the Maryland Stadium Authority last year said the facility should be torn down and rebuilt at a cost of $424 million. The track has fallen into further disarray — out-of-order restrooms embarrassed the track during Preakness Day this year — as Stronach steered renovation funding toward Laurel Park, where it had talked about moving the Preakness.

State law says the Preakness can be moved to another track in Maryland “only as a result of a disaster or emergency.”

The proposed agreement calls for training and stable operations to be consolidated at its track in Laurel, about 20 miles (32 kilometers) southwest of Baltimore. A development plan states the barns there would have space for over 1,500 stalls.

“These are transformative plans for the racing industry in Maryland and will benefit all of the stakeholders in the industry and the communities that surround the facilities,” Belinda Stronach, chairwoman and president of The Stronach Group, said in a statement. TSG owns the Maryland Jockey Club.

Alan Rifkin, who represented the club in discussions for the plans, told the Baltimore Sun that Stronach would sign a 30-year lease to use the property for two months each year for the Preakness.

The plans for the tracks in Laurel and Baltimore are expected to cost $375.5 million.

Supporters of the plans want lawmakers to extend the life of a subsidy for the tracks that is funded by a percentage of slot machine profits by each of the state’s casinos, the newspaper reported. If the backers get their way, that money would be used to help pay off $348 million worth of bonds that the stadium authority will have to issue.