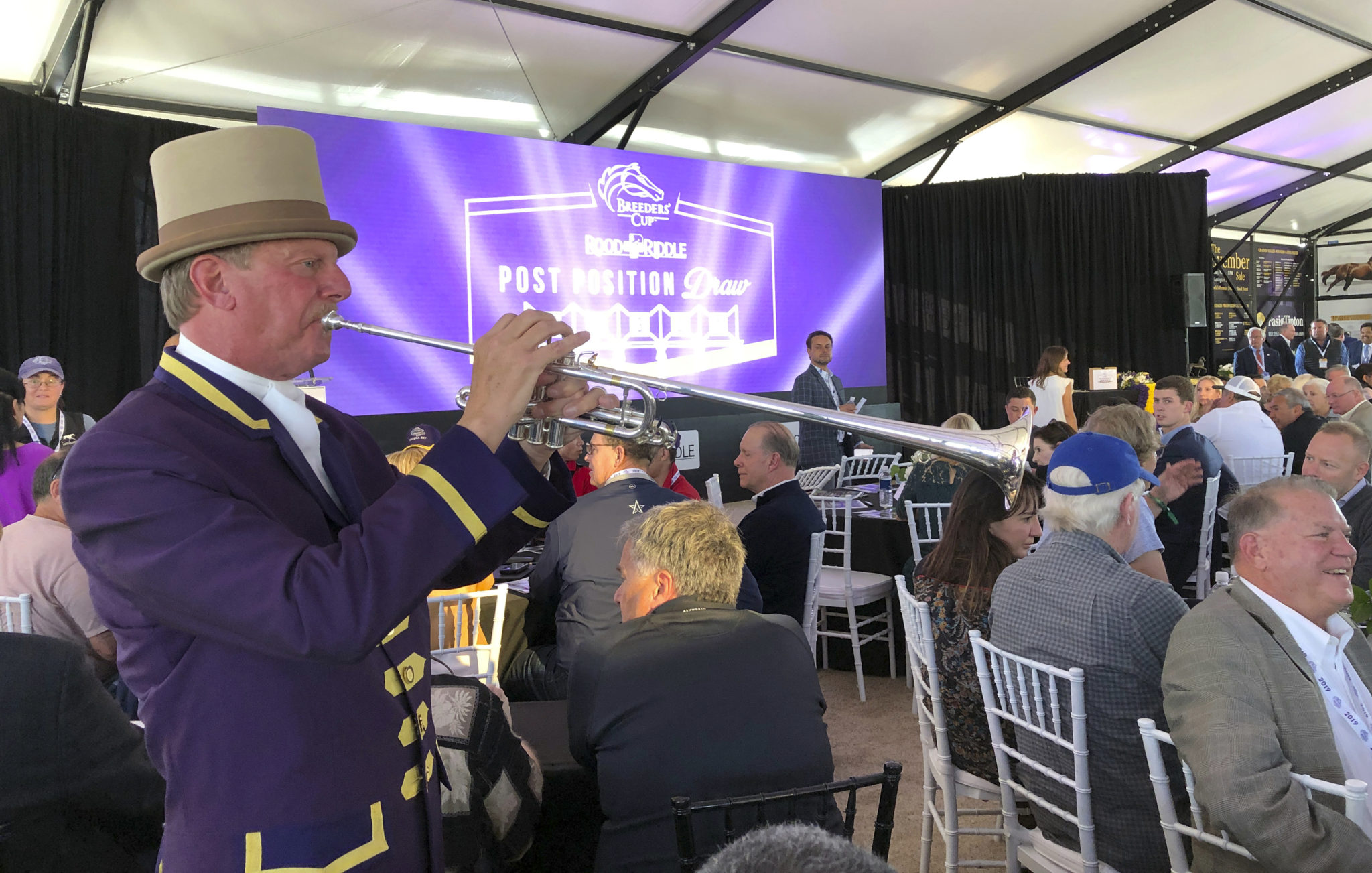 McKinzie, with a new jockey replacing Hall of Famer Mike Smith, is the 3-1 favorite for the $6 million Breeders’ Cup Classic this weekend at troubled Santa Anita.

The track is hosting the world championships for a record 10th time Friday and Saturday. A total of 36 horses have died at Santa Anita since December, including two since last Friday.

That hasn’t deterred an international group of horses from gathering to chase over $30 million in purse money.

The Classic will be shown in prime time Saturday on NBC.

“I hate to really say anything,” McKinzie’s trainer Bob Baffert said Monday when asked about the deaths. “I don’t want to jinx myself.”


McKinzie drew the No. 8 post on Monday in the 11-horse field for the 1¼-mile Classic. He’ll be ridden by Joel Rosario, who replaced Smith after McKinzie finished second as the favorite in the Awesome Again on his home track last month.

“He looks like he’s doing well. Really no excuses,” Baffert said. “The break is the whole key. You have to get away first and then you can have a plan. If not, you have to scramble for a plan.”

McKinzie has two wins and four seconds in six starts this year. The 4-year-old colt won the Whitney at Saratoga in August.

Baffert is going for his fourth victory in the Classic. He won it from 2014-16 with 3-year-olds Bayern, Triple Crown winner American Pharoah and Arrogate. He’s never won it with an older horse.

Code of Honor and Vino Rosso are the co-second choices at 4-1 odds.

Elate, taking on males for the first time 10 years after superstar mare Zenyatta beat the boys in the Classic over the same track, is the co-third choice at 6-1 with Higher Power. Elate drew the No. 6 post.

She is undefeated in three races at 1¼ miles.

“It’s hard to be comparable to her,” Elate’s Hall of Fame trainer Bill Mott said about Zenyatta. “She was obviously a very special horse and one of the very best.”

Preakness winner War of Will is a 20-1 shot in the Classic and will break from the No. 4 post.


Friday’s five-race card features all 2-year-olds, with the winner of the $2 million Juvenile typically tabbed as the winter-book favorite for the Kentucky Derby.

Other favorites in Friday’s races:

— Four Wheel Drive at 3-1 in the $1 million Juvenile Turf Sprint.

— Ireland-bred Arizona at 5-2 in the $1 million Juvenile Turf.

— Donna Veloce at 3-1 in the $2 million Juvenile Fillies.

The $4 million Turf is led by 9-5 favorite Bricks and Mortar, trained by New York-based Chad Brown. Ireland-bred Anthony Van Dyck is the second choice at 3-1.

Midnight Bisou tops the 11-horse field for the $2 million Distaff. Smith will ride the 6-5 favorite, the heaviest favorite in the 14 races. She was third in last year’s Distaff at Churchill Downs and hasn’t lost since, going 7-for-7 this year.

Ireland-bred Circus Maximus is the 3-1 favorite for the $2 million Mile.

Other favorites in Saturday’s races:

— Omaha Beach at 8-5 in the $1 million Dirt Mile. The colt was the favorite for this year’s Kentucky Derby before being forced to scratch.