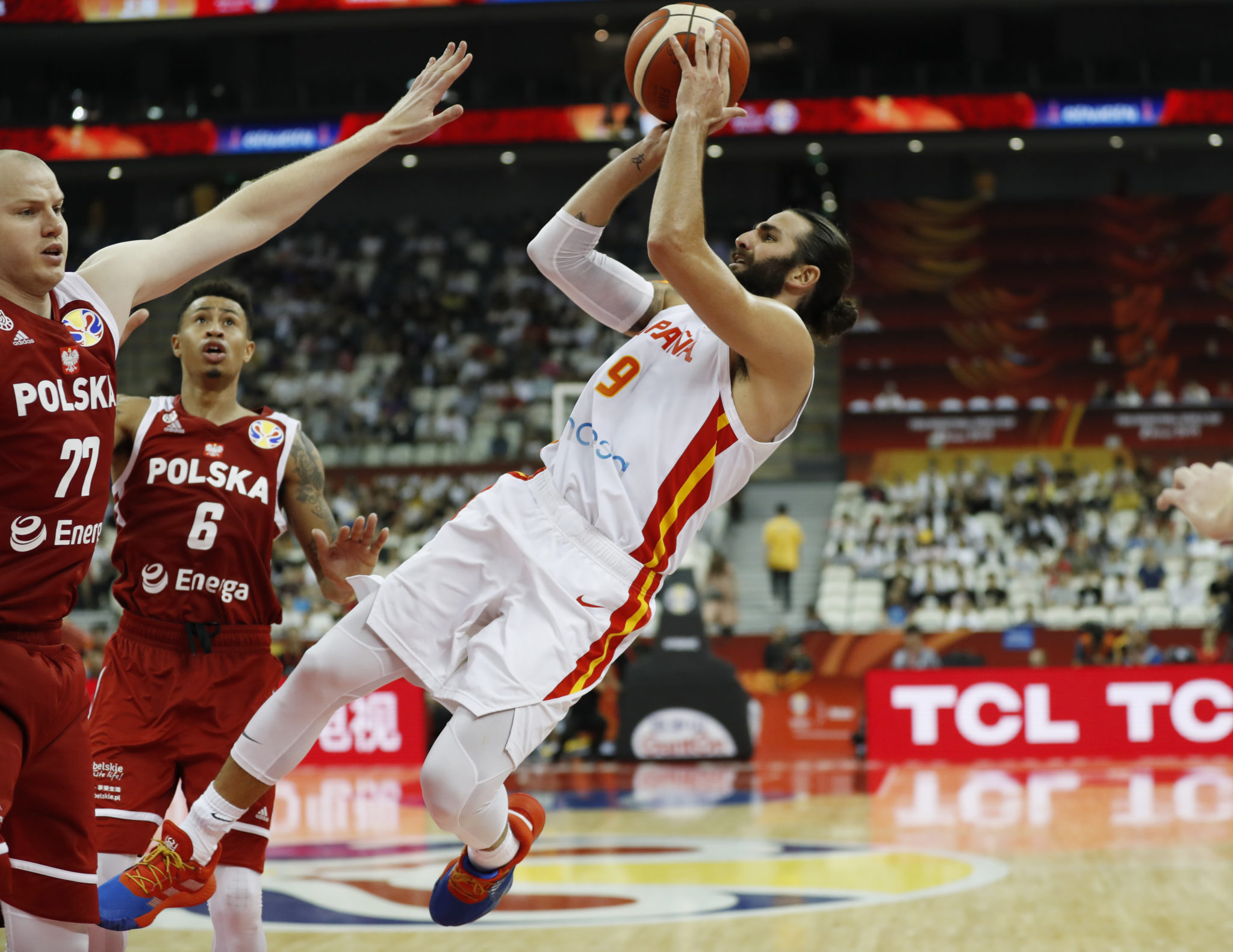 Argentina steamrolled into the basketball World Cup semi-finals with a spectacular 97-87 win over Serbia, who were among the tournament favourites, and were joined by 2006 champions Spain who overpowered surprise package Poland 90-78 on Tuesday.

The Argentines will lock horns with either holders United States or France, who meet in Wednesday’s opening quarter-final, while the Spaniards will take on the winners of the Australia v Czech Republic clash.

Argentina nailed nine three-pointers in the opening half and kept piercing Serbia’s defense inside the arc as Campazzo drove past his markers almost at will and dished out passes like confetti.


A Marko Guduric three-pointer briefly gave Serbia a 70-68 lead early in the fourth quarter but Argentina roared back with a 14-3 run which put the game beyond their rivals’ reach.

Patricio Garino netted 15 points for the winners, Gabriel Deck added 13 and Luca Vildoza chipped in with 11, while Bogdan Bogdanovic scored a game-high 21 for Serbia.

Denver Nuggets centre Nikola Jokic carried Serbia’s first-half effort with 14 points but netted only two after the break, having spent too many minutes on the court as his replacements failed to make any impact.

Serbia coach Aleksandar Djordjevic, who won the 1998 World Cup with the former Yugoslavia as a player, heaped praise on the Argentines and conceded that Serbia’s billing as one of the tournament favourites had been counterproductive.

“This is Campazzo’s win, all credit to him,” Djordjevic told reporters in Dongguan.

“Scola, on the other hand, is Argentina’s emotional leader. They all played a fantastic game, they hit a bunch of tough shots with defenders in their faces, won their individual battles against our guys.

“The atmosphere was too euphoric back home in Serbia as everyone was saying we were going to win the World Cup. I know only too well what kind of pressure that generates and sometimes it just doesn’t help.”


Spain, who brushed Serbia aside 81-69 in their final second group stage match, were made to work hard by a battling Polish side but their deep roster made the difference.

Forward Juancho Hernangomez netted 12 of his 14 points in a frantic three-minute spell in the second quarter and his brother Willy hit some clutch shots in the last five minutes after Poland had slashed a double-figures deficit to 76-72.

Playmaker Ricky Rubio, who again pulled all the strings for Spain, led them with 19 points, Willy Hernangomez added 18 and 34-year-old guard Rudy Fernandez sank 16, having buried all his five shots from three-point range.

Rubio also amassed nine assists which made him the all-time World Cup leader in that department with a total of 115, surpassing former Argentina playmaker Pablo Prigioni’s tally of 106.