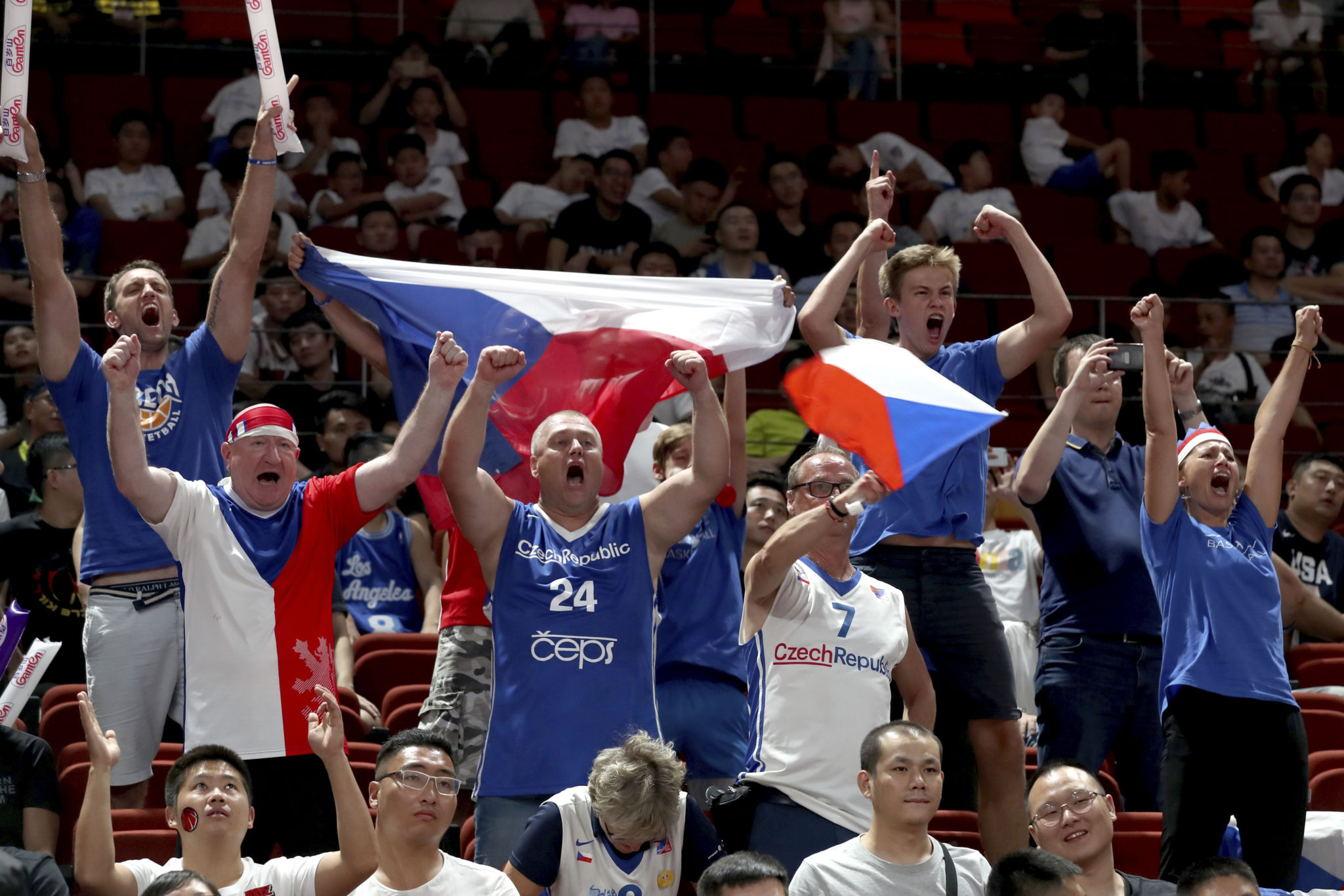 The Czech Republic and the United States completed the field on Monday for the quarterfinals of the basketball World Cup.

The Czech’s did it the hard way.

Despite losing to Greece 84-77 in the second-round group game, the Czech Republic (3-2) advanced after the United States defeated Brazil a few hours later 89-73 — also in Shenzhen, China.

Greece (3-2) needed to beat the Czechs by 12 points or more and then wait and hope that the United States defeated Brazil. In the end it didn’t matter.


In Monday’s other key game, Australia (5-0) beat France (4-1) 100-98. The victory put Australia at the top of its group with France finishing second. It means France will face the Americans in the quarterfinals on Wednesday and Australia gets the Czechs.

Both the United States and Argentina have also qualified for next year’s Tokyo Olympics.

Australia defeated the United States just over two weeks ago in an exhibition game in Melbourne to end a run of 78 straight wins by the U.S. men.

At Shenzhen, Greece needed to win by 12 to have a chance of advancing. The Greeks did lead by that much early in the final quarter but could not hold the margin.

Nick Calathes scored 27 points to lead Greece, with 16 more coming from Kostas Sloukas. NBA MVP Giannis Antetokounmpo had 12 points and nine rebounds, but also fouled out on a disputed call.

His brother, Thanasis, was asked about the call. Giannis did not attend the final news conference.

“It’s unfair for me to answer for my brother,” he said. “But if it’s my feeling — I feel like the first feeling he’s feeling is that he’s proud of his team. … We gave everything we have. It’s crazy you win and you don’t get to the next round. It’s tough.”

Jaromir Nohacik scored 25 to lead the Czech Republic, while Patrik Auda and Tomas Satoransky added 13 each.

Czech Republic coach Ronen Ginzburg was asked about Satoransky’s prospects of a triple-double in an upcoming game.

“The thing Tomas is interested in isn’t the stats and everything. He wants to win the game,” Ginzburg said.

Vitor Benite scored 21 for Brazil, and Anderson Varejao and Leandrinho Barbosa each scored 14.

At Nanjing, Australia avoided facing the United States in the quarterfinals — though the Boomers might have welcomed the matchup.

At Nanjing, both Group L teams were already eliminated from reaching the quarterfinals. Lithuania (3-2) was led by Jonas Valanciunas and Lukas Lekavicius, each with 19 points. Valanciunas also grabbed 10 rebounds.