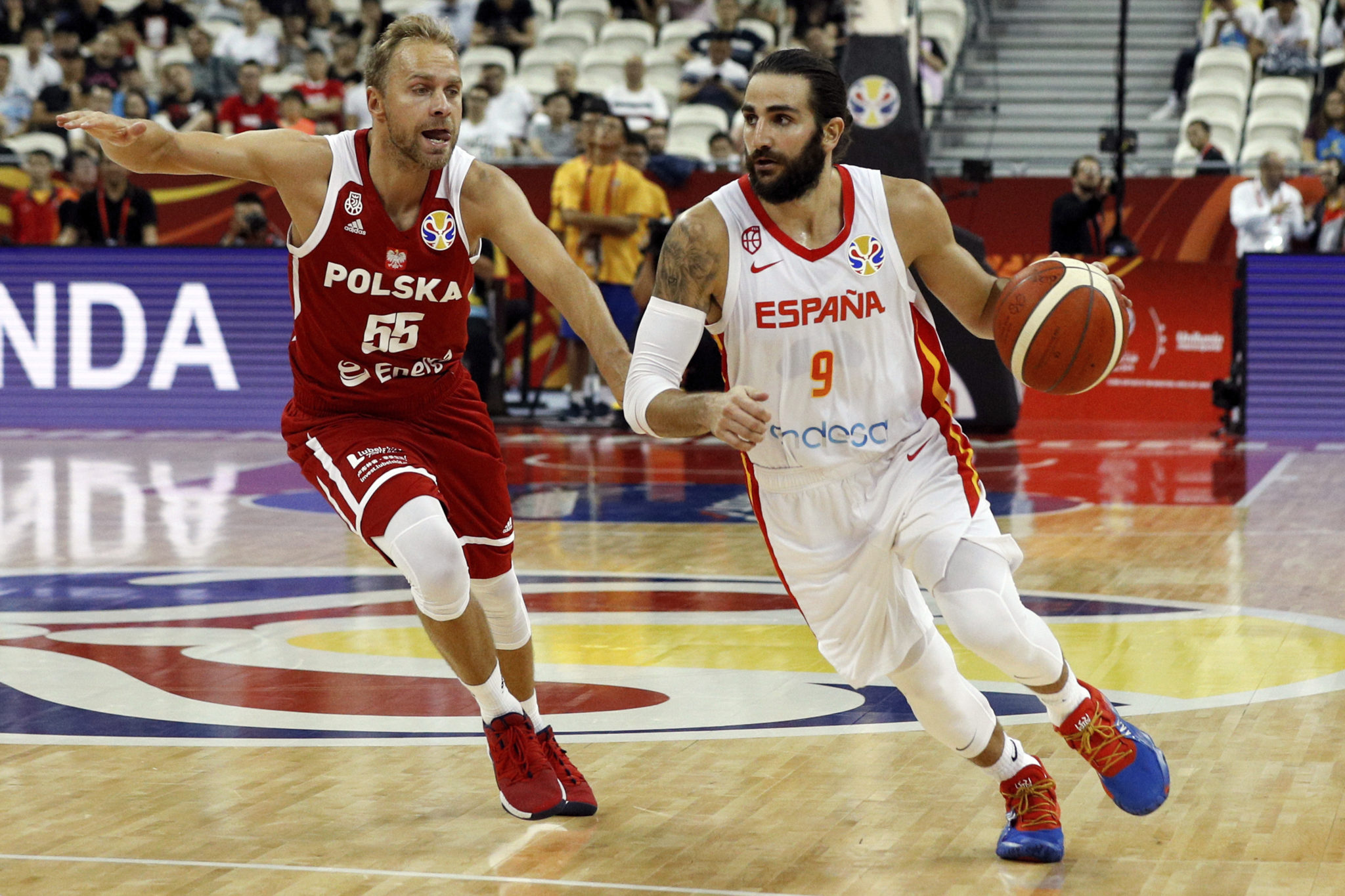 BEIJING — There’s plenty of NBA talent left among the World Cup semifinalists, even if that foursome does not include the United States.

Spain, France and Australia are stocked with 13 current NBA players. Only Argentina doesn’t have one, although its key player is Luis Scola, who had a decade-long career there before taking his game to China.

“I think we should enjoy all the NBA players who are still here and try to compete with them,” Willy Hernangomez, the 6-foot-10 (2.09-meter) center for Spain and the Charlotte Hornets, told The Associated Press.

Spain faces Australia on Friday, and France plays Argentina in the other semifinal game at the venue built for the 2008 Beijing Olympics. The final and third-place games will be Sunday in the same arena.

“Obviously right now without the USA, without Serbia — there are still many NBA players from France, from Australia, and Spain,” Hernangomez said. “The talent is there. Not just in the NBA but around the world.”


How’s this for a brief Who’s Who of NBA players in the semifinals?

France is led by dominating center Rudy Gobert of the Utah Jazz and Evan Fournier of the Orlando Magic, who scored 22 in ousting the United States in the quarterfinals. Gobert had 21.

Patty Mills of the San Antonio Spurs has been lights-out for Australia. Spain is loaded with Ricky Rubio of the Phoenix Suns, Marc Gasol of the Toronto Raptors and the Hernangomez brothers — Willy and Juancho.

As has been well documented, many high-profile American players decided not to play in the World Cup, which was not the case for other top tournament teams. World basketball is catching up with the Americans, and less than the best is no longer good enough.

“Everybody’s got the same chance to win (in the semifinals)” Hernangomez said. “Obviously without those two big teams — the USA and Serbia — everybody’s got a better chance.”

Spain captain Rudy Fernandez, who played it the NBA with Portland and Denver, urged fans not to dwell on the missing Americans.


“We don’t have to think about the teams that are not here,” Fernandez said. “Those that are here have shown they are among the best four teams in the world. Not everybody can say that. At no moment when the tournament began did we think we’d be in this situation.”

Or, as Spain coach Sergio Scariolo put it: “It doesn’t happen every time that the teams picked to the No. 1 and No. 2 are out of the semifinals. But the four teams that are here deserve it.”

Security has been tight throughout the tournament with police and scanning equipment deployed at the official tournament hotels, attributed partly to the large military parade on Oct. 1 to celebrate the 70th anniversary of the founding of the People’s Republic of China.