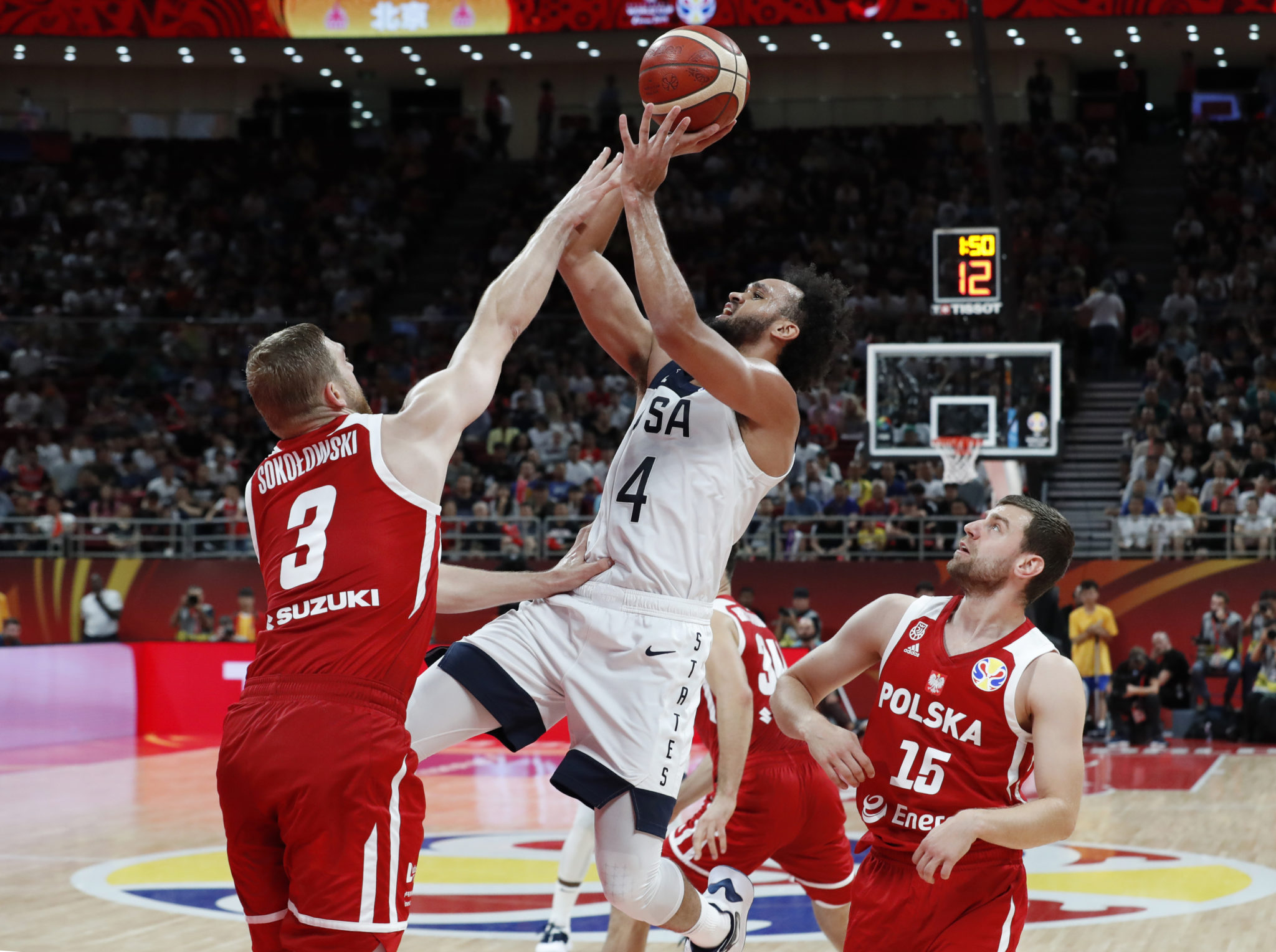 The U.S. cruised to a 87-74 win over Poland to finish seventh at the FIBA Basketball World Cup on Saturday, putting the seal on the worst-ever performance for the Americans at the tournament.

With the Boston Celtics trio of Kemba Walker, Jayson Tatum and Marcus Smart sitting out, the USA hit eight of 13 three-pointers to lead by 17 at the half.

The resilient Poles cut that lead, however, to seven midway through the third period of the classification game to decide seventh and eighth places.

Donovan Mitchell made five of his six field goal attempts as he registered a double-double of 16 points and 10 assists, and his team shot 48% from behind the three-point line.

Despite some dogged play, the Poles couldn’t get close enough to threaten, but there will be soul-searching rather than celebration for the Americans who entered as favorites but finished seventh after defeats to France and Serbia.