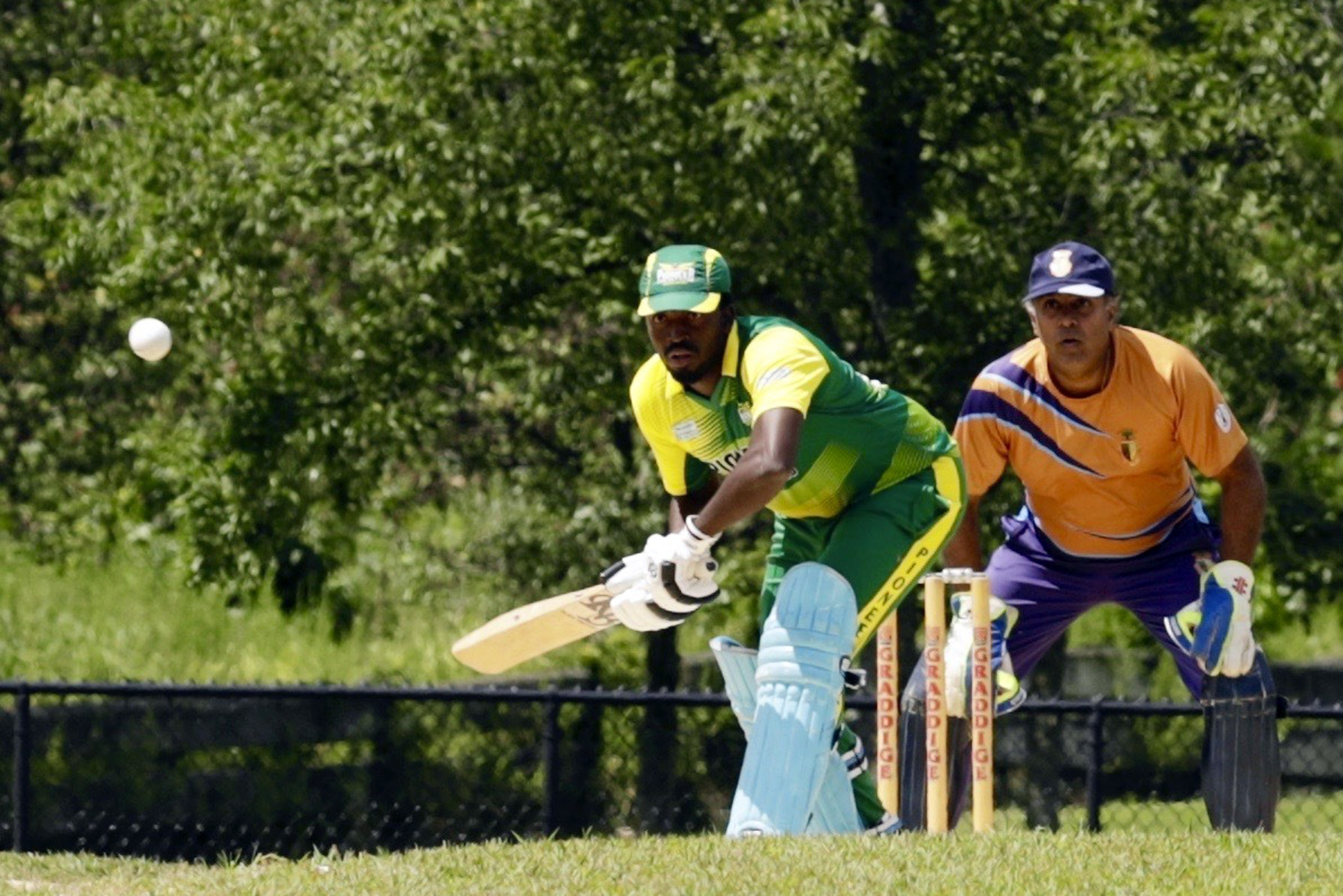 NEW YORK — A chorus of Hindi, Urdu and English permeates the grounds as the Staten Island Cricket Club suits up to play.

This club, unlike most other teams on the New York City cricket circuit, does not have a dominant religion or ethnicity.

Most of the players are immigrants from India or Pakistan, where cricket is a consuming passion. There are players from other countries as well, including a few first-generation Americans.

On the field, there is a congenial dynamic — even between teammates from India and Pakistan. Off it, though, the players can’t escape the political realities. With recent escalations in Kashmir, a heavily disputed area between India and Pakistan, tension has increased between the countries.

The polarization has reached the Staten Island Cricket Club.


“You can come back in 200 years and there will still be two problems in the world,” said team member Charu Choudhari, who emigrated from India in 1972 to attend graduate school at SUNY Stony Brook. “Israel and Palestine. And Kashmir.”

The team tries to limit such conversations, keeping the focus on the fun. But as the rhetoric overseas rises, so does interest among teammates.

A WhatsApp group chat reached a zenith in August shortly after India stripped the Indian-administered portion of the Himalayan region of its limited autonomy. Another flare-up occurred when Prime Minister Imran Khan — perhaps Pakistan’s best cricket player in history — visited the White House.

Jokes have been made at each other’s expense; opinions thrusted upon one another. But hurt feelings were kept off the field, club president Clarence Modeste said.

Modeste has been watching this percolate for more than 50 years.

In 1964, he was driving three teammates to a match in New Jersey. One was from England, the second from India and the third from Pakistan. The Englishman was seated in front, Indian and Pakistani together in back.


Suddenly, a conversation about Kashmir started — the region has been in dispute since partition in 1947. Voices were raised. Soon, a physical confrontation followed. Modeste was forced to pull over in the middle of the New Jersey Turnpike.

The four cooled off on the side of the highway for about a half hour before their match that day. The two teammates made up and finally got to the game.

All was well once the first bowl of the match was made.

“Fortunately, cricket does bring people of all religions and nationalities together,” Modeste said. “It acts as sort of a salve to sharp edges.”

Most recently, teammates have grappled over the Indian government’s move to impose a media freeze on the region. Little information has moved in or out of Kashmir since.

Unlike the highway fight in 1964, these teammates try their best to keep interactions on club time cordial and focused on cricket.

Still, there are underlying differences that linger as an integral part of the identities of the people involved.

Sunil Nayyar emigrated from India when he was 19. Before that, he played for the under-17 team for Delhi State, the squad representing the capital of India. He came to America to pursue better economic opportunities. He now owns a granite business in New York City.


Nayyar said he has many Pakistani friends that disagree with his opinions, but they are still friends nonetheless.

Khwaja immigrated to the U.S. from Pakistan when he was 12 so his father could begin a Ph.D program in English literature at Emory University. Khwaja started a law firm after graduating from Temple and Seton Hall Law School. His family is Kashmiri-Pakistani.

“I generally hear from people from both countries about how Kashmir is theirs,” Khwaja said. “It feels really isolating and alienating. I can’t imagine how many people are dealing with that on a daily basis. When everyone around is saying, ‘You’re ours, and you don’t have a choice about it.'”

Fahad Mughal emigrated with his family when he was 13 to find better opportunities. He was drawn to cricket from watching the 1992 World Cup — a tournament in which Imran Khan captained Pakistan to victory — its only World Cup victory to date.

“I remember the celebration that we had at home,” Mughal said. “I was just infatuated for the love that my parents had for the game. … It reminds me of my roots.”

He, too, disagrees with Nayyar’s perspective on Kashmir.

“We shouldn’t as people decide who Kashmir belongs to. It should be decided by people who live there,” he said.

Once they put on their uniforms, politics appeared to fade as the Staten Island Cricket Club lined up together, as a team, to try to notch 10 outs — the amount it takes to bring your side to bat.

Staten Island took its positions at Roy Sweeney Field in Brooklyn. Nayyar grabbed the ball, made a running start, then bowled. After several runs, Nayyar bowled a batter out with a pop up.

The team — Indian and Pakistani, Hindu and Muslim — came together. They formed a circle and put their hands into a pile.

“One, two, three, Staten Island,” they scream in unison.

Avery Yang is a reporter for The Associated Press.