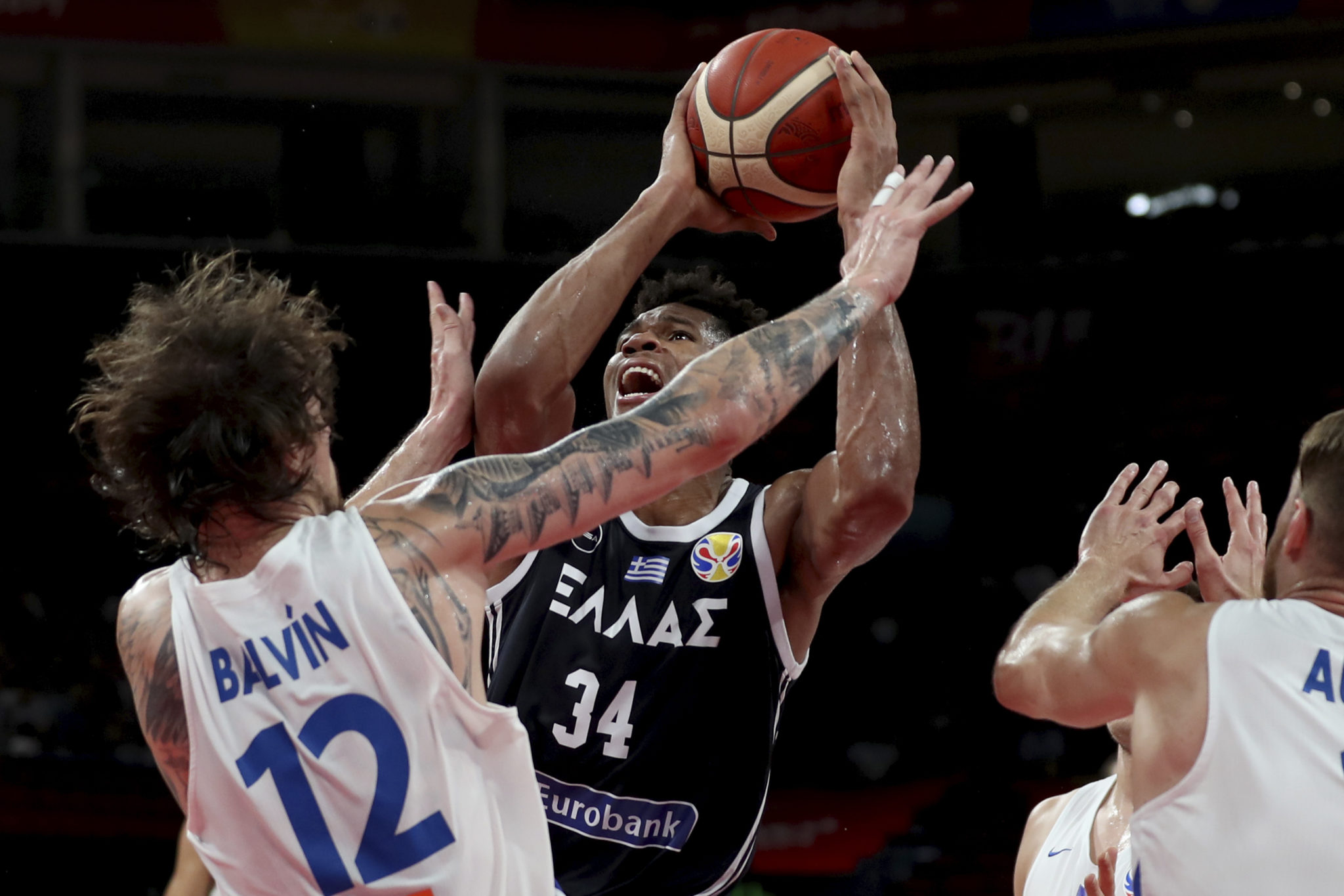 SHENZHEN, China — Giannis Antetokounmpo now has a little more time to get ready for the NBA season.

That would be an unwanted consolation prize.

The reigning NBA MVP’s stay at the World Cup is over, even after a victory in the team’s finale. Greece needed to beat the Czechs by at least 12 points to have any chance of reaching the quarterfinals, and instead is heading home after an 84-77 win on Monday wasn’t enough to push it to the next round.

“He’s proud of his team. … We gave everything we have,” said Thanasis Antetokounmpo, the MVP’s brother, along with his Greece and now Milwaukee Bucks teammate. “It’s crazy — you win and you don’t get to the next round.”

Giannis Antetokounmpo fouled out with 5:32 left, called for charging on a play that left the Greek bench and fans howling in disbelief. Greece was up by 10 at the time, on the cusp of the margin it needed to advance.


Czech guard Tomas Satoransky of the Chicago Bulls knew it was a big call.

“We knew that he would go for the Eurostep or try to force it,” Satoransky said. “In Europe, they’d probably call it. In the NBA, they wouldn’t call it, obviously, because they protect stars.”

Giannis Antetokounmpo did not make himself available to reporters for the second consecutive game. He also told FIBA officials that he was too upset to speak Saturday after Greece’s 69-53 loss to the U.S.

Antetokounmpo is the first reigning NBA MVP to play in the World Cup or the world championships. Only three reigning MVPs have played in the Olympics — Michael Jordan in 1992, Kobe Bryant in 2008 and LeBron James in 2012, all for the U.S., and all going home with a gold medal.

“He came, he worked 100%, he tried 100% to get this game,” Greece coach Thanasis Skourtopoulous said.

Greece, up by seven both times, had to take fouls three times in the closing seconds — unusual for a team with a lead, of course, but the only number that mattered was the scoring margin and the Greeks simply needed more points.


It almost worked: Nick Calathes’ deep 3-pointer with 7 seconds left pushed Greece’s lead to nine, but Jaromir Bohacik — who was 5 for 6 from the line in the final 20 seconds — made a pair with 4.6 seconds remaining, and that was the end for Greece.

Greece had its chances, leading by as many as nine in the first half. But the Czechs closed the half on a 16-6 run — a stretch where Giannis Antetokounmpo went to the bench with 1:10 remaining after an ill-advised offensive foul, his third personal of the game — and, because of the point-differential tiebreaker, Greece knew it needed a dominant 20 minutes of second-half basketball to keep hope alive.

And it wasn’t to be. So soon, it’ll be time to head back to Milwaukee.

The Bucks open training camp Oct. 1, play their preseason opener Oct. 7 against Chicago and open the regular season on Oct. 24 at Houston — in a game that will feature the last three MVPs, with Antetokounmpo, Rockets guard and 2018 winner James Harden and new Houston guard Russell Westbrook, the 2017 MVP when he was with Oklahoma City.

Thanasis Antetokounmpo said getting to share the World Cup stage with his brother, even with a disappointing final outcome, was what he would remember.