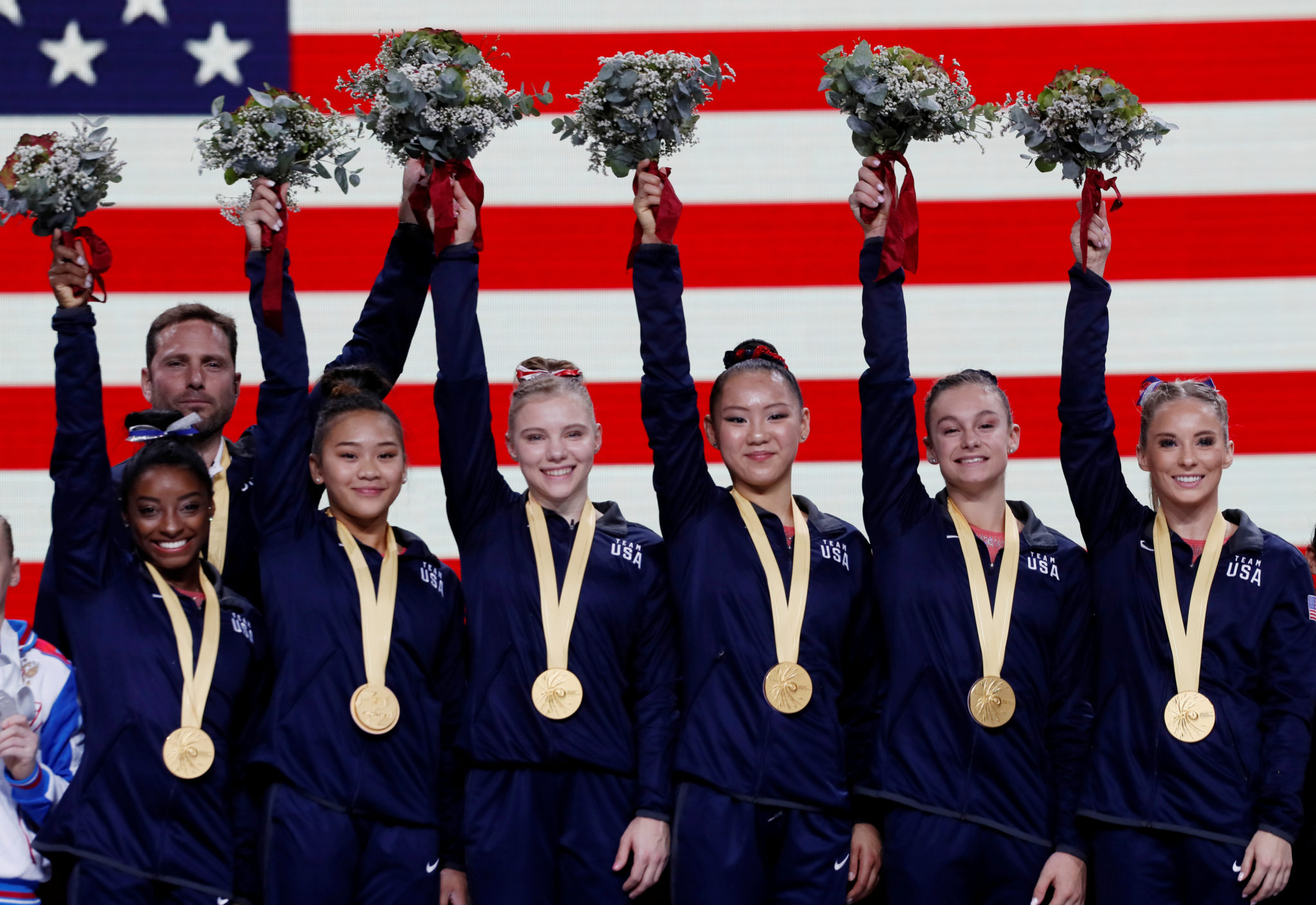 The United States women cruised to their fifth consecutive team title at the gymnastics world championships in Stuttgart on Tuesday, with Simone Biles becoming the event’s most decorated woman.

The Americans hardly made a mistake in the finals, with Biles helping them to a score of 172.330 — 5.801 points more than second-placed Russia.

Only Vitaly Scherbo of Belarus has won more world medals with 23, which Biles could surpass by the end of the individual events this week.

The Americans wasted no time on their path to glory, with Grace McCallum, Jade Carey and Biles landing three solid vaults in a row to give them an early lead.


Sunisa Lee faltered on the beam, just as she did in Saturday’s qualifying round, but Biles continued to showcase clinical execution to post the highest scores on three out of four apparatus.

By the time Biles approached the floor exercises, she needed only a 9.533 to clinch gold.

She wrapped up the contest in style with a triple-twisting double back flip — now known as Biles II — to finish with 15.333.

Italy huffed and puffed into the finals by grabbing the eighth and final qualifying spot but going into the final rotation they were in second place, trailing the U.S. by 2.434.