The Blue Bombers won their 10th title, becoming the first third-place team to reach and win the Canadian Football League championship since Edmonton in 2005. 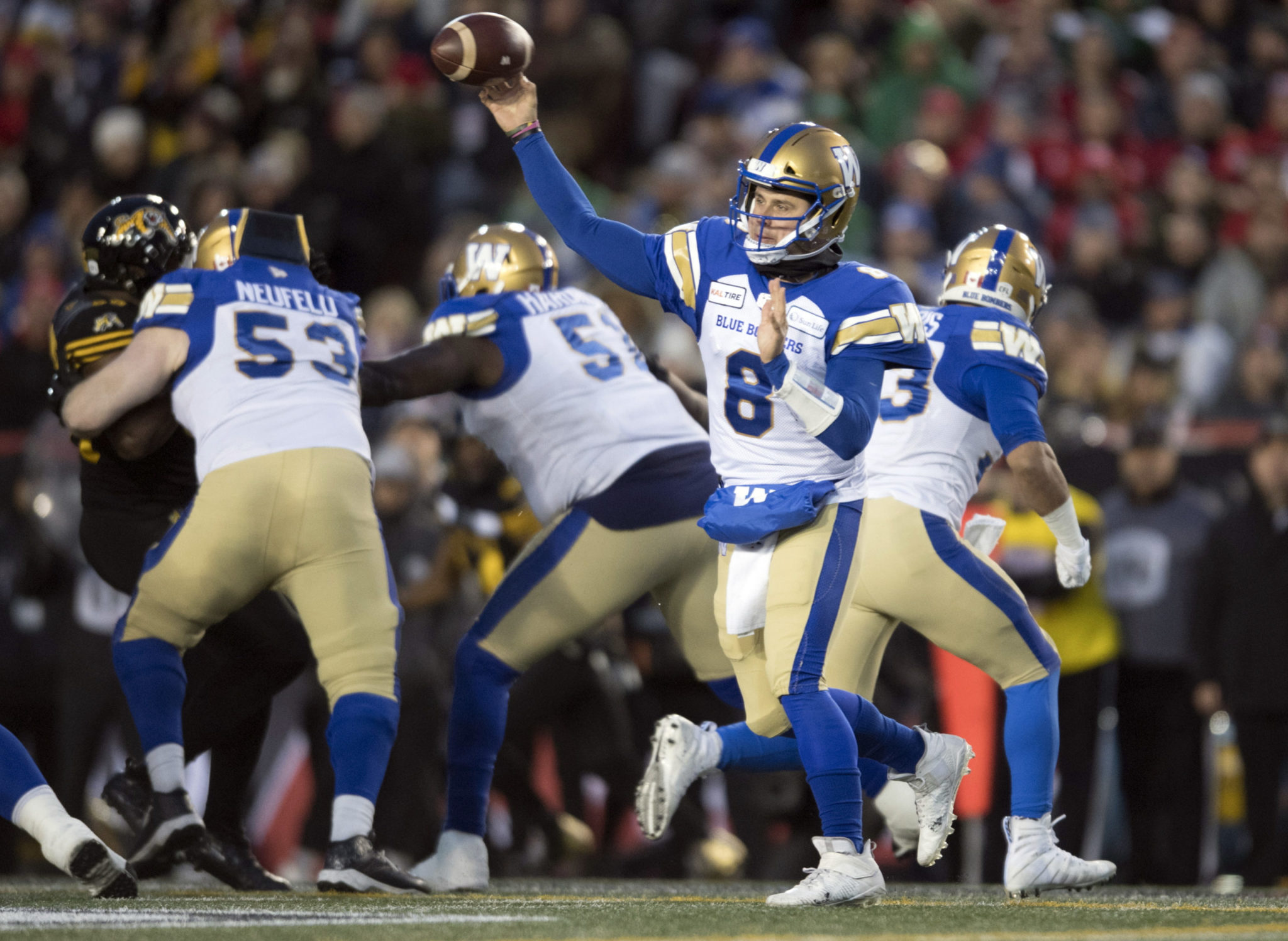 Only the Toronto Argonauts, who went 30 years without a championship, had gone longer without winning the Cup.


While the Blue Bombers celebrated, the dejected Tiger-Cats, who had top regular season record of 15-3, head home with their 20-year Grey Cup winless streak extending another season.

Harris, who served a two-game suspension during the season for a positive drug test, walked away with both the most valuable player and outstanding Canadian awards after running for 134 yards on 18 carries.

The 32-year-old running back took a moment during the celebrations to hit back at his critics, pointing to all the silverware that will soon be in his trophy case.

“These two trophies and the one behind me (Grey Cup), that’s for all the haters who put me down, kicked me when I was down,” said Harris, who was three-years-old the last time Winnipeg won the Grey Cup.

The Tiger-Cats turned the ball over three times in the opening quarter and the Blue Bombers made them pay.

After Hamilton quarterback Dane Evans fumbled deep in his own end Harris, the CFL’s rushing leader, rumbled the final 15-yards for the touchdown.

Harris also hauled in an 18-yard pass for another touchdown while Medlock contributed a pair of field goals and another point off a missed attempt.

The Tiger-Cats, the regular season’s highest scoring team, were held to just two Lirim Hajrullahu field goals as the Bombers went into the break with a 21-6 lead.

Hamilton managed just a single touchdown, Evans connecting with Bralon Addison on a four-yard strike in the third quarter.