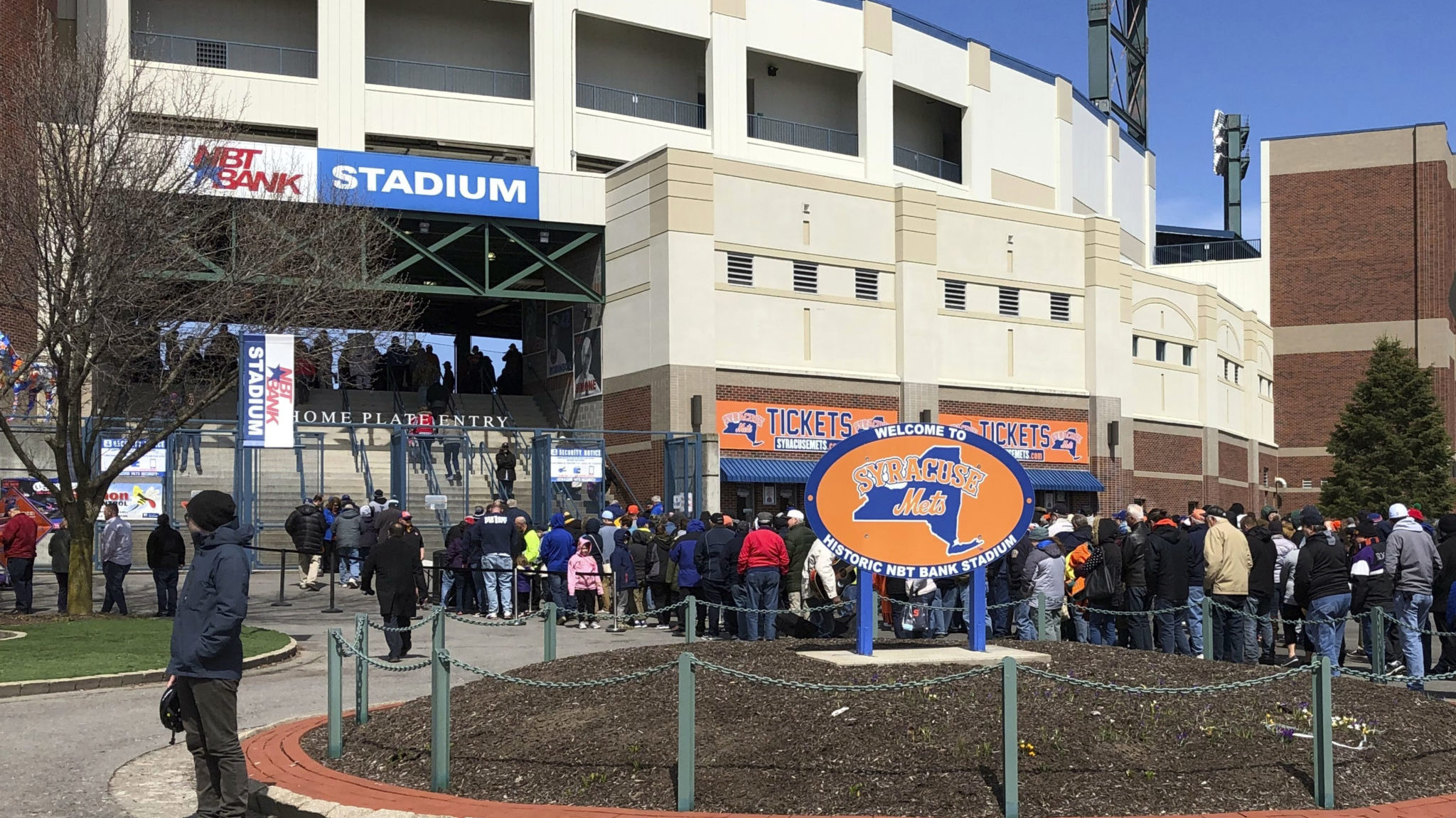 The Syracuse Mets — The Fanatic’s preseason favorite in the Triple-A International League — won their seventh straight game last night by downing the Lehigh Valley IronPigs 11-8 in a thirty-hit slugfest before a crowd of 8,551 at Coca-Cola Park in Allentown.

Coupled with Scranton-Wilkes-Barre’s 7-4 loss to Pawtucket on Tuesday evening, the win puts Syracuse within a game of division-leading Scranton in the International League’s North Division.

Buffalo, which dropped a 4-1 pitcher’s duel at Rochester, remained two games behind in the hotly-contested division.

Leftfielder Gregor Blanco, a .246 hitter who went 2-for-3 at the plate, including a run-scoring double, drove in four runs for Syracuse.  A half-dozen Mets, including third baseman Arismendy Alcantara, who blasted a solo homer and singled twice, had multiple hits in the game.

Leading 1-0, Syracuse sent eleven batters to the plate in the third-inning, scoring six runs to take a commanding 7-0 lead.


The two teams meet again on Wednesday in the third game of their four-game series.

The “Miracle Mets,” who started their current winning streak with a 5-4 victory against Durham on August 14th, have 23 won of their last 37 games. They were languishing in fifth-place in the International League’s North Division at the All-Star break with a 42-47 record.

Syracuse hasn’t captured an International League title since the year of America’s Bicentennial in 1976 when the Syracuse Chiefs, an affiliate of the New York Yankees, won the championship after finishing 6 ½ games behind Rochester during the regular season.