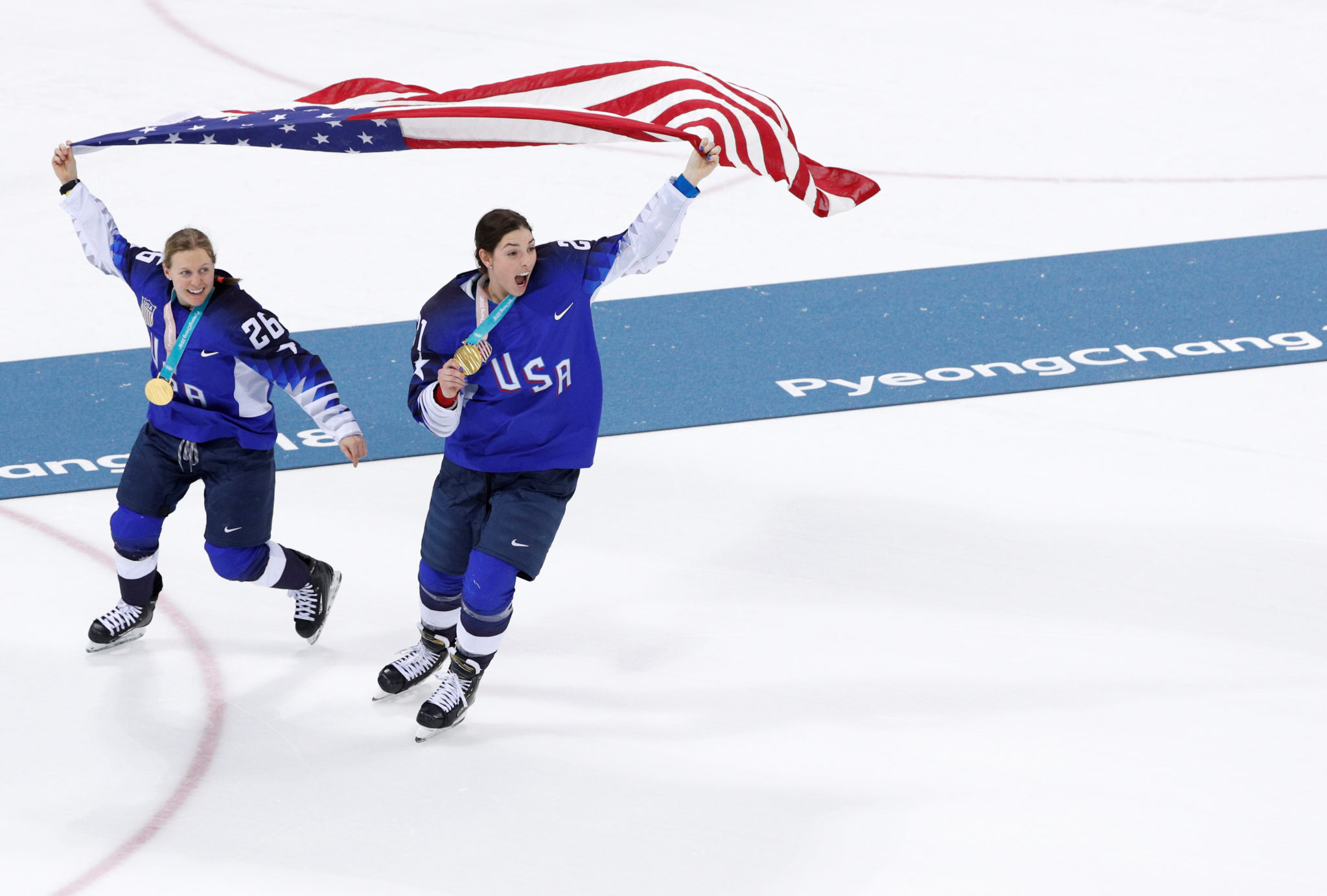 A coalition of top women’s hockey talent is hosting its first public competition in Toronto on Saturday, months after pledging not to join any professional North American league until an economically viable option emerged.

Citing unsustainable salaries and poor resources, over 200 players formed the Professional Women’s Hockey Players’ Association (PWHPA) in May, aiming to reshape the trajectory of the sport.

“We as players are playing with the intention of leaving this game better than we entered it,” Kendall Coyne Schofield, an Olympic gold- and silver-medalist, told Reuters.

“And we have control over our image, our skill, our talent and ultimately the product we put on the ice.”

The Dream Gap Tour, a series of exhibition games organized by the PWHPA, kicks off in Toronto, and includes games against Boston College and former members of the NHL’s San Jose Sharks later this month, along with exhibition matches in New Hampshire and Chicago in October.

Hilary Knight, a member of the PWHPA who had previously played in both leagues, told Reuters the tour reflected a need to rethink how women’s professional ice hockey operates.

“The main goal has always been the main goal: that’s to build a sustainable, viable option and we haven’t seen that quite yet,” said Knight, who has won two Olympic silver medals and one gold with Team USA.

“There’s a reason why there’s collective minds that are out there trying to forge a new future for the game.”

Tennis and women’s equality pioneer Billie Jean King, whose eponymous company is serving in a leadership and guidance role with the PWHPA, echoed that sentiment.

“In order for women’s professional hockey to thrive and ensure that young girls have the same opportunity to play in a professional league as young boys, it takes significant investment and infrastructure,” King told Reuters via email.

“Our goal is to ensure these women get the support, platform and professional environment they need.”

The tour has the potential to dent the NWHL, once poised to assume the role of North America’s sole pro option, but now contending with some of the sport’s biggest names playing elsewhere.

Its season opener is set for Saturday, Oct. 5.

The NWHL said in a statement they “wish all the players the best on their events.”

“We subscribe to the theory that a rising tide lifts all boats,” the NWHL said.

Dani Rylan, the founder and commissioner of the NWHL, told Reuters via email that her league is staying on track with its goals.


“Even with all the turbulence, we’ve closed major deals, increased player salaries and the 50-50 revenue share with the players is a sustainable, fair, formula that will allow us to grow at a smart rate,” Rylan said.

But with a salary cap of $150,000 per team, wages in the NWHL are slim, even with a plan to pour 50% of league-level sponsorship money into the salary pool, and many players take second jobs.

Coyne Schofield, who earlier this year became the first woman to compete in the NHL All-Star Skills Competition, said wages are a sticking point.

“We’re not asking for millions, we’re asking for the opportunity to be professionals,” she said.

“I want to see women graduate from their college hockey days and say, ‘I want to be a professional hockey player,’ and then get drafted to a city and they pack up their life and they move there.”

Earlier this week the NWHL sold one of its five franchises, the Boston Pride, to a group of investors led by Cannon Capital managing partner Miles Arnone.

“The PWHPA and the NWHL have the same goal in mind, which is to create a viable women’s professional hockey league that can provide a living wage for its players and good working conditions and growth opportunities,” Arnone told Reuters.

“The way we in the NWHL are pursuing it is more likely to be successful.”

As with any professional sport, sponsorships and financial support loom large over pro women’s hockey.

The association and its tour have attracted sponsors including Magellan, Dunkin’ Donuts, Unifor and Budweiser, which signed on to become the PWHPA’s official beer.

On Friday, the National Hockey League Players’ Association (NHLPA) announced it would also serve as a PWHPA sponsor.

The NWHL has its own roster of sponsors including Dunkin’ Donuts, and earlier this month Twitch became its exclusive live-streaming partner.

The NHL has also contributed financially to the NWHL.

Madison Packer, entering her fifth season with the NWHL, told Reuters she understood the PWHPA’s stance, but felt her current league offers the most viable path forward.

“Depending on the market you’re in, is what we make as a salary a livable wage? No,” said Packer. “But that’s a work in progress.”

“The salary cap is up this year, there’s more games, there’s more sponsorship money. That’s not something that happens overnight in any sport, men’s or women’s.”