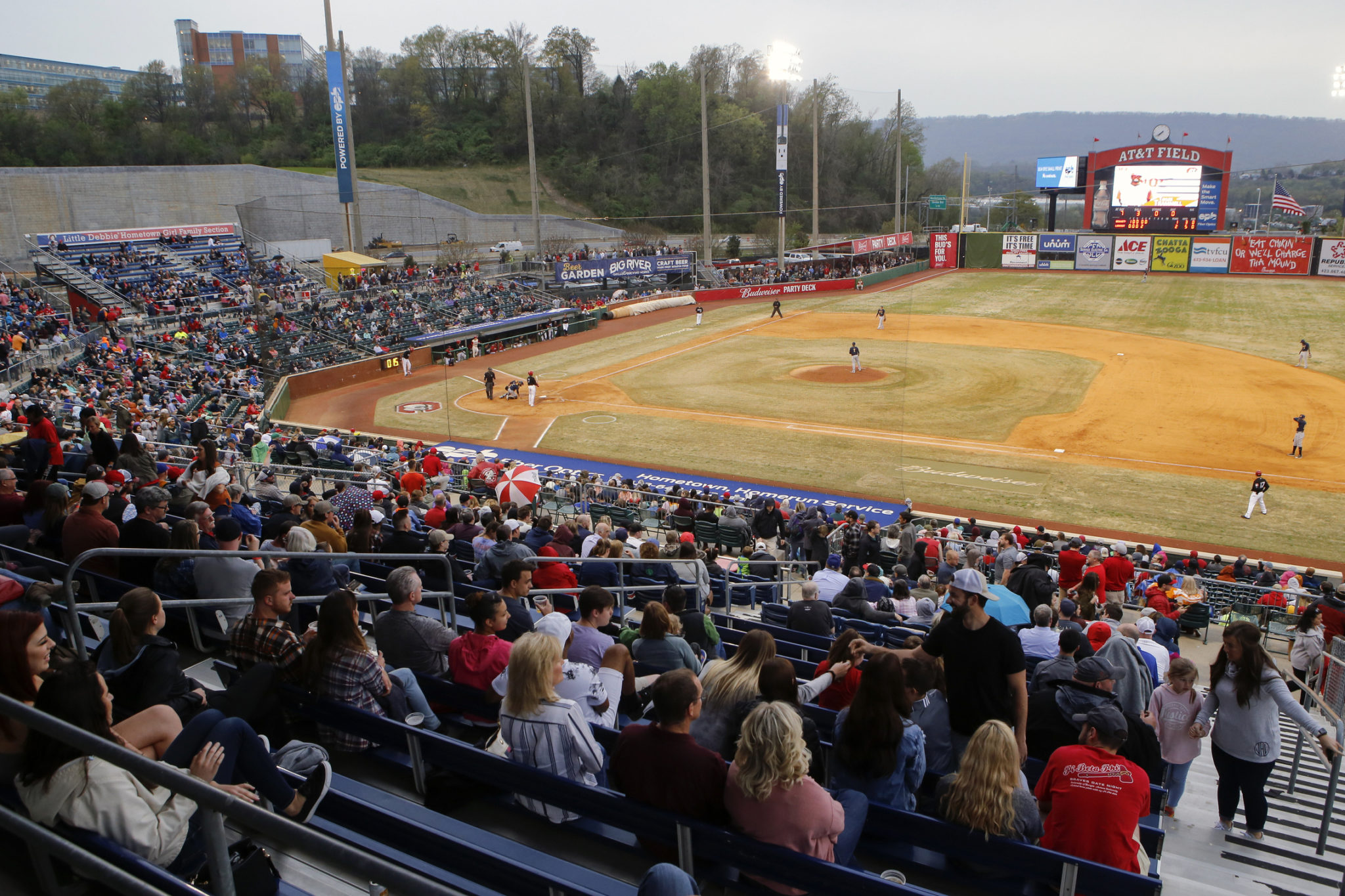 So, what brilliant idea have the powers-that-be come up with to expand the popularity of the national pastime?

With its eyes firmly on the bottom line and not the future of the game, Major League Baseball is pushing a proposal to whack 42 minor league teams — and several entire leagues — from its vast network of affiliates that bring the game to every corner of country.


That includes Chattanooga, Tennessee, home of the Double-A Lookouts and a city where professional baseball was first played in 1885.

“It came as a shock,” said Jason Freier, co-owner of the Lookouts. “If you’re constantly trying to grow the game, why would you be taking baseball out of 40-plus markets?”

While MLB might be able to justify weeding out some of the weaker franchises in the minors — I mean, do we really need the Florida Fire Frogs, a Class A team that averaged 327 fans per game this season? — it’s obvious that money is at the heart of all this.

MLB wants to cut its development costs, especially in light of a class-action lawsuit stating many minor league players are getting paid less than minimum wage. Eliminating hundreds of jobs is an obvious way to make sure the remaining up-and-comers don’t have to eat Ramen seven days a week. This proposal would supposedly save about $20 million a year.

But the fallout could be devastating to both local communities and baseball’s long-term popularity.

Two of the Southern League’s 10 teams are on the contraction list: Chattanooga and the Jackson (Tennessee) Generals.


Jackson makes some sense. It’s the smallest metro area in the league by far, plays in the oldest stadium (though it opened in 1998), and the Generals drew less than 1,800 fans per game this past season.

But the Chattanooga metro area has more than a half-million residents. The Lookouts ranked fifth in the league in attendance (3,518 a game) and were named the Southern League organization of the year. A&T Field, which opened in 2000, is one of the oldest stadiums in the league but hardly obsolete.

“It blew our minds,” said Freier, who runs a group that also owns teams in Fort Wayne, Indiana and Columbia, South Carolina. “It is really hard to envision Chattanooga without the Lookouts. It’s a great market with an unbelievable baseball history.”

There have been discussions to build a new ballpark in Chattanooga, but Freier said those efforts will surely be complicated by MLB’s contraction scheme.

“Obviously, when people see the team might go away, the public and private partners take a step back and say, ‘Wait, why should we spend the time and energy on this if there’s not going to be a team here?’” he said.

This it not an idea that came totally out of left field.

With the minor league agreement expiring at the end of the 2020 season, MLB made clear it wanted some changes. In addition to stadium upgrades, there was a need to address increasingly grueling travel times for the players, caused by leagues expanding and dozens of franchises moving to new cities in recent years.


Take the South Atlantic League, a Class A organization that now has 14 teams stretching from New Jersey to Georgia.

Under the contraction plan, three of its teams — the Hagerstown Suns, Lexington Legends, West Virginia Power — would be eliminated. A slimmed-down Sally League would emerge, along with a new Mid-Atlantic league presumably comprised of the remnants from the Sally and New York-Penn leagues.

Essentially, MLB wants to slim down to four levels of minor league baseball: Triple-A, Double-A, Advanced Class A and Class A. The short-season and rookie leagues would be eliminated, including the entire Pioneer League, which has eight teams in Montana, Idaho, Colorado and Utah, as well as the Appalachian League for all intents and purposes (the only team that would survive is its top-drawing franchise in Pulaski, Virginia).

They believe the best way to train entry-level players is at their spring training complex in Florida, instilling the analytics-based values (and perhaps some shadier ideas) that have carried the team to the World Series two of the last three seasons. They see no reason to have a vast network of minor league teams.

There are surely cities on the list that won’t be missed. Six of 10 teams in the Appalachian League drew less than 1,000 fans per game. Not exactly a sustainable business model.


Also, it’s worth noting that plenty of cities have been abandoned by their minor league teams over the years without any help from MLB. Come next season, there won’t be franchises in seemingly prime markets such as New Orleans and Mobile, Alabama, both of which lost their teams to the lure of new stadiums elsewhere.

“They’ve moved 77 franchises since 1990, OK, left communities 77 times in order to get a bigger subsidy somewhere else,” MLB Commissioner Rob Manfred pointed out. “What it’s done to us is produce travel that is not acceptable for professional players. Bus rides, long, six, eight, 10 hours and trust me, in a lot of cases, it’s not on a luxury cruise liner, it’s on a school bus.”

Then again, it’s hard to justify the elimination of Chattanooga and two other Double-A teams, the Binghamton (New York) Rumble Ponies and Erie (Pennsylvania) SeaWolves of the Eastern League.

Just last year, the SeaWolves announced they were getting $12 million in state money to upgrade their 25-year-old ballpark. The Rumble Ponies received $5.1 million in state and city funds for stadium renovations prior to the 2019 season.

In a similarly puzzling move, the Williamsport Crosscutters are slated for elimination. Never mind they are in the Pennsylvania home of the Little League World Series and play in a ballpark deemed suitable to hold the Little League Classic, a regular-season game held since 2017 between big league teams.


Congress weighed in on the matter this week with a letter signed by 106 House members, calling on Manfred to reconsider the contraction plan.

But the commissioner and the owners seem intent on pushing through some sort of significant downsizing after next season, and there appears little that Congress or the minor leagues can do to stop them.

“We can maintain the status quo, but we’re going to maintain it with 120 franchises that are functional,” Manfred said ominously. “At the end of the day, minor league baseball needs to make an agreement with us.”

MLB has all the power.

It looks like the minors are heading for a major contraction.