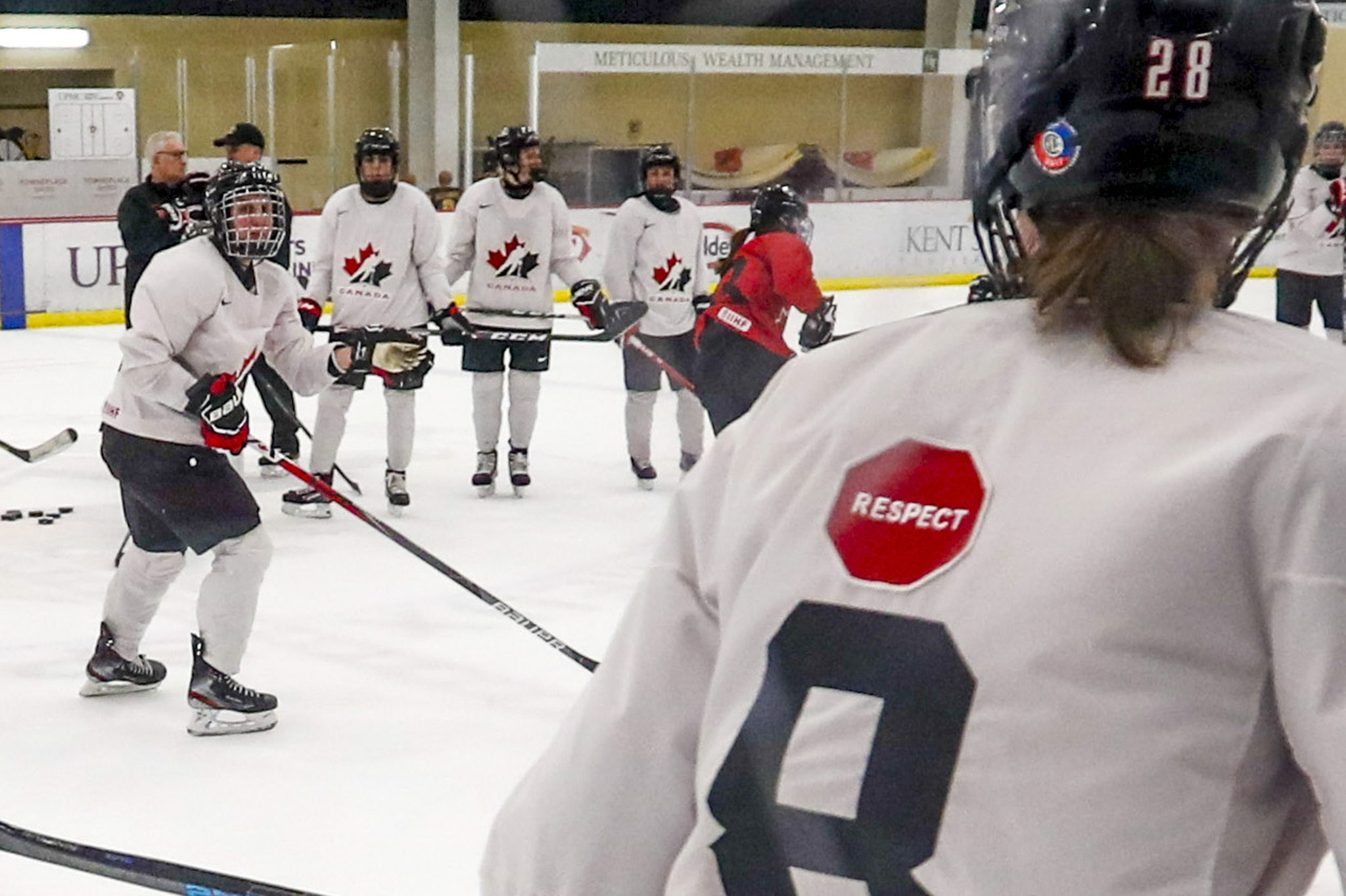 Hilary Knight has a gold medal. What she would like is a full-time job. Not just for her. For the other 200-plus members of the Professional Women’s Hockey Players’ Association too. One that pays all of them well enough to simply go play instead of forcing most to find side gigs just to get by. One that provides adequate medical insurance. One that provides something resembling stability.

At the moment, the forward who scored the first goal for Team USA in the 2018 Olympic gold medal game victory over Canada doesn’t believe such a job exists. It’s why Knight and the rest of the PWHPA announced in May they would not play in North America during the 2019-2020 season, a decision that meant the 30-year-old would be sacrificing at least one winter — if not more — of her prime in the pursuit of something resembling equality.

Six months into a self-imposed sabbatical, Knight is equal parts anxious and resolute. Asked how long the PWHPA can hold out and she’s politely blunt.


“I don’t think there’s a set answer to that,” she said. “Obviously, as players, we want to compete. We want to play in a league right now. However, we don’t have a league right now to play in so my answer would be, ‘Yesterday is too long.’ But at the same time, it’s as long as it takes for us to fulfill our needs of finding a sustainable, viable solution.”

At least Knight is keeping busy. She knows that makes her one of the lucky ones.

While the majority of the PWHPA either plays internationally or not at all waiting for a league — preferably one backed by the NHL — to materialize, Knight and the rest of Team USA and Team Canada began preparations for the 2019-2020 Rivalry Series by working out last week at the Pittsburgh Penguins’ practice facility. In a way, the training camp, which included a pair of sold-out exhibitions was a sign the movement the PWHPA started is gaining support. The two superpowers decided to get together after the Four Nations Cup in Sweden was canceled when top Swedish players pulled out of national team events due to concerns over salary and working conditions.

The PWHPA members believe there is palpable momentum for change, pointing to the support they received during the first three stops of “The Dream Gap Tour ” earlier this fall. The three-day showcases in Toronto, New Hampshire and Chicago included intrasquad games between members of the PWPHA as well as clinics that allowed them to work alongside the girls they know will one day benefit from the stand the association is making now.

“I don’t think we knew what to expect after that news that happened in May,” Canadian star Marie Philip Poulin said. “It was a great start and hopefully it’s going to keep going.”


The tour will likely continue in 2020, though the details have yet to be ironed out. Between that and the Rivalry Series — which officially begins in Hartford, Connecticut, on Dec. 14 — the top Canadian and American players are keeping plenty busy. At least in the short term. What happens after the 2020 World Championships wrap up in April is uncertain.

“Hockey wise, we’ve been getting what we need to to be ready in the long run (for international play),” said Team Canada forward Melodie Daoust. “But we’re not where we want to be, being treated like professional or having more hockey games. But the answer to all of that is we’re waiting for the NHL to step in.”

A step the NHL remains reluctant to take with the National Women’s Hockey League still in play. While the Canadian Women’s Hockey League closed after 12 years of operation last spring — due in part to competition with the NWHL for talent — the five-team NWHL is in the midst of its fifth season , soldiering on without the same star power.

“It’s a glorified beer league to me,” said Knight, who won a scoring title with the NWHL’s Boston Pride before moving on to the CHWL. “It’s serving a purpose but it’s not elite talented players that are playing at a high level.”

Asked if the PWHPA can create a league that meets its needs without the NHL’s support, American Kendall Coyne Schofield offers a qualified yes.

“If the NHL’s not going to step in, we could but I think we all have the understanding that the NHL would provide the resources that we would want to see in a true professional league,” Coyne Schofield said. “We have not seen a legitimate professional league to date and we know that the infrastructure that the NHL has, the resources it has, the buildings they have, the staff that they have is something that this game needs. We need to wait and see what they do.”

And they intend to wait however long is necessary.

“In terms of the sacrifice players are making, I think you can ask anyone, it’s 100% worth it knowing that we’re fighting for something that’s going to last forever,” the 27-year-old Schofield said. “And for me, my clock is ticking, but if I can leave this game better than it was, that’s what’s most important.”


Even if it leads to some potentially messy politics down the road. Though current WNHL players are not “scabs,” — the NWHL does have its own players’ association — there is a chance one day that the women playing in the NWHL now could one day be competing with members of the PWHPA for roster spots if another league comes to fruition.

“If they’re vibing with what we’re trying to do and our mission, they’re more than welcome to hop into the PWHPA and join just as any member has joined,” Knight said. “We’ve got a really talented group and we’re trying to carve out a better future. Not having health care and getting paid pennies to go play and call yourself professional, that’s not something any of us are interested in. So when people wake up and see the bigger picture, come and join us.”

The PWHPA remains adamant there is an appetite for professional women’s sports. The NBA-backed WNBA recently completed its 23rd season. The National Women’s Soccer League received a significant boost last summer while piggybacking off the Women’s World Cup, which led to expanded television coverage. Coyne Schofield said the WNBA in particular gives her optimism.

For now, the best players are scattered all over the world, either playing professionally overseas or strictly for their national teams or not playing at all, which in a way has added a new wrinkle to the white-hot tug of war between the Americans and the Canadians. Yes, when they pull on their respective sweaters, it’s the same as it ever was. Off the ice, however, there’s a sense of detente for the greater good.

“We’re all fighting for the same cause,” Philip Poulin said. “We’re in it together. It’s so much bigger than the country we’re playing for right now. We’re together. We’re going to keep going. We’re going to go at it and we’re going to work together until it works.”