Coleman pulls out of 200 meters at world championships 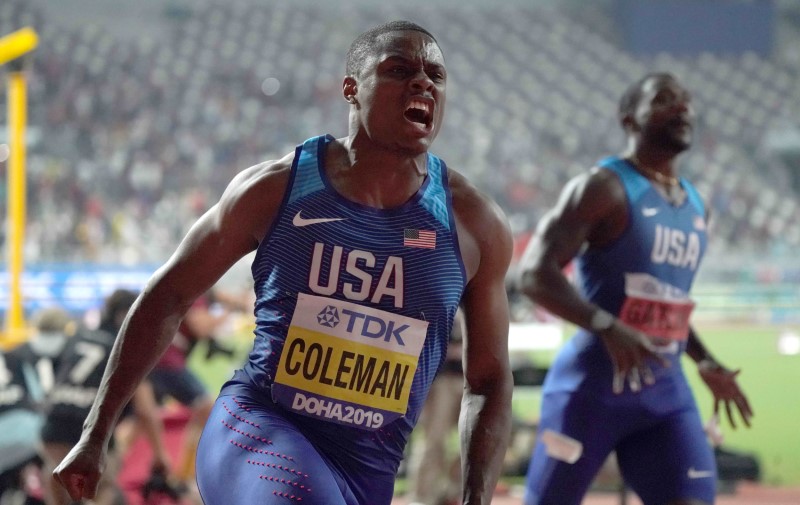 American Christian Coleman’s dream of adding the 200 meters to the 100 meter world title he won on Saturday has ended after he pulled out of Sunday’s opening round because he was still “feeling the strain”.

Coleman was due to run in the second heat at the world championships on Sunday evening but his name was withdrawn from the start list hours before the race.

Manager Emanuel Hudson said the 23-year-old had not recovered from his exertions the previous night when he ran a personal best of 9.76 seconds.

“He is sore from yesterday and didn’t leave the stadium until after 1am,” Hudson said in a text message to Reuters. “Couldn’t take the strain today.”

Coleman had been expected to provide the main challenge to favorite and fellow American Noah Lyles.


Coleman was only cleared to compete earlier this month after the United States Anti-Doping Agency (USADA) withdrew a whereabouts charge — a potential anti-doping violation — against him.

USADA charged him with three failures to properly file whereabouts information in a 12-month period but he escaped what should have been an automatic ban when it was ruled that one of the tests had to be backdated to outside the window.

Coleman has denied wrongdoing and insisted he is clean.