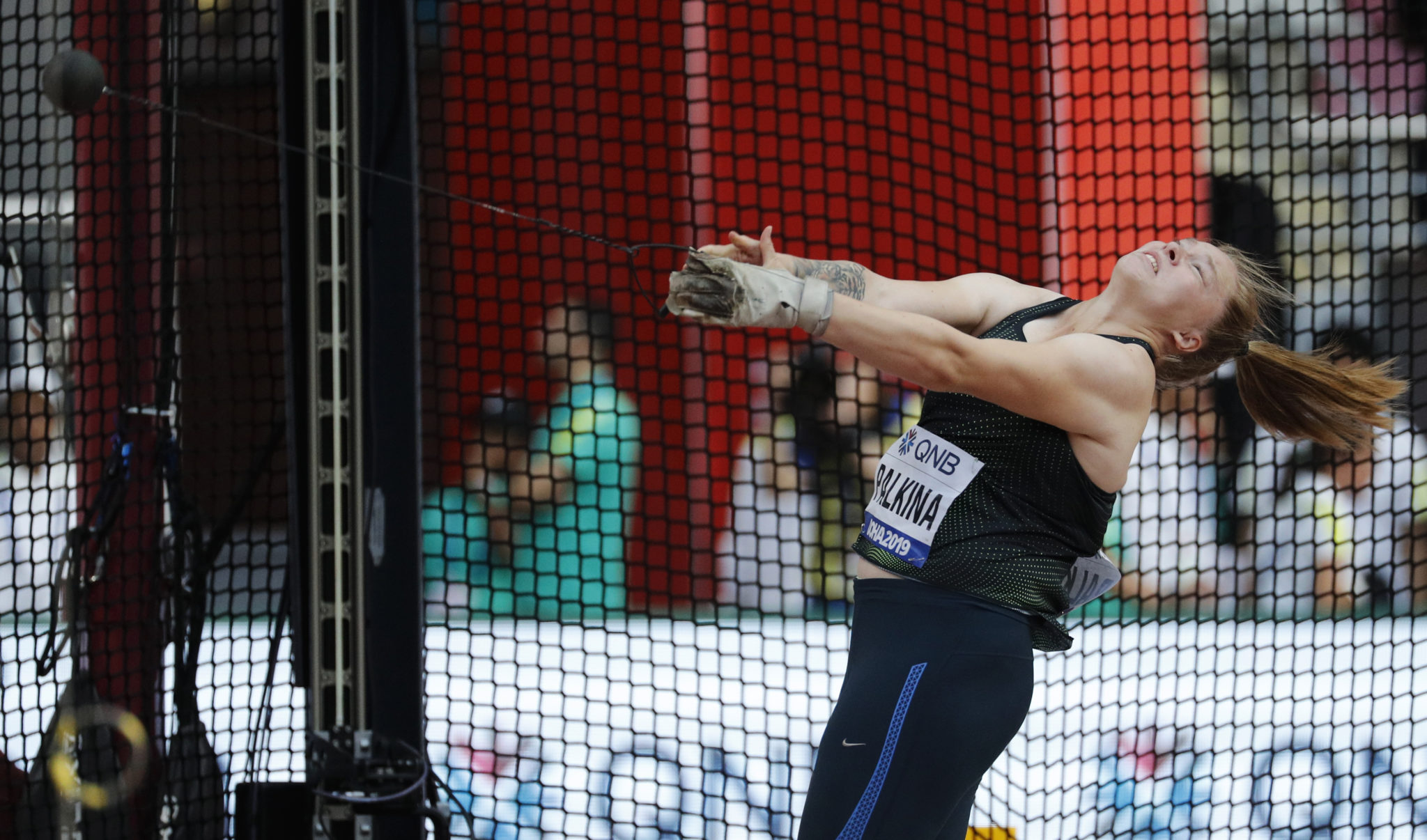 The leader of the IOC pledged that he supports reopening the Russian doping case, promising “a fresh look” at the new evidence after allegations that critical lab data was manipulated before it was sent to the World Anti-Doping Agency.

IOC president Thomas Bach spoke Friday at a news conference to kick off the world track and field championships. He was sitting alongside Sebastian Coe, the president of track’s international federation (IAAF), which earlier this week, based partly on the latest developments involving the data, extended the suspension of the organization that oversees Russia’s track program.

Thirty Russians are at the world championships competing as neutral athletes without their flag or anthem.

Bach essentially repeated things everyone already knows — that WADA, not the IOC, is in charge of the case, with the Court of Arbitration for Sport available for appeals. He refused to speculate on what Russia’s status might be when the Tokyo Olympics start in 10 months.

WADA has given Russia three weeks to explain the manipulation of data from the Moscow lab, which was being used to pursue cases against cheaters at the 2014 Sochi Olympics and other events. Russia’s anti-doping agency could face suspension again if tampering is confirmed, though it’s unclear what, if any, sanctions would follow from the IOC.

“There is a plan, due process … and they will come up with the decision within WADA, and the IOC. of course, fully respects these new rules and these procedures,” Bach said. “At this moment, I cannot speculate or comment on what result this procedure from WADA will be.”

The IOC has not always followed WADA’s lead, however.


In 2016, the IOC did not act on the WADA recommendation that Russia’s Olympic committee be kicked out of the Rio de Janeiro Games, instead allowing the individual sports federations to sort through their cases. It resulted in Russia sending a single athlete — long jumper Darya Klishina, who could prove she was clean because she trained in the United States — to compete in track. But Russians fielded full teams in other sports.

Those decisions might best illustrate the vast differences in the way Bach and Coe have handled the Russian scandal. Russia’s track federation has been banned by the IAAF since 2015, and this is the second straight championships at which Russians are competing not under their flag.

“We were confronted by a challenge in our sport that was of such a level of seriousness that we had to make a decision,” Coe said. “You’re all very familiar with the journey we’re on. … Frankly, my main concern was not the flag but actually to try, where possible, to keep (clean) athletes in international competition.”

With Russia’s anti-doping agency still under suspension, and with cases piling up, the IOC banned Russia’s Olympic Committee from the 2018 Winter Games, but let Russians compete nonetheless — not under their own flag but under the heading “Olympic Athlete from Russia.”

Many viewed that as a half-measure, at best, and the same skeptics were upset when the IOC reinstated Russia’s Olympic committee immediately after the Games ended.

They are now looking on anxiously as the latest chapter plays out.

“Clean athletes have been clinging to every hope that the WADA and IOC power brokers will stand up for their rights since this sad saga began years ago,” said Travis Tygart, tCEO of the U.S. Anti-Doping Agency. “And, while clean athletes’ feeling of anger and despair from the leaders’ past decisions will not simply be erased, there now appears another defining moment to actually stand up for the good of sport and the Olympic values.”

Bach said that, like Coe, his main priority is making sure clean athletes aren’t penalized for problems they had nothing to do with in their country.

“I think there’s mutual respect for the way we have to go,” Bach said, “because of our different areas of responsibility.”