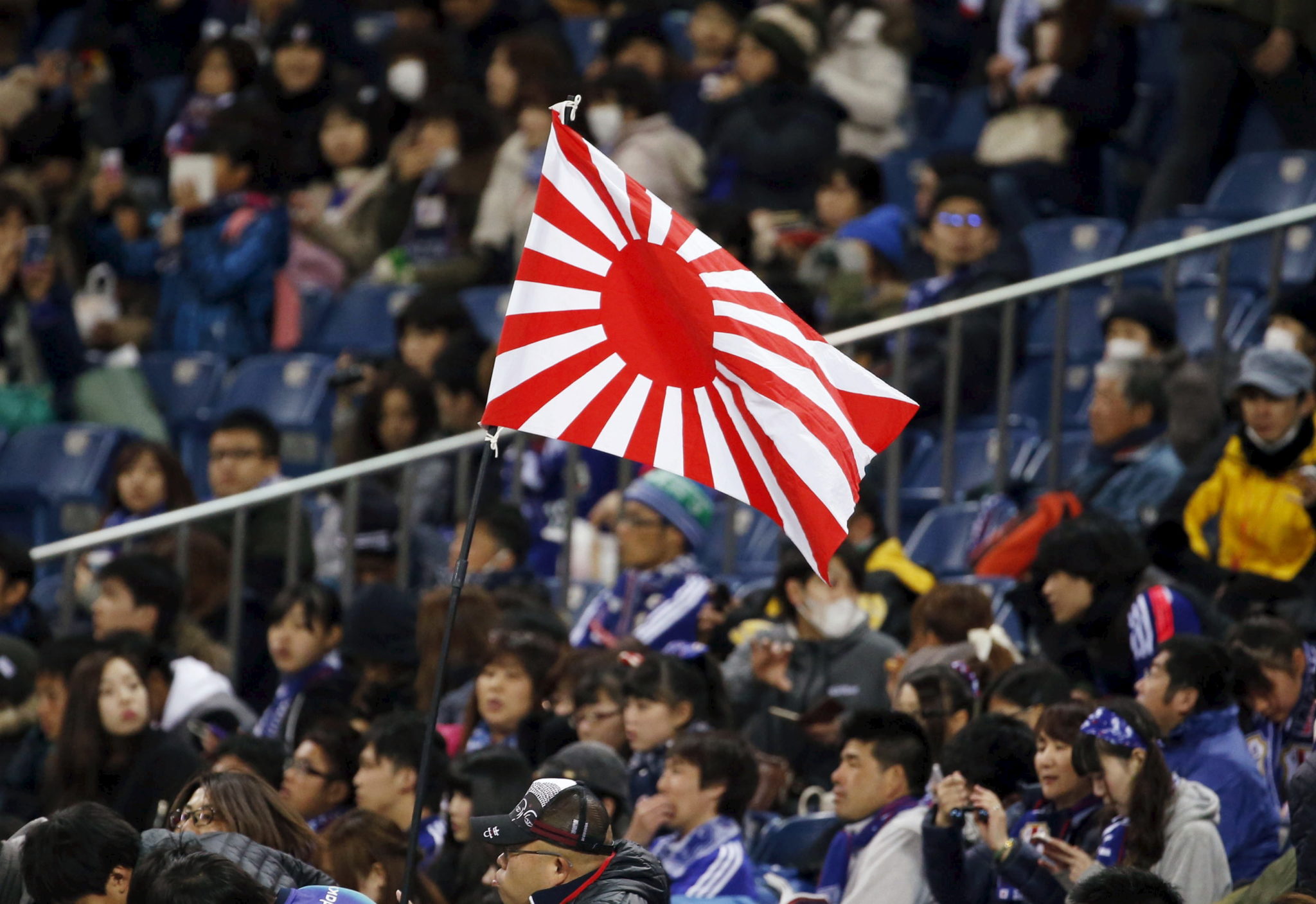 South Korea has asked the International Olympic Committee to bar Japan from using the “Rising Sun” flag at next year’s Games, Seoul’s sports ministry said on Wednesday, as the Asian neighbours engage in an ever more rancorous feud over history and trade.

Relations between the neighbours are arguably at their lowest ebb since they normalised ties in 1965, strained over the issue of South Korean forced labour during Japan’s 1910-45 occupation.

South Korea’s sports ministry said it sent a letter to the IOC on Wednesday to express its “disappointment” over Tokyo’s organising committee’s decision to allow the flag to be displayed at Olympic venues and call for action to thwart the move.


The ministry said the flag defies the peaceful spirit of the Olympics as it was a symbol of Japan’s imperialist past that reminds Asian countries of “historical wounds and pains,” and it likened it to the swastika used in Nazi Germany.

The International Olympic Committee on Wednesday confirmed it had received the letter.

“As the IOC has said from the outset of this discussion, sports stadiums should be free of any political demonstration,” an IOC official said.

“When concerns arise at Games time we look at them on a case by case basis.”

There was no immediate reaction from Tokyo. But Japanese Chief Cabinet Secretary Yoshihide Suga has said that the flag is widely used in Japan and the country’s Olympic organisers did not consider hoisting the flag to be a political act.


The South Korean ministry noted that football’s governing body FIFA has already banned the use of the flag. In 2017, the Asian Football Confederation imposed sanctions against Japan after Japanese spectators used the flag during the AFC Champions League.

The flag has often been a source of contention with South Korea. Last year, Japan called off its plan to take part in an international fleet review in South Korea after Seoul asked Tokyo not to fly the flag on a warship.

The spat was the latest in a series of their ongoing diplomatic and trade rows.

Tensions over their history flared up after South Korea’s Supreme Court last year ordered two Japanese companies to compensate some wartime labourers, an issue which Japan says was settled under a 1965 treaty that normalised ties.

The dispute has since spilled over into trade and security, with Japan slapping export curbs and South Korea scrapping an intelligence-sharing pact with Tokyo.