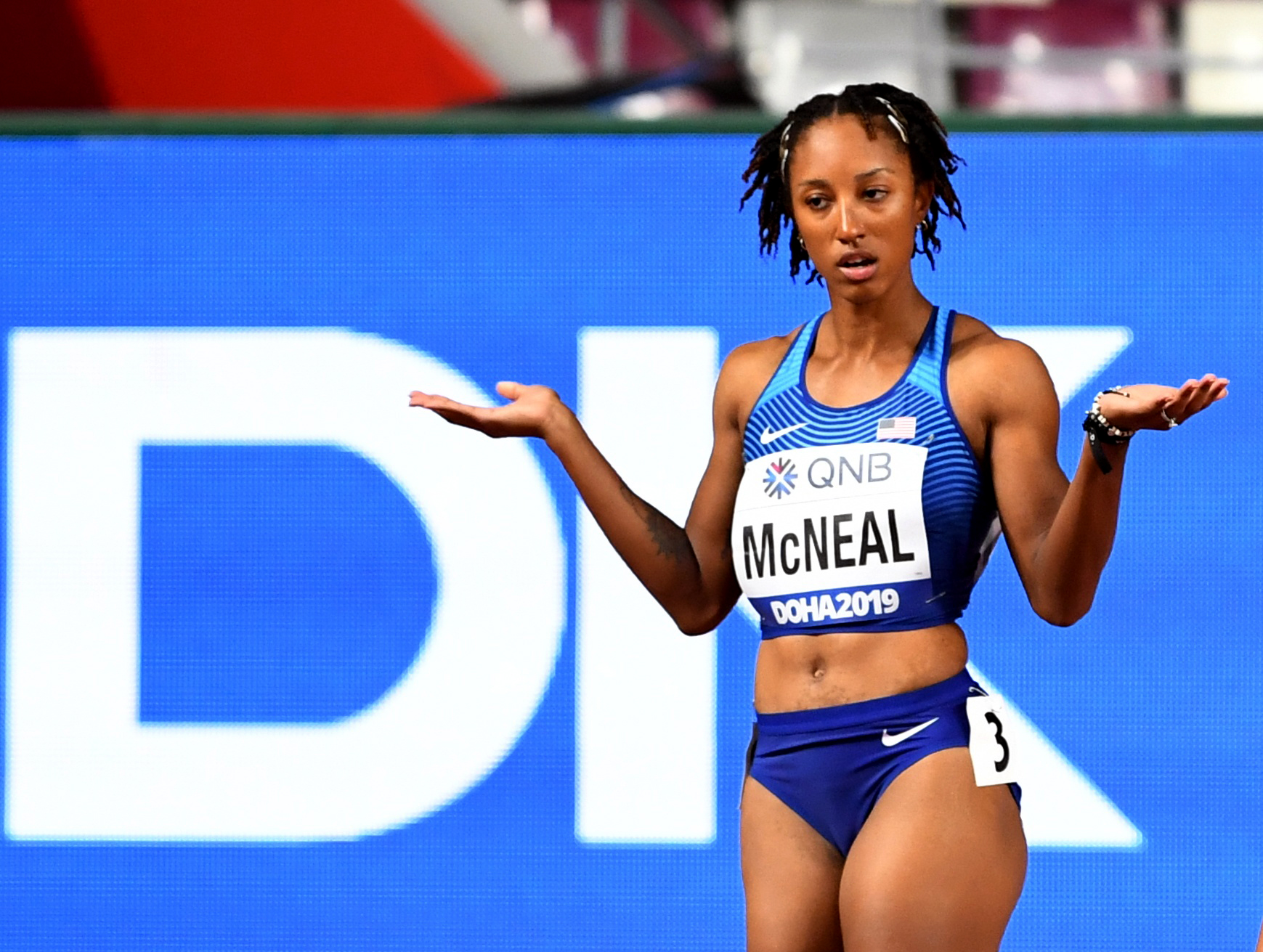 Olympic champion Brianna McNeal was disqualified from the 100m hurdles after a false start in qualification at the world athletics championships on Saturday.

The 28-year-old American, who is also the 2013 world champion, disputed the referee’s call until she was shown the video replay in which she could be seen moving off the blocks before the starting gun had sounded.

Devastated, McNeal dropped to her knees and wept. She picked herself up slowly, walking off the track in tears.

“She could have literally sat in the blocks and waited for everyone to start and still got through,” Colin Jackson, a two-time world champion in the 110m hurdles, said on the BBC.

McNeal’s compatriots Kendra Harrison and Nia Ali made it through smoothly to the semi-finals, winning their respective heats.

“With the anxiety and nerves sometimes things just happen,” Harrison told reporters after the qualification heats.

“That’s really unfortunate to be taken off the track and all I can do is learn from it and know that if I false start I’m out.”