Q&A: Things to know about feud over Tokyo’s Olympic marathon 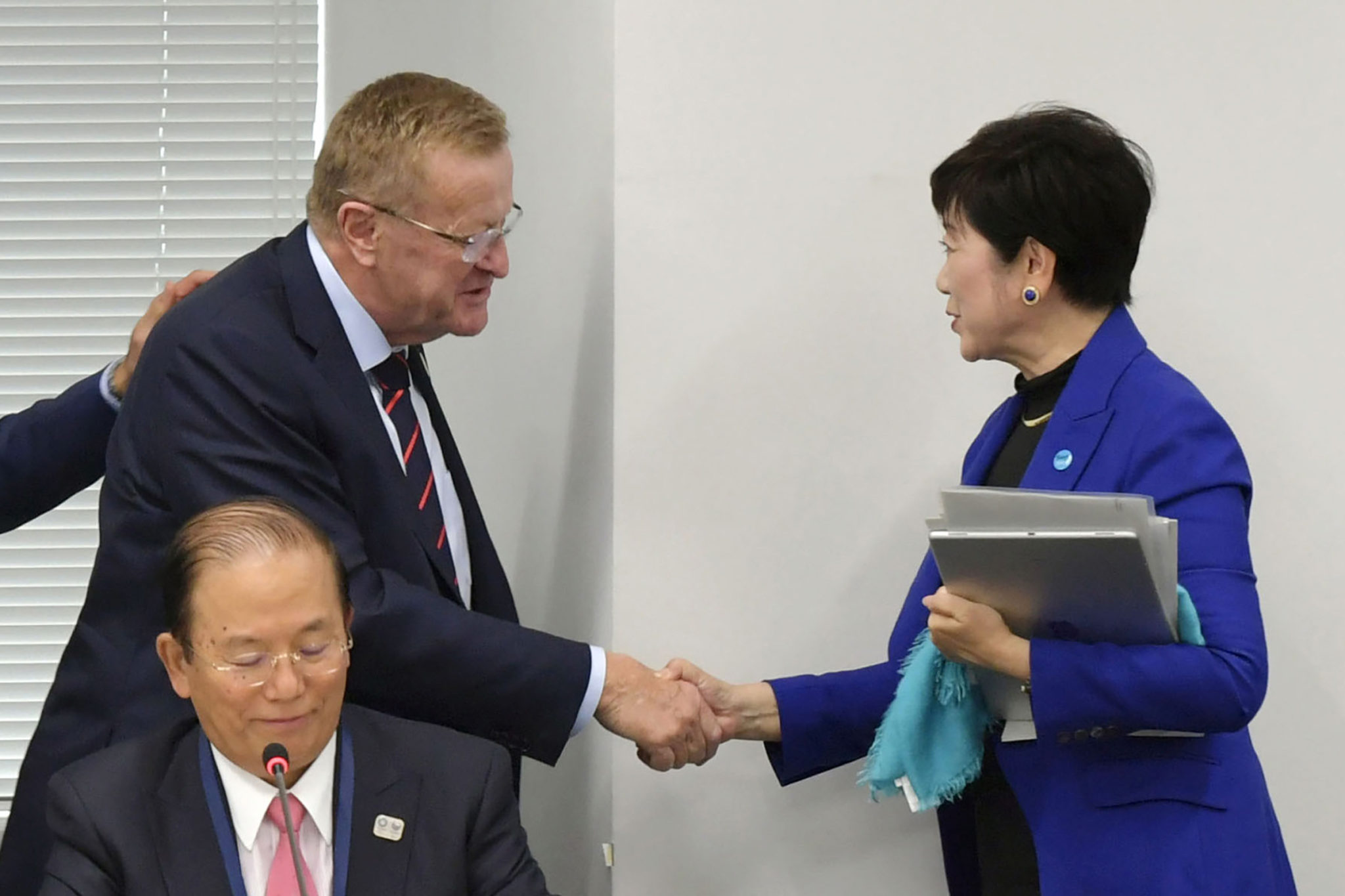 The International Olympic Committee abruptly announced two weeks ago it was moving next year’s Olympic marathon from Tokyo to the northern city of Sapporo.

The change has infuriated Tokyo Governor Yuriko Koike and created a public fight between the powerful, Switzerland-based IOC, and Tokyo, which is spending about $25 billion to organize the Olympics. About 80% of this is public money, and much of it is from the Tokyo Metropolitan Government.

Some questions and answers about the open feud. This is rare in the Olympics where local boosterism is the norm, and where the IOC and local officials seldom disagree in public and usually speak in platitudes.

Q: Until two weeks ago, the IOC was fully supportive of Tokyo’s planning for the city’s summer heat and its efforts to reduce risks for athletes and fans at the marathons and race walks. What happened?

A: IOC President Thomas Bach saw the marathons from the world track and field championships in Doha, Qatar. Though the October races started at midnight in searing summer heat, 28 of 68 runners failed complete the women’s race, and 18 of 73 men had the same fate. John Coates, an IOC member who supervises Tokyo preparations, said the decision was made based on “what we saw in Doha.” The IOC does not want billions to see TV images of runners sprawled on the ground, gasping for air and being carry away on stretchers.


Q: Why has Koike jumped in so forcefully?

A: She’s one of the country’s most powerful politicians, and has been viewed as a future prime minister. She sees this as a winning hand with constituents, defending the city against the big-spending IOC. Even if she loses, she’s likely to win in public opinion.

She is also angry that Bach moved unilaterally and did not consult her and has not offered any “scientific evidence” for his decision. She also notes that until two weeks ago, the IOC praised Tokyo’s planning to beat the heat: running early, providing shade for runners and fans, and coating the pavement with heat-resistant material.

Q: Tokyo hosted the 1964 Olympics. There were no complaints then about the heat. What has changed?

A: In a word, television. The ’64 Tokyo Olympics were held in October, to avoid Tokyo’s humid summer weather. Television did not rule then. Television now demands the Olympics be held in the northern hemisphere’s summer to avoid television conflicts with European soccer, and North America’s crowded sports schedule. The IOC generates much of its revenue from television, and television determines much event scheduling. The American network NBC pays an average of $1 billion for every Olympics.


Q: How hot is Tokyo in the summer?

A: Daytime temperature routinely reach about 35 Celsius (95 Fahrenheit) with high humidity. This is similar to summer in the American south or Midwest. It’s noteworthy that Tokyo is offering to start the marathon at 5 a.m., which is summer sunrise in Japan’s capital. The dawn light could offer stunning TV images.

The IOC estimates the temperature will be 5 to 6 degrees Celsius (9-11 Fahrenheit) cooler in Sapporo than in Tokyo. Tokyo says the difference is half that much and does not justify a sudden change.

The IOC and Tokyo organizers both overlooked concerns about the summer heat when the games were awarded in 2013. Tokyo in its bid described summers as “mild and sunny.”

Q: Does Tokyo suffer financial damage from the move? Are there other damages?

A: Two of Koike’s allies — members of her party in the municipal legislature — say the move will cost Tokyo at least 34 billion yen, or $310 million. Maybe more. They have not ruled out a lawsuit to recover damages. Yoshiro Mori, the former Japanese prime minister who heads the organizing committee, has already said that Tokyo will not pay if the move goes through. He acknowledged when the change was announced that Tokyo is already spending a “humongous amount.”

Demand for Olympic tickets in Japan is at least 10 times over supply — maybe more. The marathons and race walks are events that people can watch for free on the streets. Losing these races also deprives the city of a chance to showcase its award-winning architecture as athletes wind by skyscrapers and shrines, with temples tucked into every corner.

Q: Is the change likely to go through, or will Koike be able to block it?

A: It’s hard to see the IOC backing down. The same can be said for Koike. It’s also easy to see a very bitter aftertaste in Tokyo, a city that has been praised repeatedly as the “best prepared” Summer Olympic host. “

Coates has agreed to meet Friday with Koike, local organizers, and officials from the national government. But he said the meeting will be to “set the framework as to how we implement these changes in a way that is acceptable to everyone.”

The IOC says the decision was made, primarily to consider athletes who must run in the heat. But Koike’s allies have characterized it as “an IOC-first decision, not an athletes-first decision.”

Q: Does Sapporo stand to gain?

A: Possibly. The city hosted the 1972 Winter Olympics and is talking about a bid for 2030. It withdrew last year from a bid for 2026. The exposure can’t hurt, and could help as IOC officials get to know the terrain and work with local officials.