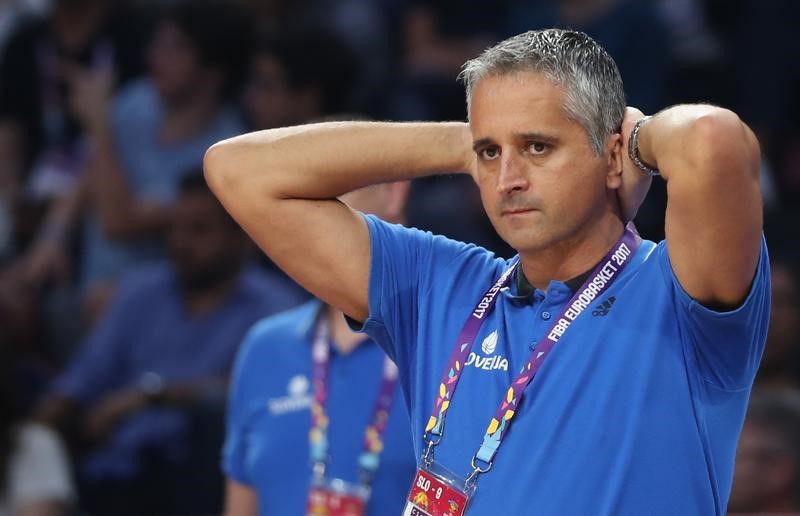 Sacramento Kings assistant coach Igor Kokoskov has taken charge of his native Serbia in a bid to steer them to next year’s Olympic Games in Tokyo, the Balkan nation’s basketball federation (KSS) said on Wednesday.

Kokoskov will continue in a dual role as an assistant to Kings’ head coach Luke Walton as he aims to steer Serbia through the Olympic basketball qualifiers next June.

“We are delighted to have a coach of Kokoskov’s quality at the helm as we look forward to the Olympic qualifiers,” KSS president Predrag Danilovic said.

“We are very grateful to the Sacramento Kings, notably (general manager) Vlade Divac for making this happen,” added Danilovic, a former shooting guard who had stints with the Dallas Mavericks and Miami Heat in the 1990s.


Divac, a former Kings and Los Angeles Lakers center, is also the vice-president of basketball operations at the Kings, whose roster includes Serbians Bogdan Bogdanovic and Nemanja Bjelica.

Predrag Stojakovic, who steered the former Yugoslavia to the 2002 World Cup title alongside Divac in Indianapolis and won the 2011 NBA title with the Mavericks, is the franchise’s director of player personnel and development.

Kokoskov, who was in charge of the Phoenix Suns last season after guiding Slovenia to the 2017 European Championship, said being named Serbia’s head coach was a privilege.

“It is a great honor for me and my family because I know only too well just how much affection people in Serbia have for their national basketball team.

“I am also aware of the great expectations, given the high standards and the success we’ve had with past generations. It’s a dream come true to have a shot at emulating those feats.”

As an independent nation, Serbia have won four silver medals on the big stage – having finished on the podium at the 2009 European Championship, the 2014 World Cup, the 2016 Olympics and Eurobasket 2017.

They were beaten in the 2017 final by fellow former Yugoslavs Sloveniam coached by Kokoskov who got the better of his counterpart Aleksandar Djordjevic and has now succeeded him as Serbia coach.

Djordjevic stepped down after Serbia finished fifth at this year’s World Cup in China after a 94-89 fifth-to-eighth place playoff win over the United States failed to save his job.

The country’s capital Belgrade will host one of the four Olympic qualifying tournaments from June 23-28, with only the winners going through to join the eight qualified nations.

Apart from hosts Japan and holders the United States, world champions Spain, Argentina, France, Australia, Iran and Nigeria have also punched their tickets to the Games.


Kokoskov acknowledged that operating in a dual role would be a massive job and he thanked the Kings for allowing him to take over as Serbia coach.

“I am very grateful to the Kings to allow this venture as I work here on a daily basis,” he said.

“I took this challenge on because after 20 years in the NBA at various levels, I want to give something back to my country too.”