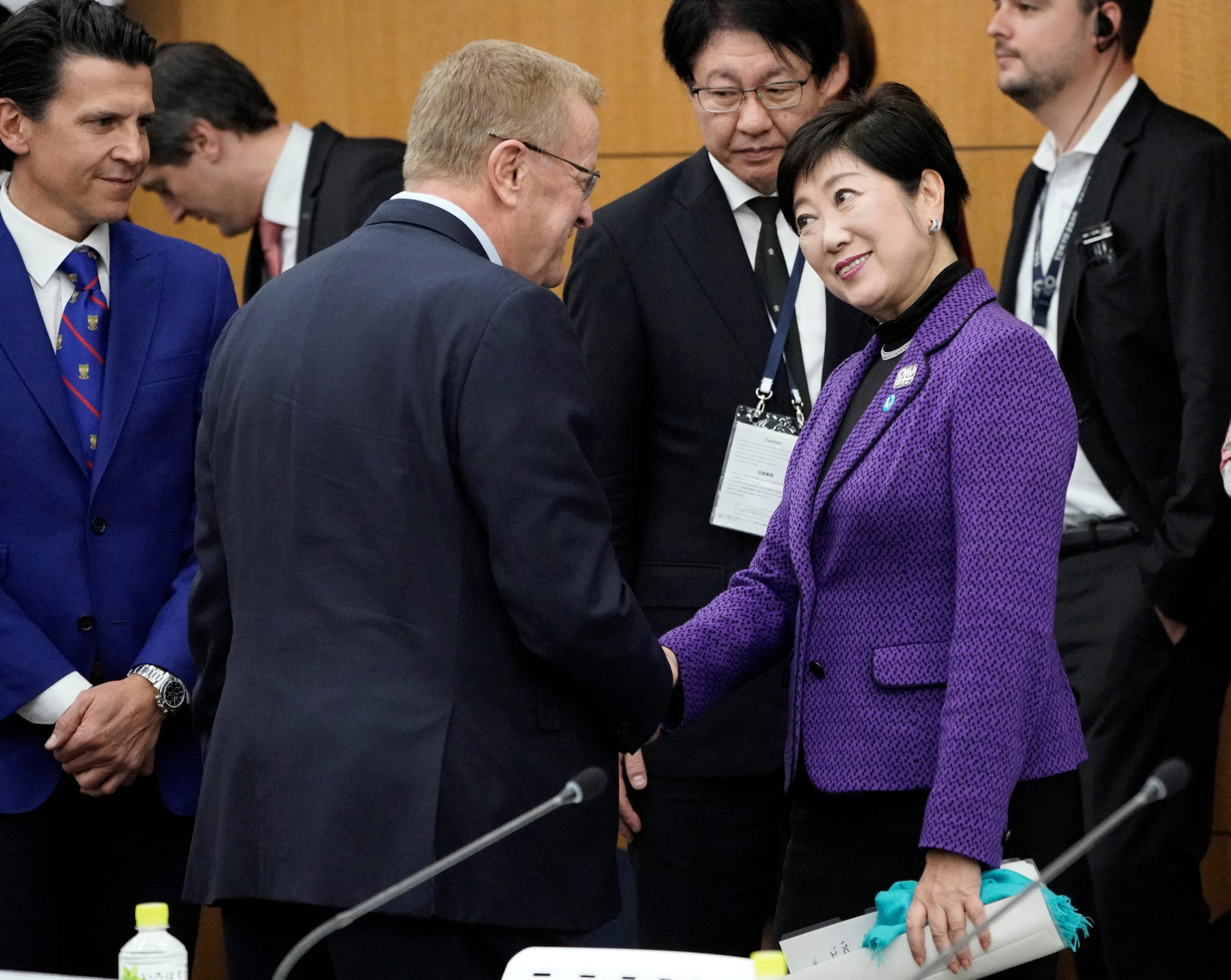 Sapporo was formally approved on Friday as host of the marathon events at next year’s Summer Olympics with the reluctant consent of Tokyo’s governor, ending a showdown between the Japanese capital and the IOC over where to stage the flagship event.

The International Olympic Committee (IOC) stunned many Games organizers last month by announcing that the marathon, one of the most prestigious events at any Olympics and one especially beloved in Japan, would be moved to the northern Japanese city of Sapporo to avoid the worst of Tokyo’s summer heat.

The announcement enraged Tokyo Governor Yuriko Koike, who said at the beginning of discussions with the IOC on Wednesday that she still wanted the marathon and race walk events to remain in the capital.

At the request of IOC delegation leader John Coates, representatives from the IOC, the 2020 organizing committee, the Tokyo Metropolitan Government and national government held talks on Friday aimed at reaching an amicable solution to what has become a very public spat.


Koike reiterated at the start of Friday’s meeting there was no change in her feelings that the races should stay in Tokyo and that the IOC explanation still “wasn’t sufficient.”

“But on these points to make the Olympics a success we need to build a positive framework going forward,” Koike said.

“I don’t approve but the decision can’t be avoided,” she said. “It’s a decision without agreement.”

She added that they had agreed Tokyo would not bear extra costs of the venue move but other points still remained to be worked out, such as how much of the money Tokyo has spent up to this point in preparation might be repaid.

Coates said they had agreed at a meeting on Thursday that the decision on where to hold the marathon and race walk events rested with the IOC, adding that there would be no other venue changes in the future.

“We will continue as a one-team effort,” he said, referring to planning with host city Tokyo.

In Wednesday’s opening remarks to a three-day IOC coordination visit, Coates had said organizers “owed it to the people of Tokyo” to clarify any plans over the marathon and race walk and vowed not to leave Tokyo without a consensus decision over the events.

Tokyo temperatures in July and August, when the city will host the Games, regularly exceed 30 degrees Celsius with high humidity adding to the discomfort.

“We thought it would be possible to do something, but our opponent was nature,” said Tokyo 2020 organizing committee President Yoshiro Mori, adding that he respected Koike’s “difficult decision.”

The IOC is determined not to repeat the experience of the athletics world championships in Doha, where the heat and humidity forced many athletes to drop out of the race despite the marathon being held at midnight.

The IOC has said temperatures in Sapporo, which will also host soccer games, are as much as five to six degrees cooler during the day.


Asked at a news conference later on Friday about what he might say to Tokyo children missing out on the “memory of a lifetime,” Coates once again cited Doha.

“I’m very aware of the special place marathons have in the minds of Japanese. We also didn’t want bad memories, we didn’t want people to have bad memories of Tokyo,” he said.

“We didn’t want it to be remembered by some of the scenes we saw in Doha.” Many marathoners at the 2019 World Athletics Championships in Doha were forced to withdraw from races due high temperatures and unbearable humidity. Some were carried off in wheelchairs.

Organizers earlier this year had already moved up the starting times to 6 a.m. for the marathon and 5:30 a.m. for the race walk to avoid the midday sun, and Coates said they were considering moving up the time for some other events, such as equestrian events.

When Tokyo hosted the Summer Olympics in 1964, they were held in October — an option no longer possible due to international sports schedules.

Next year’s Games are set to run from July 24 to Aug. 9, with the men’s marathon to be held on the final day.