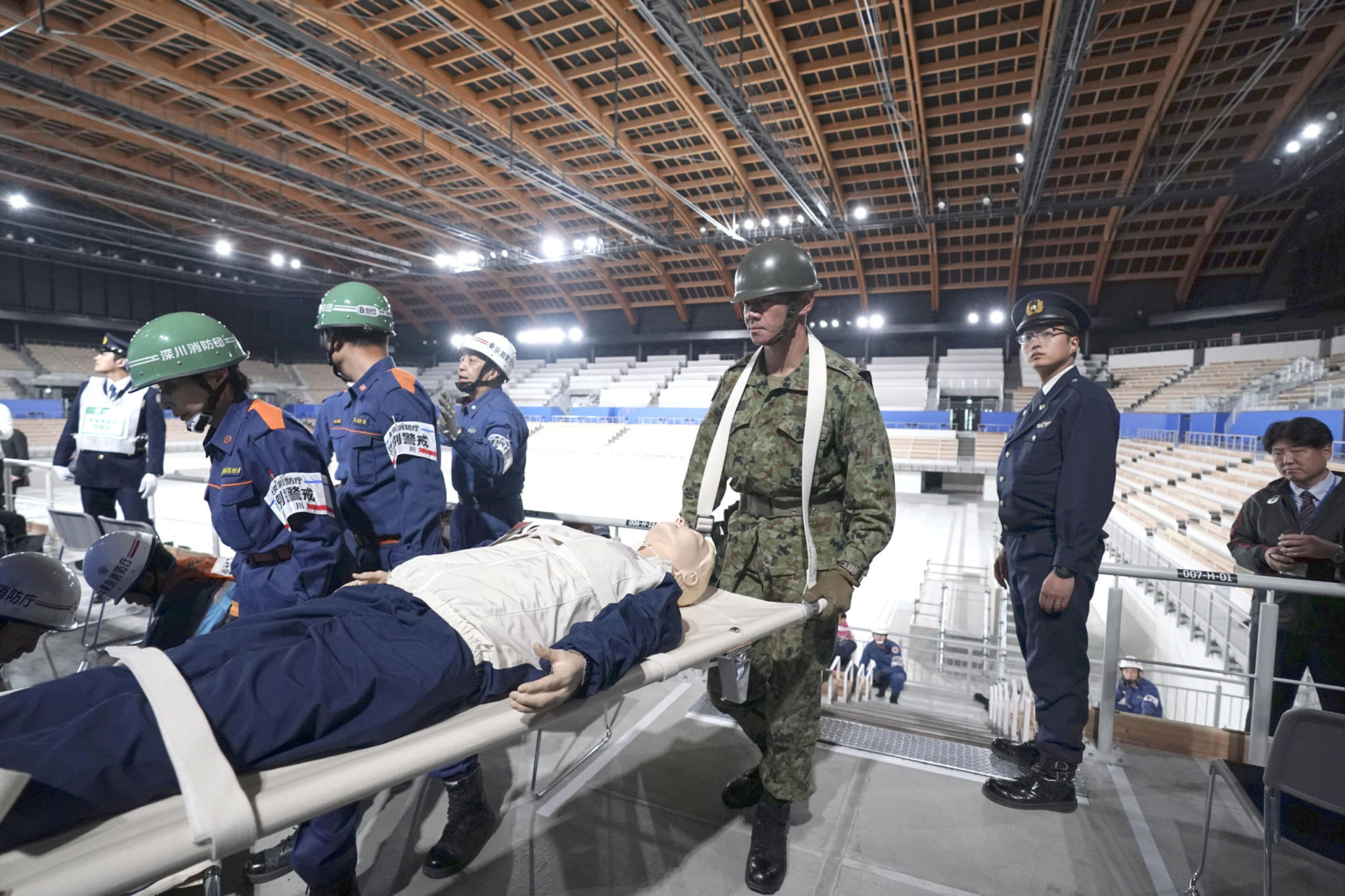 Tokyo 2020 organizers held an earthquake drill on Thursday at Ariake Gymnastics Centre, a newly built venue for next year’s Olympics, to test their readiness should a disaster strike during the Games.

Organizers simulated their response should a magnitude 7.3 earthquake, centered in northern Tokyo Bay, the site of 12 Olympic venues, strike.

Although only 350 spectators took part in the drill, organizers were pleased with the cooperation between various agencies.

“Firstly, I think we have achieved most of our primary purposes of this drill,” said the city’s director of security, Hiroya Yarimizu.

“As the most important aim, we focused on how the Olympic Organising Committee and Tokyo (Metropolitan Government) could interact with each other.”


“The police, fire fighters and Self Defence Forces (SDF) joined the drill this time and I think we all communicated well.”

Medics, police, firefighters and SDF members arrived at the Gymnastics Centre as part of the drill to tend to spectators pretending to be injured, and dummies representing the more serious casualties.

The rescue workers treated several people at the scene before evacuating everyone from the venue.

Initial warnings were given in both Japanese and English and organizers said that in case of an emergency, English-language signs and translation devices would be used to assist the millions of foreign visitors expected in Tokyo for the Games.

Japan is one of the most vulnerable countries in the world to earthquakes, typhoons and tsunamis and preparing for any possible disaster striking during the Games represents a big headache for organizers.

Japan experiences an average of 1,500 earthquakes a year, although few cause any damage, let alone loss of life.

But the Kobe earthquake in 1995 killed more than 6,400 people and caused an estimated $100 billion in damage.

In March 2011, a massive earthquake and tsunami devastated the east coast, killing almost 18,000 and triggering a meltdown at the Fukushima nuclear power plant.