Alliance of American Football shuttering after only 8 weeks 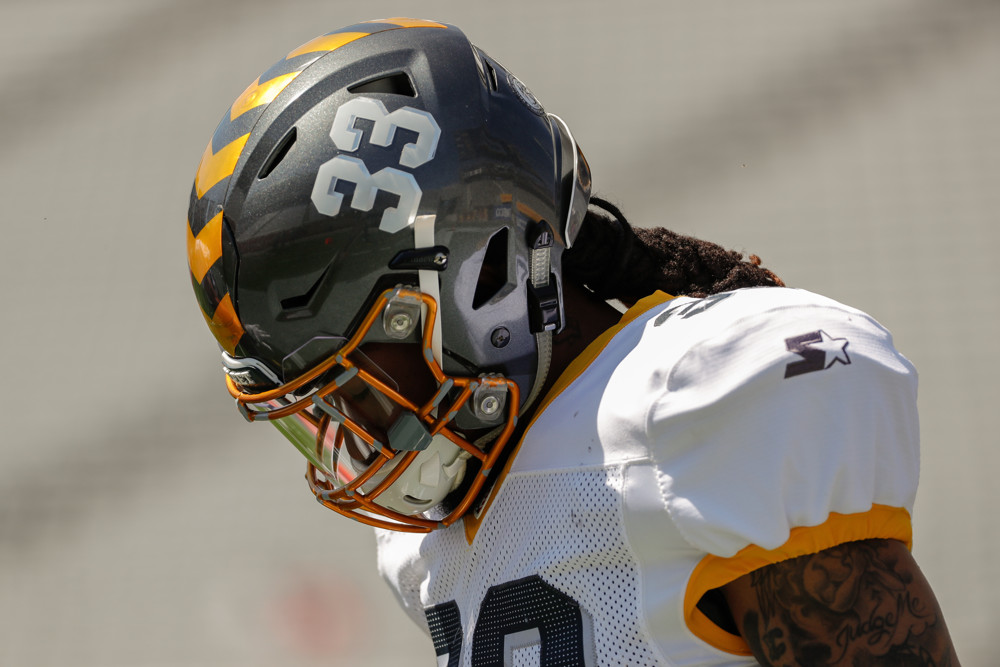 TEMPE, AZ - MARCH 24: San Diego Fleet defensive back Ron Brooks (33) looks down during warmups before the AAF football game between the San Diego Fleet and the Arizona Hotshots on March 24, 2019 at Sun Devil Stadium in Tempe, Arizona. (Photo by Kevin Abele/Icon Sportswire)

The Alliance of American Football, which had a promising start as the latest spring league, is suspending operations eight games into its first season.

The eight-team league is not folding, but games will not be played this weekend. The decision was made by majority owner Tom Dundon, who also owns the NHL’s Carolina Hurricanes, a person with knowledge of the decision told The Associated Press on Tuesday.

The person spoke to the AP on condition of anonymity because league officials were still working through details of the suspension. An announcement from the league is expected later Tuesday. That person said league co-founders Bill Polian, a former NFL executive, and Charlie Ebersol, a television and film producer, did not want to suspend operations.

The AAF seemed to have a better chance of surviving than other alternative leagues, such as the USFL and the World League, because of the people and philosophies involved.

Polian and Ebersol envisioned it as a development league for the NFL with several rules tweaks designed to speed up play and make it safer. There were no kickoffs or PATs, and teams had to go for a two-point conversion after touchdowns.

While it clearly wasn’t NFL-caliber football, it was entertaining and helped fill the post-Super Bowl void.

However, there were quickly signs of trouble in a league put together in less than one year.

Dundon invested $250 million in the AAF shortly after play began. At the time, Ebersol said reports the Alliance was short on cash and needed a bailout from Dundon in order to make payroll were untrue. He said the league had a technical glitch in its payroll system that was fixed.

The AAF aspired to be a league for players with NFL hopes, but it could not reach agreement with the NFLPA to use players at the end of NFL rosters.

Pro Football Talk broke the news on Twitter, adding that the “league is not folding yet. But it’s heading that way.”

A conference call was scheduled with the league office and AAF team officials for Tuesday at 1 p.m. ET, according to Sports Illustrated‘s Albert Breer.

Dundon told USA Today last week that the eight-team league was in jeopardy because it had been unable to tap into young NFL talent. He said the AAF “can’t be a development league” without cooperation from the NFL Players Association.