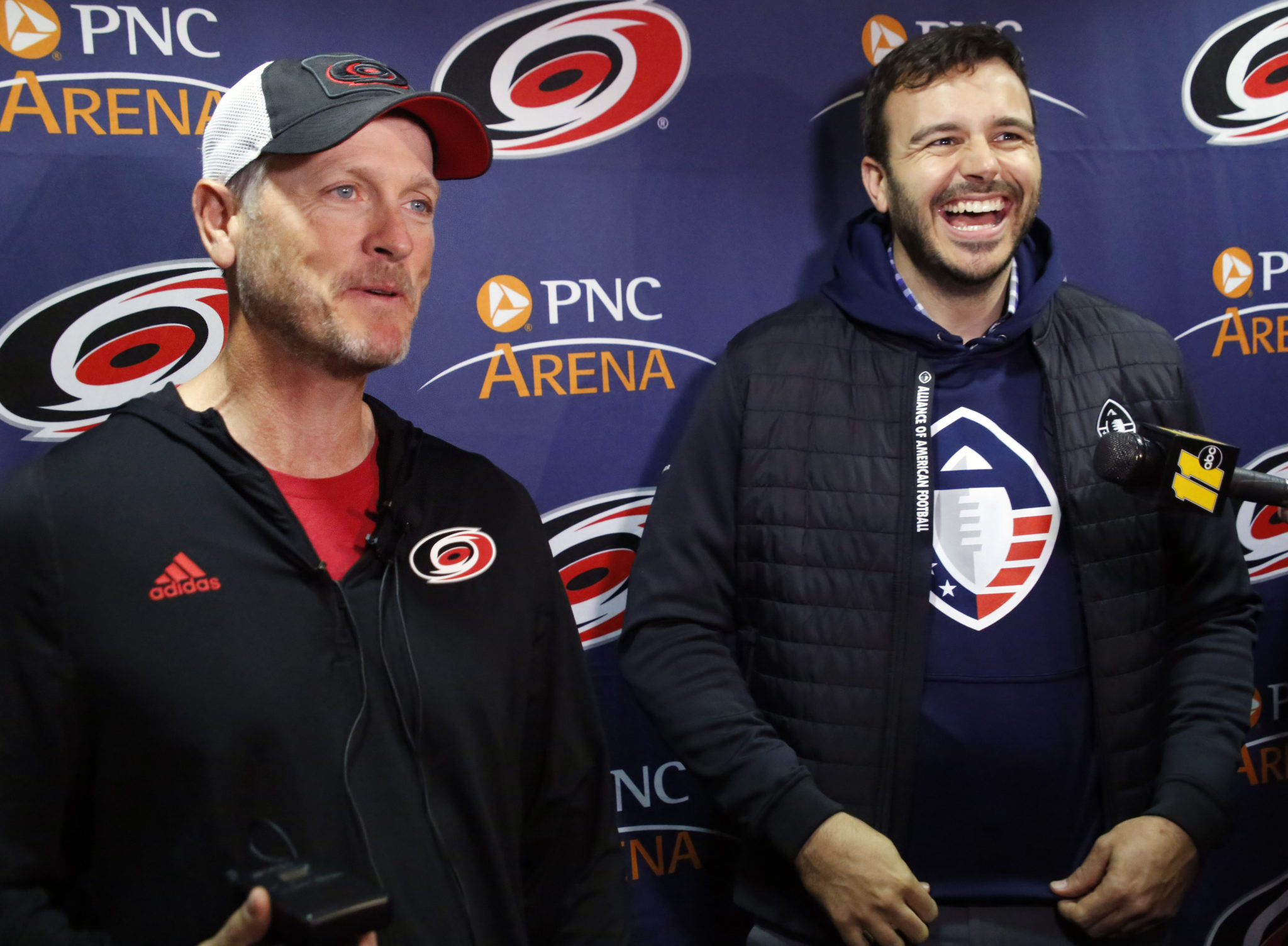 FILE - In this Feb. 19, 2019, file photo, Tom Dundon, left, majority owner of the Carolina Hurricanes, and Charlie Ebersol, co-founder and CEO of the Alliance of American Football, talk to the media about Dundon's $250 million investment in the league. (AP Photo/Chris Seward, File)

The Alliance of American Football is reportedly suspending football operations today, following the completion of week 8 of the league’s inaugural 10-week season.

That’s according to a tweet from The Action Network’s Darren Rovell, who claims that a source has told him controlling investor Tom Dundon is pulling the plug against the wishes of league co-founders Charlie Ebersol and Bill Polian.

RELATED: Alliance in danger of folding without an NFL deal

Rovell reports that Dundon will lose approximately $70 million on his investment in the league, which was originally touted as a $250 million infusion of capital following the second week of games.

The league’s eight teams were scheduled to play 2 additional weeks of regular season games, followed by a pair of playoff games and a championship that was set for April 27.