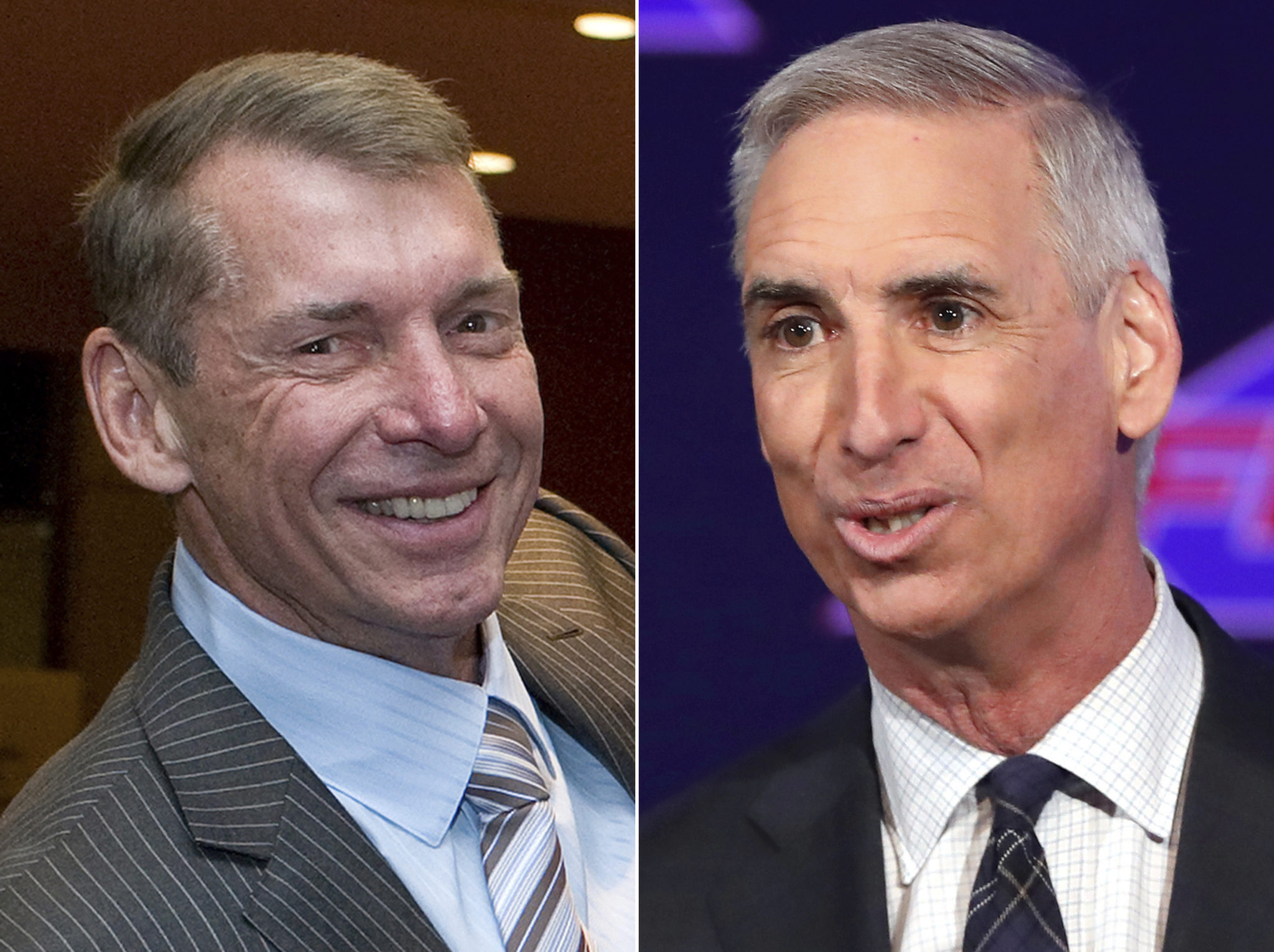 The XFL reached multiyear agreements with ESPN and Fox Sports on Monday to broadcast its games beginning in 2020.

The league also announced its season will start Feb. 8, the weekend after the NFL season ends with the Super Bowl.

This is the second time Vince McMahon has launched a football league. The first version of the XFL — a joint venture of WWE and NBC — lasted one season in 2001.

The only similarities this time are the name and that teams are in New York and Los Angeles. McMahon has created a separate company to run the XFL and has gone with established football executives to run it, including Oliver Luck as commissioner.

“We really think what the XFL brings with Oliver and Vince is a great combo,” said Mark Silverman, president of Fox’s sports networks. “We’ve seen some of the rules changes they have planned and are looking forward to working with them.”

Jeffrey Pollack, the XFL’s president and chief operating officer, said the league has been fortunate in its preparations to have the time and resources.

“There was a lot of interest from various networks about the league. This is further proof that we are situated in the best possible way and are approaching this with a long-term build in mind,” Pollack said.

Luck worked with ESPN and Fox as partners when he was West Virginia’s athletic director.

“They both have a strong DNA in carrying football. That is very powerful when you have two major companies working hand in hand,” he said.

ABC will broadcast the league’s first game and Fox will have games on Saturday and Sunday during the XFL’s opening weekend. ESPN will show the championship game April 26.

The eight-team league has set its schedule with most games on Saturday and Sunday airing back-to-back. The final two weeks will have a Thursday night game on Fox.

“The technical innovations with cameras, data and player tracking are extremely interesting,” said Burke Magnus, ESPN’s executive vice President of programming. “We all share a vision for spring football and Vince has made it clear that with this version he is dropping hokey but not dropping the creativity.”

The talent agency CAA helped broker the deal and has a longtime relationship with McMahon. The company helped negotiate the latest WWE television agreement, which will have one of its shows moving to Fox on Friday nights starting in late September.

“Having most of the games on ABC and Fox is a game changer compared to other spring football leagues,” said Alan Gold, head of CAA’s media division.

The Alliance of American Football folded after eight weeks last month but its ratings showed there is an appetite for spring football. The AAF averaged 400,000 viewers per game but only one game was on CBS with the rest on CBS Sports Network, TNT and NFL Network.

The AAF also paid up most of the production costs of games while the XFL is not paying anything to the networks. Silverman said that Fox was able to examine the league’s financial plan before making a commitment.

The XFL will also have teams in Dallas, Houston, St. Louis, Seattle, Tampa Bay and Washington. Head coaches have been hired for six teams, with Los Angeles and Houston the remaining openings.