A spring league ought to hire some executives with experience in providing the family fun atmosphere that is at the heart of minor league baseball’s success. 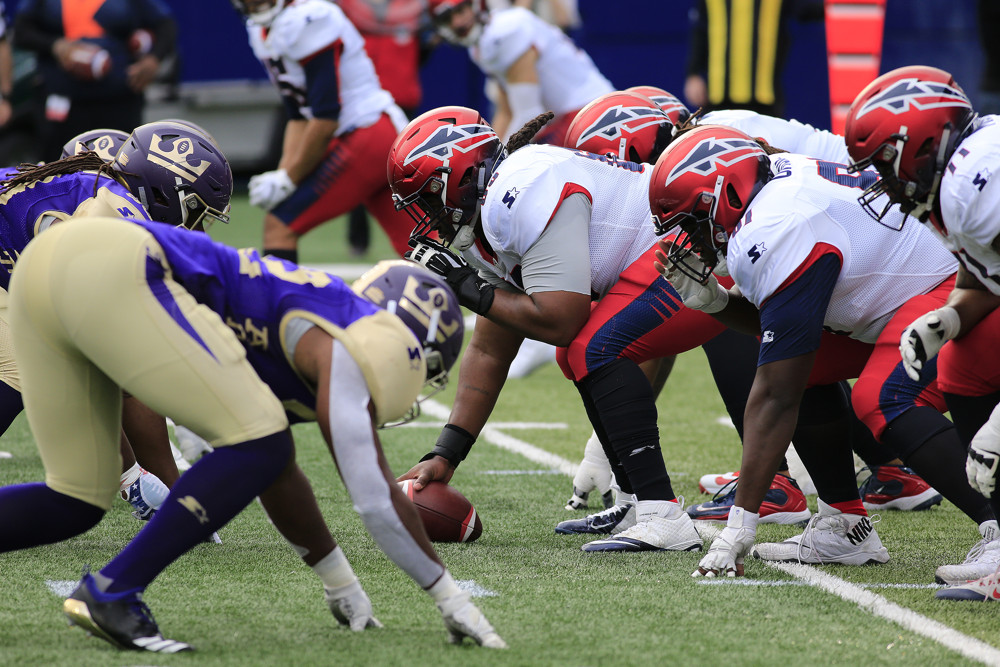 The number of former AAF players that were signed by NFL and CFL teams shows a developmental spring league can give players a second chance to resurrect their careers.

It will be interesting to see how many of them ultimately wind up winning roster spots.

In any case, the rapid demise of the AAF has raised questions about whether a spring league can ever be viable for the long term.

The XFL will try next year, but Vince McMahon already tried it once before and that attempt only lasted a year. He has deep pockets, but how much patience will he have once the losses pile up? And a McMahon league will likely have gimmicks. They’re already talking about a three-point conversion and a bizarre overtime format with 44 players on the field at the same time.


Then there is the McMahon reputation. John Oliver on Last Week Tonight recently shined a behind the scenes look at his wrestling empire and the findings were troubling. The wrestlers aren’t even employees, they are independent contractors without benefits or health care. Many have wound up raising money for medical treatments on Go Fund Me pages.

But the XFL is a subject for another day. What I would like to see is a football league try a different formula. And that formula is minor league baseball, which is booming.

To start with, there is no reason a spring football league done right can’t be viable. Since it is hard to find billionaires willing to lose a lot of money on a startup league, the alternative is to watch the costs like a hawk.

Also, they should promote it as a family fun event the way minor league baseball does. Since it is a minor league, the teams don’t simply sell baseball, they sell the idea of having a good experience at the game.


A spring league ought to hire some executives with experience in providing the family fun atmosphere that is at the heart of minor league baseball’s success.

Controlling costs is key. Even Bill Polian admitted in a radio interview that the AAF let their spending get out of control. They were burning through $10 million a week.

Executives with backgrounds in the NFL and college football are so used to being awash in cash that they don’t have much familiarity with careful budgeting.

To start with, the AAF paid the players $7,000 a game. That is peanuts in the NFL, but a lot of money when a league is losing money.

And players are used to not getting paid in college.

Since the average wage for a college graduate coming out of school is reported to be $50,000, I would think paying them $25,000 for a few months of work is fair.

Minor league baseball pays some AA players only $1,500 a month. Obviously that is too low, the players are suing, and baseball countered by getting a provision in the tax bill exempting the minor leagues from federal labor laws. But $25,000 for a season would keep football players above minimum wage and they have six months a year to work other jobs.


And on top of the salary, they could get contracts calling for bonuses if the league ever made a profit to get them invested in the league’s future success.

Additionally, the teams could have small rosters. Maybe 30 players each. As recently as 1958, when the Colts and Giants played in The Greatest Game Ever Played, the league had 35-man rosters.

I’d also cut costs in the coaching staffs. Hiring four or five coaches would be enough. You don’t need these bloated 20-man staffs that the NFL has today. Chuck Noll won his first Super Bowl with six assistants while serving himself as the offensive coordinator, quarterback coach and special teams coach.

The head coach could supplement his staff with interns.

The front office would also be a bare bones operation with interns helping out.

Would this approach work? I have no idea. But it is worth a try.

The problem is that nobody is likely to try it.

If I won the lottery, I’d take a shot.