WWE’s next battle royale will feature investors vs. short-sellers 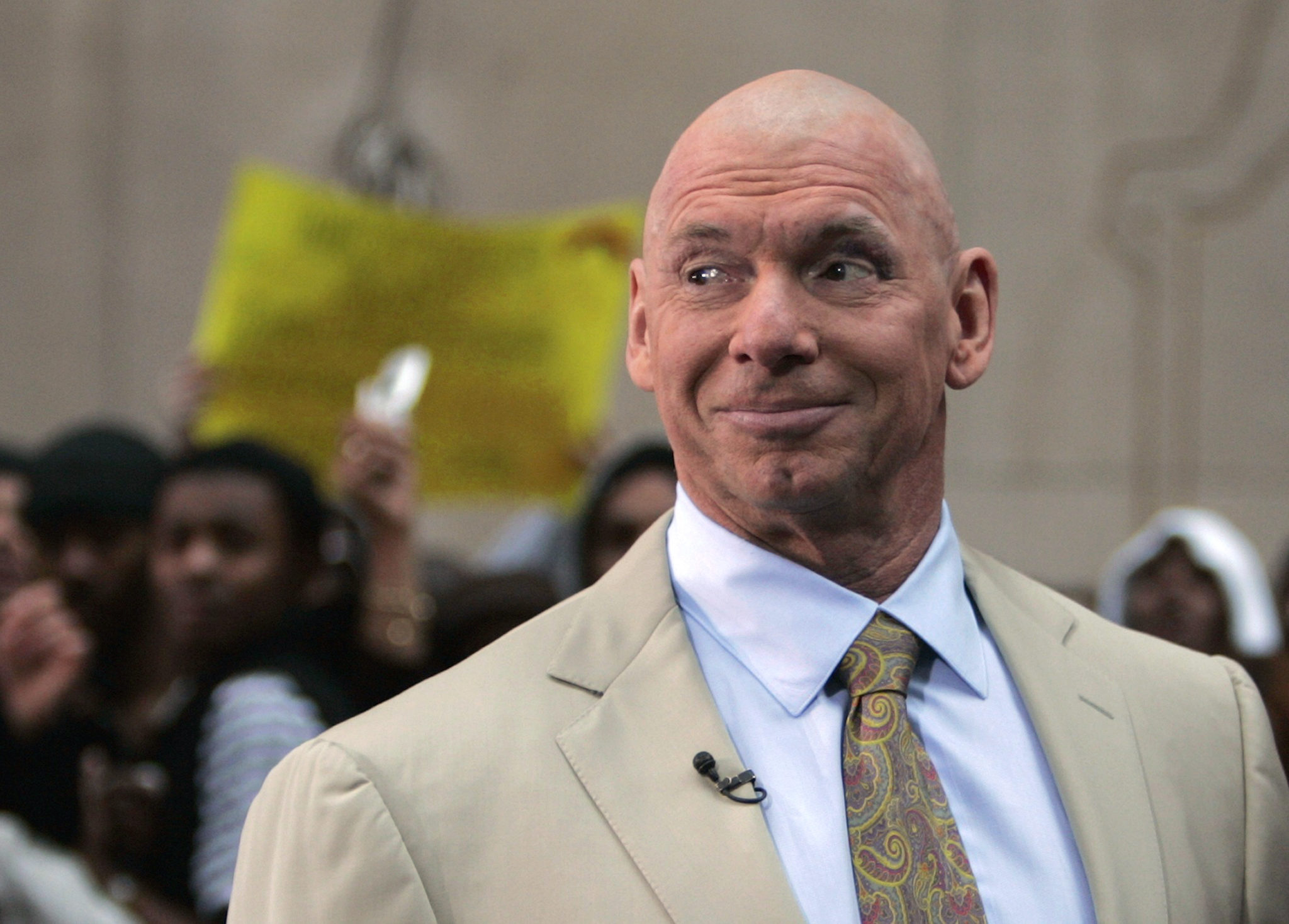 FILE PHOTO: World Wrestling Entertainment chairman Vince McMahon looks out at the crowd during a segment of NBC's "Today" show in New York in this April 2, 2007 file photo. REUTERS/Brendan McDermid/Files

A brawl between World Wrestling Entertainment Inc’s bears and bulls could reach a peak this year as the company renegotiates overseas contracts.

While a large contingent of short sellers have been betting that the stock will fall, WWE’s most ardent Wall Street fans say it will continue to rise even after outperforming the stock market last year and for much of 2019.

Shares in WWE soared 144 percent in 2018 as U.S. TV license deals blew past analyst expectations with a 3.6-times hike in average annual value from its previous agreements.

The stock has risen another 12.6 percent so far this year as investors are betting on license renewals being negotiated in countries including India and the United Kingdom, which WWE expects to announce by mid-year.

Ten out of 13 analysts have buy ratings on the stock while three recommend holding the stock which last traded at $84.87. The mean share price target is $102.70 with the highest target at $157 and the lowest at $85, according to Refinitiv.

While the stock has already risen a lot on expectations for new business, Gabelli Funds analyst Alexandra Cowie says it still has room to gain further.

“I wouldn’t be selling before the contract news. Going in and coming out of announcements, it gets a double bump,” said Cowie, whose firm owns more than 174,000 WWE shares.

WWE is in an unusual entertainment category. Unlike traditional sports, its fights are scripted, but analysts measure its popularity against sports because it still involves athleticism and suspense.

Guggenheim Securities analyst Curry Baker expects a UK renewal similar to WWE’s current contract there. But he anticipates a fivefold boost to its average annual revenue in India to $124 million.

“The market is underappreciating the India opportunity,” said Baker who has a $105 price target and a buy rating on WWE.

MKM analyst Eric Handler, who raised his price target for the stock to $110 from $95 on Tuesday, says a possible U.S. deal for a third weekly hour of Smackdown could add $50 million to annual revenue. The company declined to comment on the prospect of an additional hour.

WWE shares have fallen roughly 9 percent since last Thursday. On Wednesday, Chief Executive Vincent McMahon sold 3.2 million of his shares, or four percent of WWE’s shares outstanding, to fund a separate entity. The stock last traded down 0.9 percent on Thursday in active trade though analysts said the news did not change their outlook

It has also come under pressure as the broader market has been losing ground on worries about global economic growth. But analysts say WWE contracts – which are for around three to five years – provide some insulation against economic fluctuations.

In the United States, live sports have been a key draw for cable TV subscribers, at a time when many consumers are cutting the chord to avoid high monthly fees.

“It feels like one of the lower-risk higher-return names in the media space,” said Baker.

Still, about 17 percent of WWE’s float is sold short, according to data from S3 Partners which estimates short seller mark-to-market losses of $359 million since the start of 2018.

The bets against the stock can be partly attributed to hedging by investors in its convertible bonds due in 2023, according to BTIG analyst Brandon Ross. “That’s contributed to it,” he said.

Wall Street expects 2020 earnings before interest, tax, depreciation and amortization (EBITDA) of $460.59 million on $1.33 billion revenue, according to Refinitiv data. Ryvicker expects EBITDA of $510 million on revenue of $1.423 billion.

WWE’s enterprise value is roughly 14.8 times her 2020 EBITDA estimates compared with multiples of 32 for Madison Square Garden, 33.2 for Liberty’s Atlanta Braves subsidiary and 12.6 for the Formula One subsidiary, the analyst wrote.

WWE “has no reason not to trade right in-line with its closest peers,” Ryvicker said.

Sinéad Carew is a reporter for the Reuters News Service.