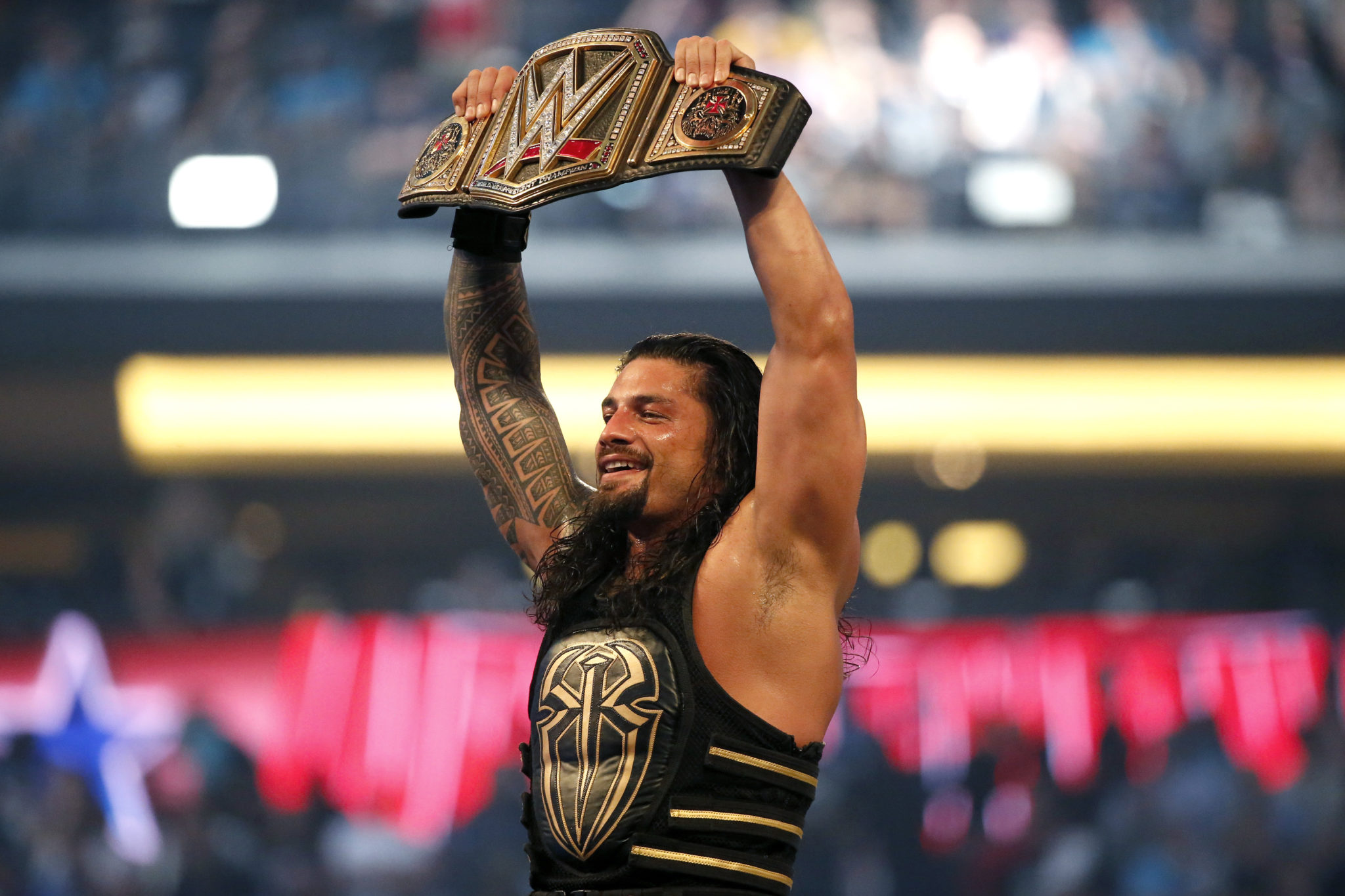 The Rock says this: know your role and set the “Smackdown” station to Fox.

WWE is ready to lace up its boots for a prime-time move from USA Network to Fox, where the sports entertainment behemoth will nestle in a loaded lineup that includes the NFL, Major League Baseball and NASCAR.

“The Man” Becky Lynch, Roman Reigns, Kevin Owens and some of WWE’s former greats will be in the ring when “Friday Night Smackdown” debuts Friday night. It marks the start of a billion-dollar, five-year deal on Fox for the wrestling company’s first live, weekly show on a big four broadcast TV network since Buddy Rogers was crowned the first champ in 1963. The rights money and ratings expectations raise the pressure to produce a hit show for chairman Vince McMahon’s global wrestling company.

Unlike the action in the ring, WWE isn’t pulling any punches to launch the show in an A-list way: Dwayne “The Rock” Johnson is set to step away from the movie set and step back into WWE for an unspecified role on the debut.

“FINALLY…I come back home to my (at) WWE universe,” Johnson tweeted. “This FRIDAY NIGHT, I’ll return for our debut of SMACKDOWN! LIVE on (at)FOXTV. There’s no greater title than (hash)thepeopleschamp.”


Johnson sparked the show’s title nearly 20 years ago when he was still a wrestler and vowed to “lay the smack down” on anyone who got in his way. The WWE had already had success with “Raw” for six years on the USA Network when “Smackdown” made its debut in August 1999 on UPN.

The show has bounced around nights, cable networks (yes, even a stint on the SyFy channel) and modified its name several times over the last 20 years. It spent the last three years as “Smackdown Live” on the USA Network. Fox has blown out its new acquisition and placed WWE stars all over the network to promote the show.

“Smackdown” airs live from Staples Center and the company is set to welcome back some of the biggest names in wrestling history. Hulk Hogan, Ric Flair, Goldberg and Sting will be in the house. Brock Lesnar will wrestle on “Smackdown” for the first time since he returned from his UFC stint in 2012. He takes on WWE champion Kofi Kingston in a rematch of their “Beast in the East” bout from 2015. Lesnar needed just 2 minutes, 36 seconds to top Kingston.

“I think the opportunity to go to a broadcast platform with partners like Fox that not only want to take what you do and embrace it, but help you to make it something more, increases the value,” WWE executive and performer Paul “Triple H” Levesque. “You’ll see changes right away.”

The big change includes getting its own weekly studio show , “WWE Backstage.” The show is hosted by Renee Young and Booker T and premieres Nov. 5.

WWE was once a ratings machine, churning out millions (and millions!) of viewers each episode and the stars and their catchphrases became part of the trash-talking lexicon. While live TV and hours of content each week make the company attractive to TV networks, WWE struggled to produce a new wave of big stars and exciting storylines of late, which saw ratings dip seemingly by the week.

When the Sept. 27, 2010, edition of “Raw” drew 3.8 million viewers, the wrestling website PWInsider.com asked, “is it time for Vince to panic yet?” But when Monday’s show hit 2.57 million viewers , that number needed the star power returns of Hogan and Flair to captain teams for an upcoming WWE Network event to even hit that seven-week high.

“I think any show that has been on the air as long as ‘Raw’ and ‘Smackdown’ have, you’re going to have moments in time where things ebb and flow,” Levesque said. “When you look back over it, you hope that as you look back 10 years from now, you go, ‘oh, there was a little dip there but it wasn’t for long and they corrected course and got right.’”

“Smackdown” should receive a natural ratings jump from moving to network TV and a potential shift in the way Nielsen counts viewers. Fox has publicly been nonplussed about the shrinking viewership (“Raw” remains on USA).


“They haven’t had the programming and awareness that they will have on Fox,” Shanks said. “We’re hoping it will grow after the anniversary show.”

WWE has leaned on past greats such as Hogan and “Stone Cold” Steve Austin much more lately, perhaps to get the lapsed fan. “Raw” and “Smackdown” are expected to have their own distinct rosters.

WWE moved its NXT brand off its own streaming network to USA Network on Wednesday where it goes head-to-head with upstart promotion All Elite Wrestling’s new “Dynamite” show. WWE still has three hours of “Raw,” two hours of NXT and two hours of “Smackdown” each week to go with the 24/7 content of WWE Network and a monthly Sunday PPV that stretches three or four hours. The time commitment can wear out even the most diehard fan’s attention span.

“Nobody does live events and sports spectacles like Fox does,” Levesque said, “with the exception maybe of WWE. It’s the perfect partnership. This is a great time for us.”