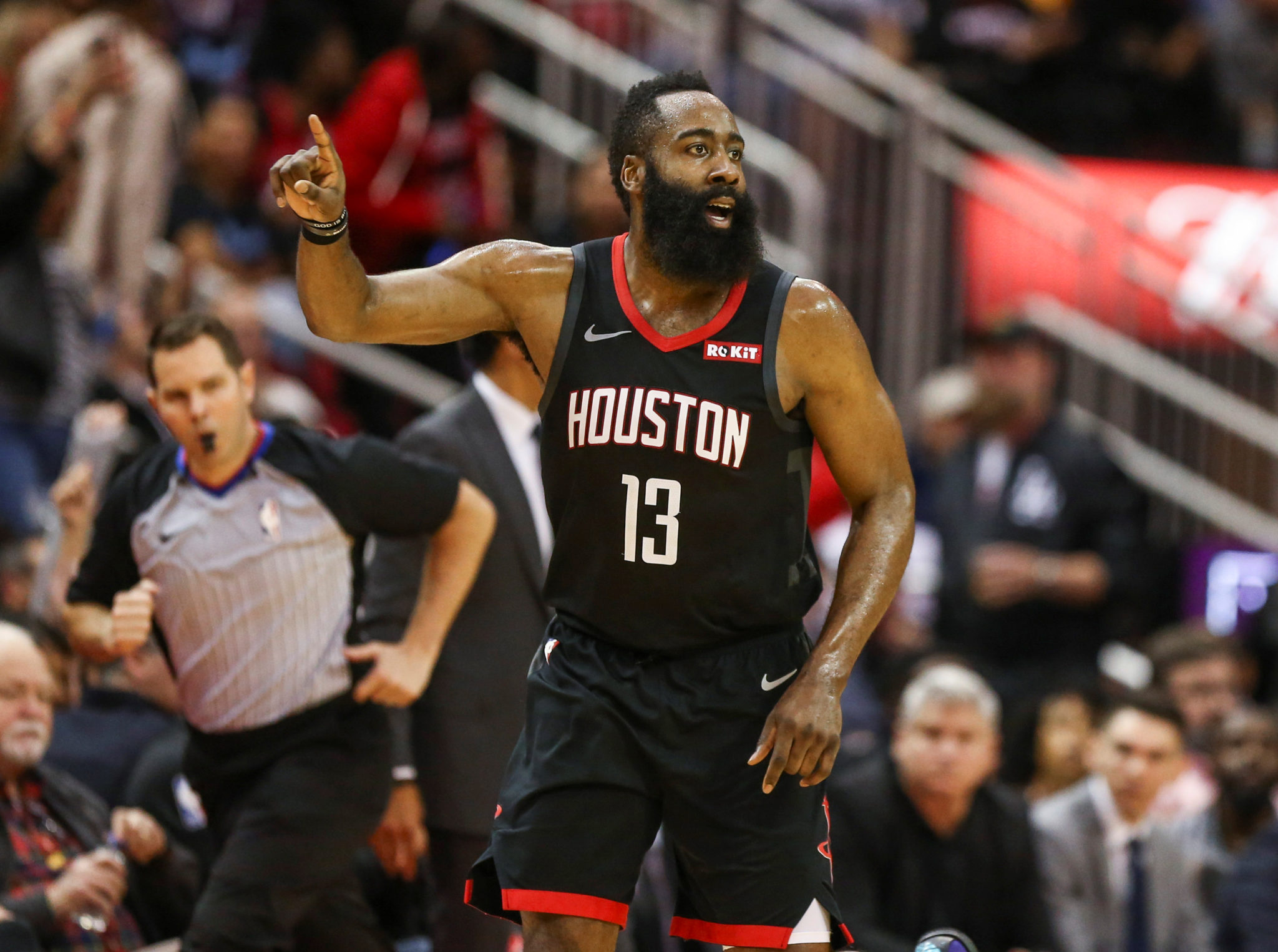 James Harden is dribbling his way to one of the most prolific offensive seasons in NBA history but it’s probably fair to say that no one saw it coming.

Not the league’s helpless defenders who flail and foul him each night, not his Houston Rockets team mates, not even the coach who helped mold Harden as a player from his beard-less teenage years.

Scott Pera, who coached Harden at a Los Angeles area high school and now leads the Rice University college basketball team, said he never imagined his former player would morph into one of the all-time great offensive weapons.

“No way humanly possible. This is not even something that enters the realm of your brain,” Pera told Reuters.

“What he’s done with the Rockets is absurd. It’s been incredible to follow.”

Harden has ambushed the NBA this season and is averaging 36.7 points per game — the highest total in 32 years and one only ever bettered by Wilt Chamberlain and Michael Jordan.

The points have come in floods and streaks, including a run of 32 straight contests with 30 points. His current groove includes 135 in his last three games and it is winning him plenty of admirers.

“He’s doing it easy, too,” Golden State Warriors forward Kevin Durant said earlier this season. “You know when guys step into superstardom. He’s at the peak of his powers.”

The 29-year-old’s assault on this particular peak came about more from team necessity than design.

When the Rockets pushed the champion Golden State Warriors to seven games in last year’s Western Conference Finals, it looked like Houston had stamped itself as a title challenger.

But there were struggles at the start of the season and it was only when injuries sidelined key players like Chris Paul and Clint Capela that the Rockets unleashed the game’s best one-on-one player.

Harden’s isolation style can be polarizing, and at one point during this year’s individual assault he recorded 304 straight unassisted points.

But there is real mastery in watching Harden dissect defenses. He rocks back and forth with a compact dribble until he finds space for his jump shot, an opening for a drive, or contact that draws a foul.

“It’s so hard (not to foul him),” Nuggets coach Michael Malone said prior to a meeting with the Rockets last month.

“You have to show your hands all night long. It’s a hell of a challenge. He’s learned to play the system very well, and you have to give him credit for that.”

Harden exploits the trends of today’s NBA better than any player. In a league where the three-pointer is king, and an easy two points is queen, Harden rules in each facet.

Consider that he has attempted nearly 200 more three pointers than shooting artist Stephen Curry, and shoots 11.5 free throws per game to easily lead the NBA in both categories.

Pera, who said he follows Harden closely throughout the season and still texts him before and after each game, told Reuters that Harden has worked tirelessly to continually evolve.

This has been true, Pera said, at each stage of his career: from good high school recruit to great college player, to NBA sixth man and now future Hall of Famer.

What impresses Pera most these days, though, is Harden’s mental game.

“The speed of the game is so slow in his head,” Pera said. “In his mind, the defender in front of him does not exist – it’s the other eight guys that he’s watching.”

This year’s Harden evolution includes a signature step back three-pointer that is being emulated throughout the league.

The Rockets have also noted that Harden has put increased focus on fitness this year by adding extra workouts and changing his diet.

Houston (39-25) is finally catching up to the pace set by their star guard, and with improved health they have won six straight games to climb to third in the Western Conference.

If all continues, Harden is likely to repeat as league MVP and climb the ranks of the best players of all time.

“That’s what I put my jersey on for,” Harden told the Houston Chronicle. “What I lace my shoes up for — to be the best I can be. When it’s all said and done, be mentioned as one of the best players to ever touch a basketball.”