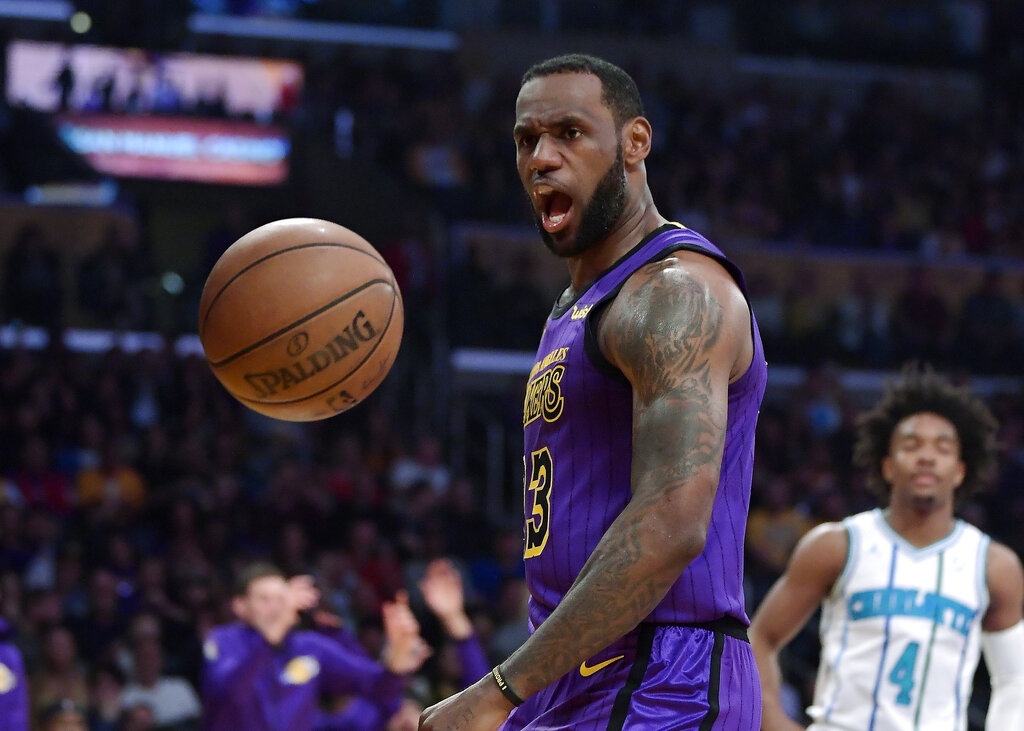 Kyle Kuzma added 20 for the Lakers, who have won three straight at home. Lance Stephenson had 14 points and 13 rebounds off the bench.

Kemba Walker scored 24 points and had six assists for the Hornets, who trail Miami for the final playoff spot from the Eastern Conference by two games with seven games remaining.

Jeremy Lamb shot 1 for 11 shooting for seven points in 20 minutes after spraining his right ankle against San Antonio on Tuesday.

Though Caldwell-Pope did most of his damage from 3-point range, where he was 6 of 10, Charlotte struggled to defend Los Angeles inside the arc. The Lakers made 62 percent of their shots there (33 for 43), with Kuzma going 7 for 8 and James 7 for 12.

The Lakers had a 69-59 lead at the half and pushed it out to 20 points with a 14-4 run to start the third quarter, but the Hornets would trim the deficit back to 10 going into the fourth.

Caldwell-Pope had 17 points in the first half and made 4 of 6 3-point attempts.

Hornets: The Hornets had six players score in double figures, including Dwayne Bacon with 21 points. Miles Bridges had 17, and Frank Kaminsky III and Marvin Williams each added 13. … Charlotte was 16 of 17 at the free throw line, with Bismack Biyombo accounting for the only miss.

Lakers: Stephenson got his first double-double of the season. … Rookie F Johnathan Williams had 13 points in 21 minutes.