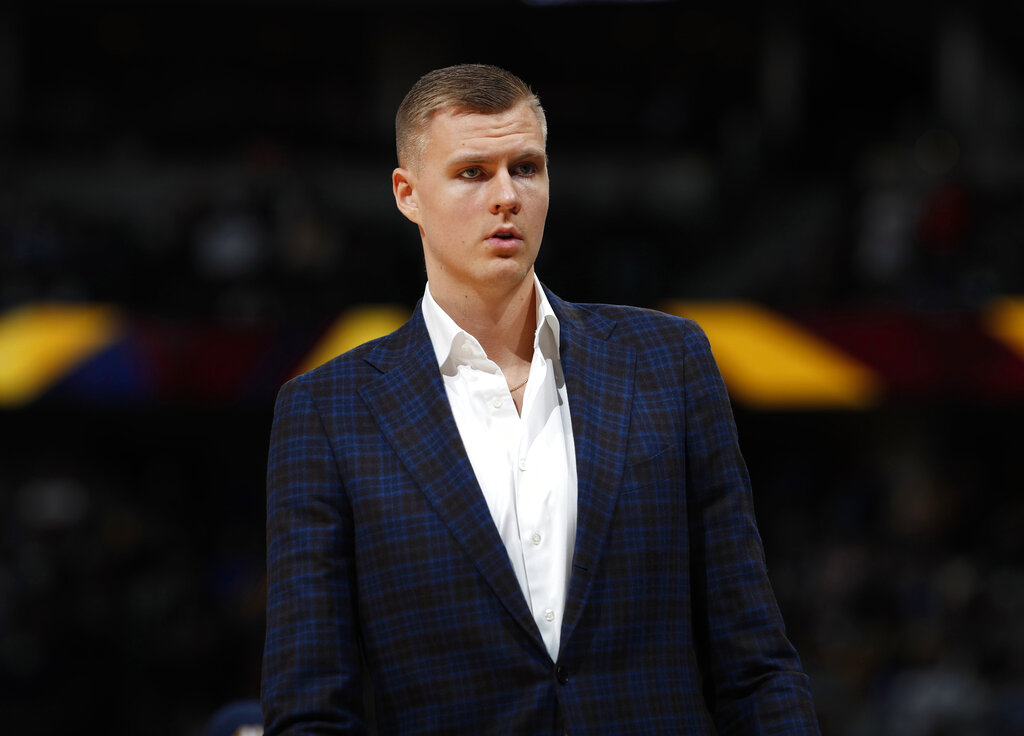 FILE - In this March 14, 2019, file photo, Dallas Mavericks forward Kristaps Porzingis stands during the second half of the team's NBA basketball game against the Denver Nuggets in Denver. An attorney for Porzingis acknowledges that a woman has accused the NBA star of rape, but “unequivocally” denies the allegation. Lawyer Roland Riopelle said Saturday, March 30, that the claim against the Dallas Maverick was part of an extortion attempt that is being investigated by the FBI. (AP Photo/David Zalubowski, File)

NEW YORK — An attorney for Kristaps Porzingis acknowledged Saturday that a woman has accused the NBA star of rape, but says the Dallas Mavericks forward “unequivocally” denies the allegation.

Lawyer Roland Riopelle said the claim against the player was part of an extortion attempt that is being investigated by the FBI.

Citing unidentified law enforcement officials, the New York Post and other news organizations reported earlier that a woman went to police Thursday and said Porzingis raped her in his Manhattan apartment last year while he was playing for the Knicks.

While playing for the Knicks last year, Porzingis suffered a major knee injury during a game at Madison Square Garden against the Milwaukee Bucks that the Knicks lost. He then went home and invited the woman to his luxury Manhattan apartment where she alleges she was sexually assaulted, the Post said the woman told police.

“We made a formal referral to federal law enforcement on December 20th, 2018, based on the accuser’s extortionate demands,” Riopelle said in a statement.

The attorney says the NBA was also notified.

Porzingis, a 23-year-old native of Latvia, was traded to the Mavericks in January. But he’s not expected to play with the team till next season while he recovers from the injury.