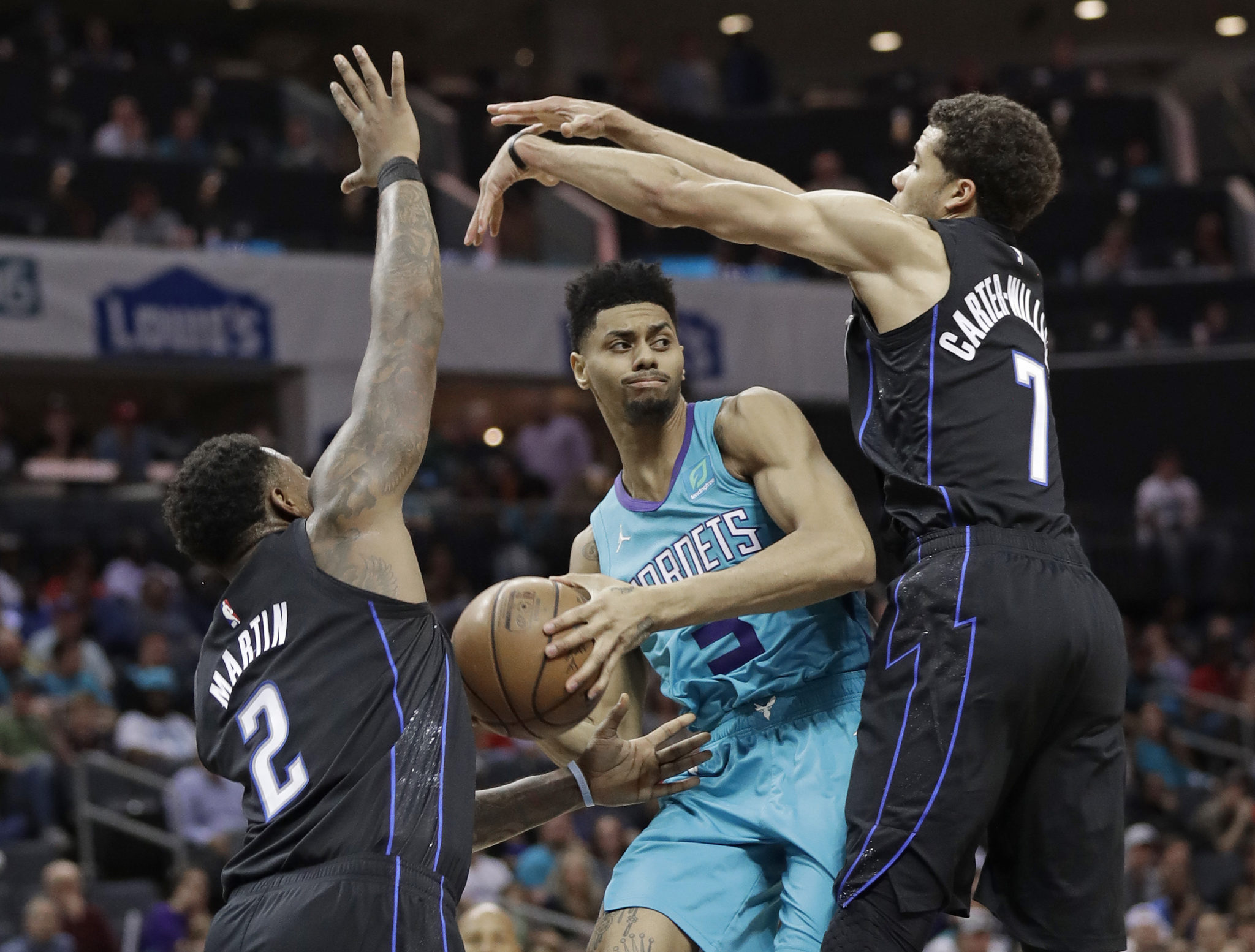 NEW YORK — Luke Kennard scored 27 points, Reggie Jackson had 21 and Andre Drummond added 20 points and 18 rebounds as the Detroit Pistons locked up the Eastern Conference’s final playoff spot with a 115-89 victory over the New York Knicks on Wednesday night.

The Pistons will face the top-seeded Milwaukee Bucks in the opening round.

Jackson scored 14 points and Drummond had 10 points and seven rebounds in the first quarter as the Pistons never trailed and led by as many as 16 points. Neither Jackson nor Drummond played in the fourth quarter.

John Jenkins led the Knicks with 16 points, and Kadeem Allen added 13. Henry Ellenson scored 12 points, and Mitchell Robinson and Isaiah Hicks each had 11.

MILWAUKEE — Russell Westbrook got his 34th triple-double of the season and Oklahoma City beat Milwaukee to lock up the sixth seed in the Western Conference playoffs.

Oklahoma City played without injured Paul George, but Westbrook, Jerami Grant and Dennis Schroder led a hot-shooting effort from 3-point range. Westbrook had 15 points, 17 assists and 11 rebounds. He moved into a tie with Magic Johnson for second place on the career triple-double list with 138. Schroder had 32 points, and Grant added a career-best 28.

The Bucks had already clinched the No. 1 seed in the Eastern Conference and rested star Giannis Antetokounmpo and some other key players.

CHARLOTTE, N.C. — Kemba Walker scored 43 points in what may be his final game with Charlotte, a loss to Orlando that eliminated the Hornets from playoff contention.

Terrence Ross scored a season-high 35 points, Aaron Gordon added 27 and the Magic clinched the seventh seed in the Eastern Conference playoffs and will face the Toronto Raptors in the first round.

Aside from Walker’s sharp shooting, nothing went right for Charlotte on the final night of the regular season. The loss also means Tony Parker’s string of 17 straight playoff appearances is over.

NEW YORK — Dwyane Wade recorded one last triple-double before heading off to retirement, and Brooklyn headed to Philadelphia to take on the 76ers in the first round of the Eastern Conference playoffs after securing the win and the No. 6 seed.

Wade had 25 points, 11 rebounds and 10 assists in his final NBA game with close friends LeBron James, Chris Paul and Carmelo Anthony leading the cheers from their courtside seats.

D’Angelo Russell had 21 points on seven 3-pointers for the Nets, who will face the third-seeded 76ers beginning this weekend in their first postseason appearance since 2015.

Nowitzki finished with 20 points and 10 rebounds in the finale of his storied 21-season career — all with the Mavericks.

The Spurs head into the Western Conference playoffs as the No. 7 seed.

Kevin Durant led the Warriors with 21 points, while Klay Thompson finished with 19. Durant and Thompson, who sat out Tuesday’s win at New Orleans, were the only Golden State starters to play. Both saw action only in the first half.

Golden State entered the game with its playoff position set atop of the Western Conference and sat most of its stars.

PHILADELPHIA — Jonathon Simmons scored 20 points to lead Philadelphia over Chicago in the regular-season finale for both teams.

In preparation for the playoffs, the 76ers rested all five starters, and star center Joel Embiid’s status for the opener is in question. The third-seeded Sixers said the 7-foot center’s achy left knee may prevent him from playing in the postseason opener this weekend against sixth-seeded Brooklyn.

Tyreke Evans scored 27 points and Sumner had 22 as the Pacers won despite resting most of their top scorers.

Prince and Trae Young each scored 23 points for Atlanta. John Collins scored 20 points and set a career high with 25 rebounds.