The injuries pile up, and the Warriors’ reign ends 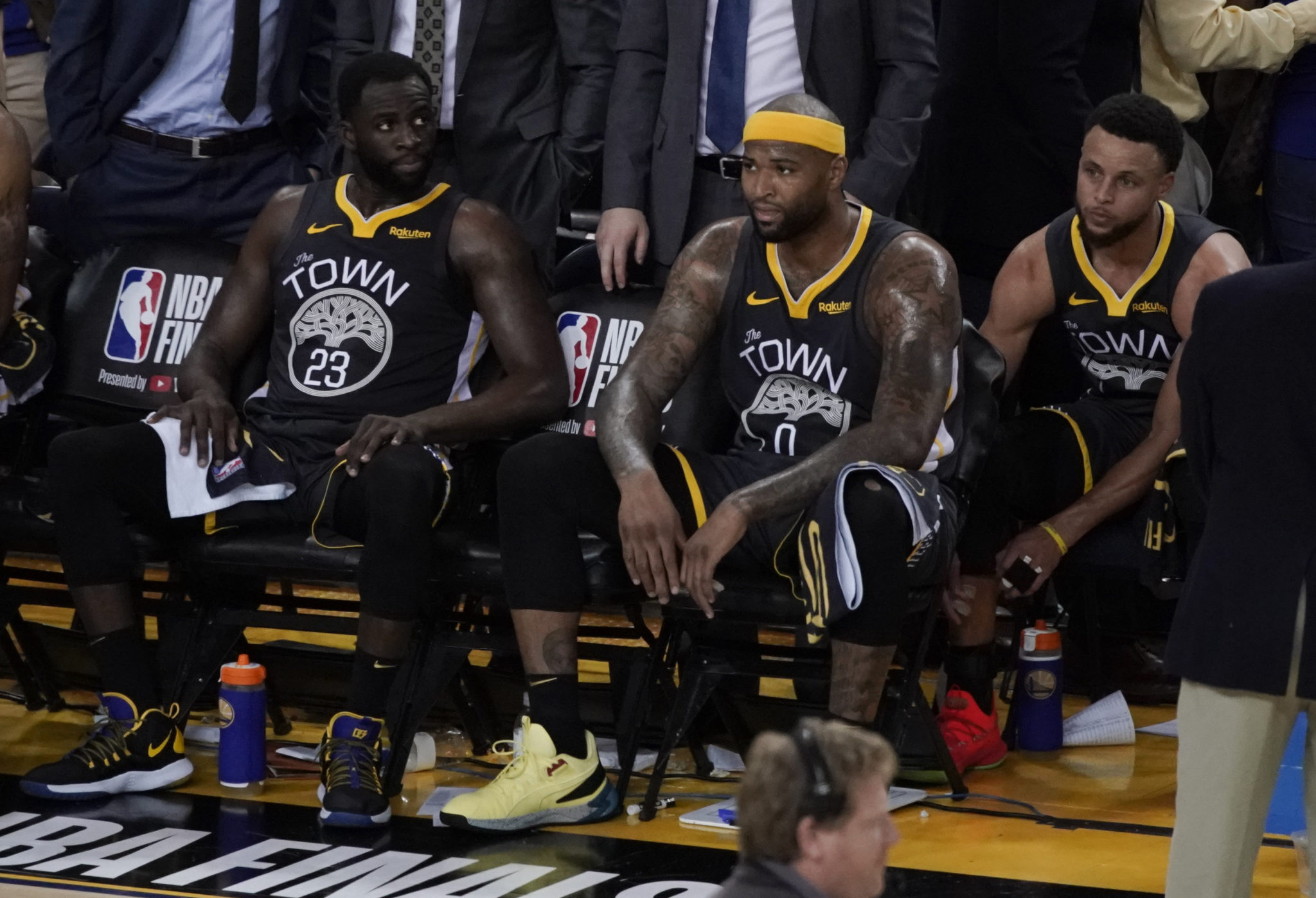 OAKLAND, Calif. — In the end, they were just battered and broken.

The Golden State Warriors are champions no more.

The reign ended Thursday night in the last game they’ll ever play at Oracle Arena, one where they entered without Kevin Durant and left without Klay Thompson. The roster depletion was just too taxing, even for warriors like the Warriors to bear, and they lost Game 6 of the NBA Finals 114-110 to the Toronto Raptors.

Toronto won the series 4-2, finishing it off a few minutes after Thompson used crutches to hobble out of Oracle and into perhaps an uncertain future. He got hurt in the third quarter, fouled on a dunk attempt and landing awkwardly on his left knee — which buckled in a manner that’s often a telltale sign of big trouble.

He left the game, then limped out of the tunnel and returned to the court — drawing raucous cheers — so he could shoot his free throws, allowing him to possibly return after being evaluated. He made both shots, the Warriors then took a foul a few seconds later and Thompson retreated toward the locker room again. A few minutes later, the word came: Thompson was done for the night.

The reign was done not long afterward.

Golden State still had a chance, even in the final seconds. Stephen Curry missed a 3-pointer with about 6 seconds left that would have given the Warriors the lead. The actual ending came several minutes later after long delays following a technical on Golden State for calling a time-out it didn’t have and then a long review of a foul on Toronto’s inbounds pass with less than a second left.

And for the Warriors, it just prolonged the inevitable.

It was a sad farewell to Oracle for so many reasons. The 2,070th and final game in that building that the Warriors called home for 47 seasons. The first game since Durant had surgery to repair his ruptured Achilles. The last loss of the season. The end of the quest for three straight championships. And if all that emotion wasn’t enough, now there’s fear for Thompson’s future.

Thompson will be a free agent on June 30. The Warriors have said they want to keep him, and they likely still will. But if he has a major knee issue now that would be on top of the injury that will likely keep Durant — another probable free-agent-in-waiting, maybe the biggest domino that will fall this summer to start an expected player-movement bonanza — off the court for all of next season.

The irony with Thompson’s injury is he doesn’t get hurt. Thompson one of the most durable players in the league. He strained a hamstring earlier in these finals and missed one game. He may have done a number on his knee on Thursday and was still lobbying to stay in the game.

He was gone before the Raptors’ celebration. When the Warriors start play next season at the new Chase Center in San Francisco, there will be no banner to raise, no rings to hand out. An era is over. A new one will have to begin.