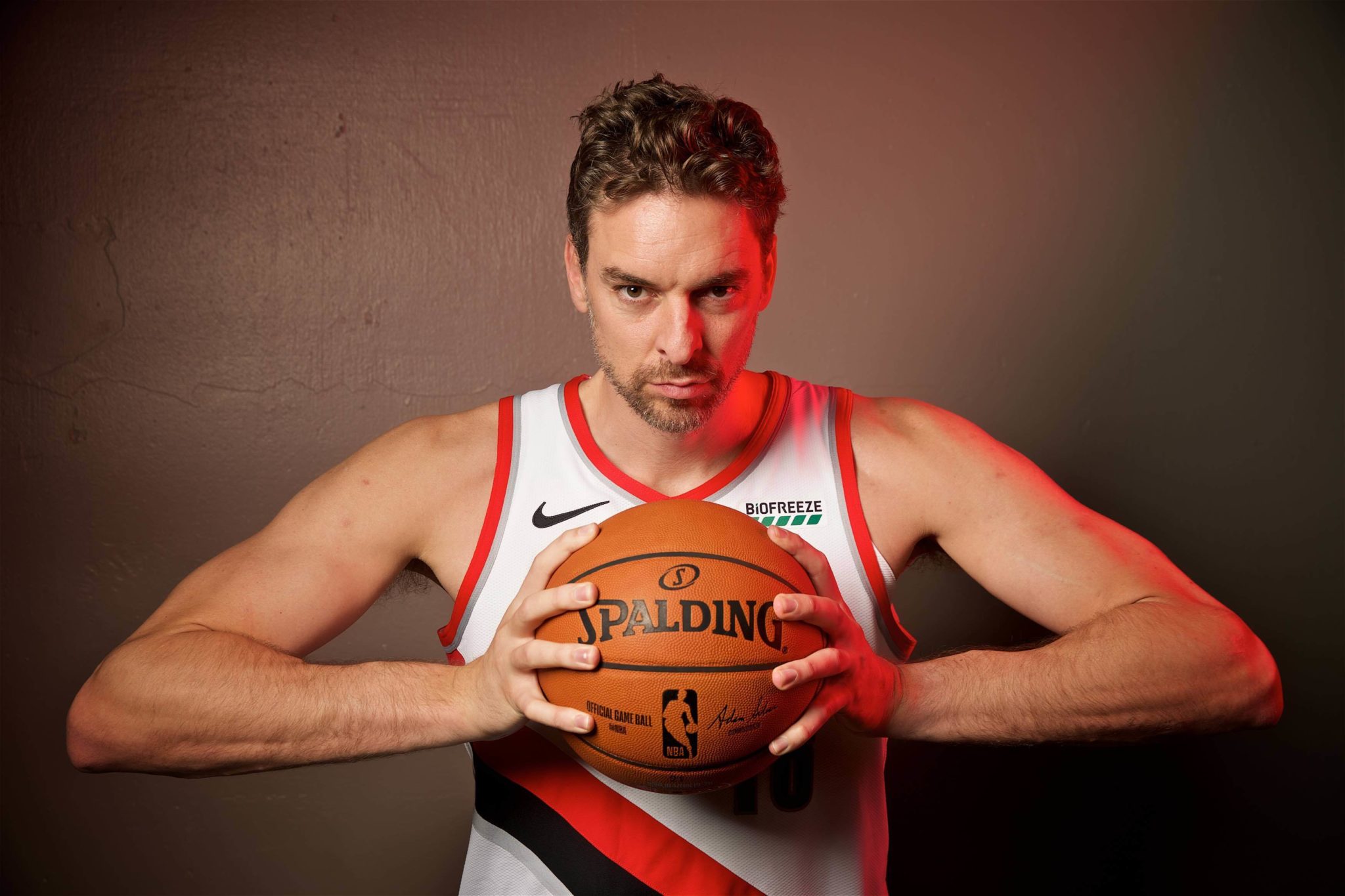 Pau Gasol is already having an impact in Portland without even taking the court: The 7-foot Spaniard has become something of a mentor for the younger Trail Blazers.

What a mentor to have.

He’s a six-time All Star and one of just four players with over 20,000 points, 11,000 rebounds, 3,500 assists and 1,500 blocks in his career, along with Kareem Abdul-Jabbar, Tim Duncan and Kevin Garnett. He’s got a pair of NBA championship rings from a stint with the Lakers.

About to embark on his 19th NBA season, Gasol is hoping for a fresh start with the Blazers. He came to Portland as a free agent in the offseason but he’s been limited at the start of training camp as he makes his way back from surgery to repair a stress fracture in his left foot.

Gasol played just three games for the Milwaukee Bucks last season before the surgery. The Bucks signed him in March after he reached a buyout agreement with the San Antonio Spurs. In total, he played in just 30 games last season, averaging 3.8 points and 4.6 rebounds.

“I hope to add leadership on and off the court, experience and also quality of play. I’m excited after a difficult health year, frustrating. I’m excited to just work on my body and be healthy so I can do what I do on the floor and just have fun with the guys and compete, and play as hard as I can,” he said.


Zach Collins, a fellow 7-footer heading into his third season with the Blazers, texted Gasol the moment he learned Portland had signed him. Collins told Gasol he was going to be a “sponge” when it comes to the veteran’s knowledge.

“A guy like that, he’s a Hall of Famer, he’s a legend, someone that has gone against the best in the biggest moments and shown out,” Collins said. “He’s an extremely good player, and extremely good dude.”

Skal Labissiere said he’s never been on a team that has had a player as accomplished as Gasol at his position.

“I grew up watching him. I remember being in Haiti, in front of my little TV and just watching Pau Gasol,” said Labissiere, who is in his second season with the Blazers. “I told him already, I’m like, `Man, I want to work with you throughout the year and learn some things.’”

Gasol, who prides himself on his longevity and ability to change with the game, is embracing the new role.

“I’m excited to work with these guys, with Zach, with Skal, and kind of share the mindset and attitude that I’ve had throughout my career as far as getting better, as far as going out there and giving your best, knowing that some nights it’s gonna go better than others, putting in the work, taking it seriously, doing whatever it takes, handling the emotions the ups and downs of the season _ which you know sometimes can be challenging,” he said. “So within all that I’m gonna be there.”

Gasol’s addition to the Blazers roster was widely seen as a smart move, based on the team’s recent history with its big men.

The Blazers were hurt last season when Jusuf Nurkic broke his leg in a game against Brooklyn on March 25. Fortunately, the team had signed Enes Kanter just before the All-Star break and he was able to help fill in for Nurkic as Portland played its way into the Western Conference finals for the first time in 19 years.

Kanter moved on to the Boston Celtics in the offseason, and Nurkic _ now with a steel rod in his leg _ is expected to be sidelined by his injury until the new year.

So, the Blazers shored up the position in the offseason, adding not just Gasol, but also Hassan Whiteside. Collins will likely see time at center, too.

Gasol is hopeful he’ll be ready to go on opening night. But he’s also aware it’s a long season, and the finish matters more than the start.

“My mindset and motivation is really to get back on the court and feel well and play well, and play the game that I love to play,” he said. “But, also, with really the goal in mind to help this team have the best possible chance at the end of the year. And that requires being ready from today on. Whatever it is that I need to do, and that I can do, I’m willing to do.”